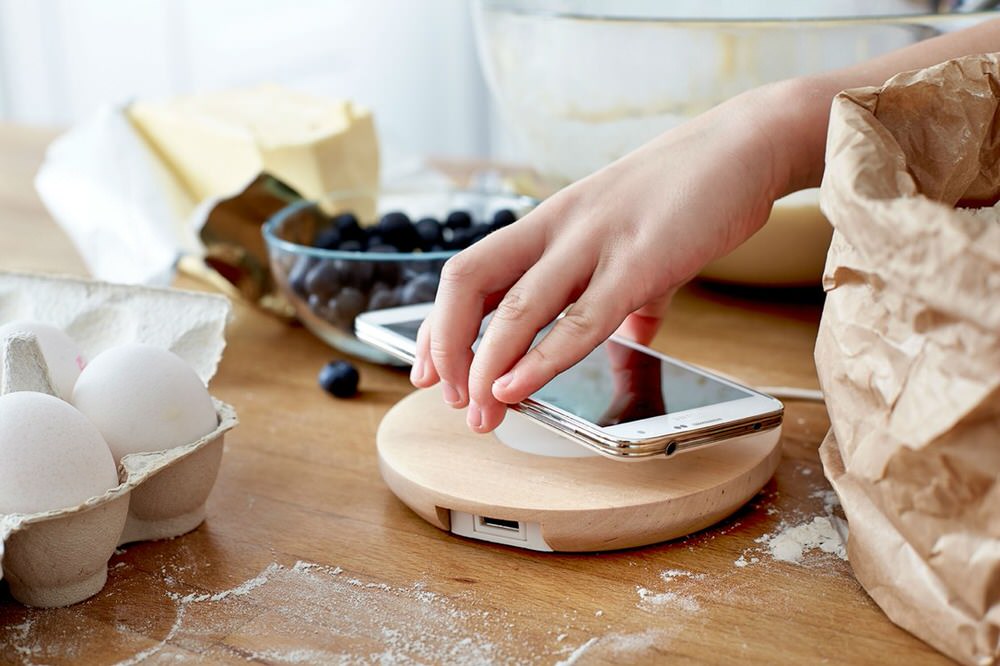 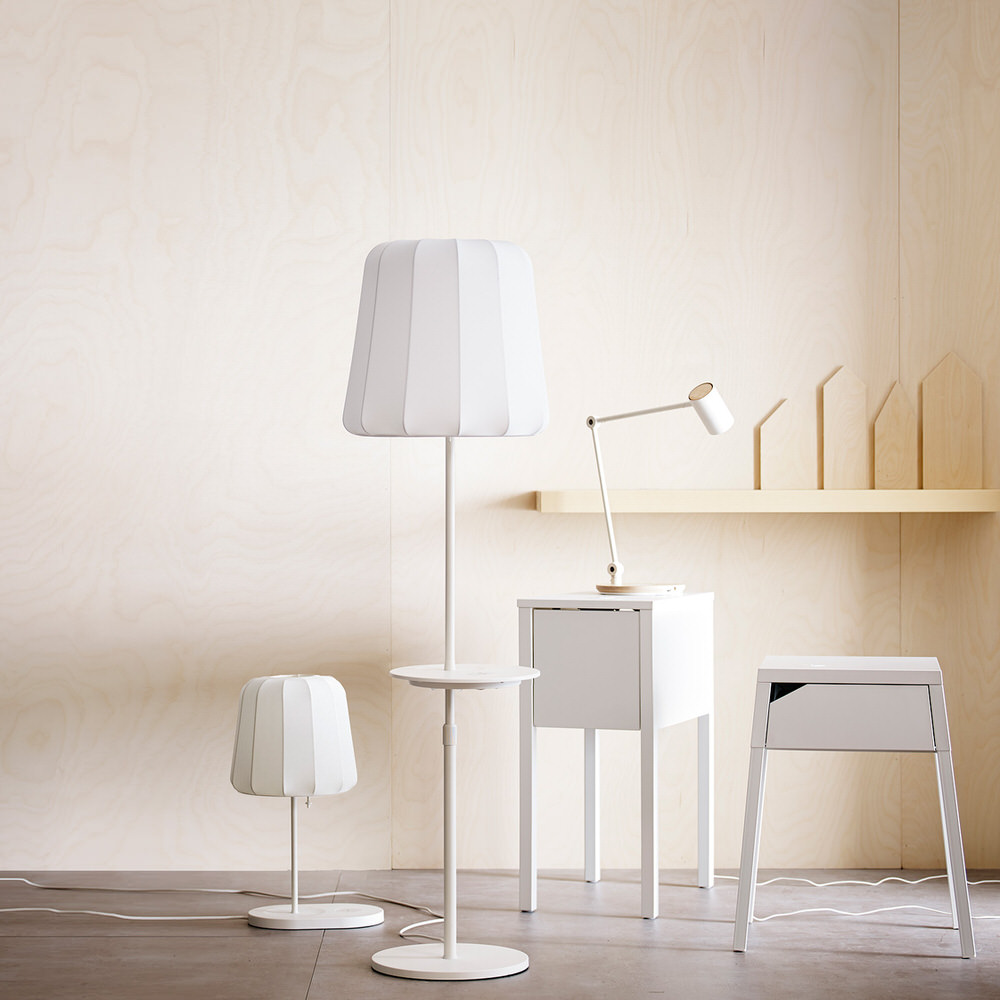 Always keen to keep up with the times, Ikea have just unveiled a new series of furniture and accessories which incorporate wireless charging pads for our smartphones. The charging pads comply with the Qi inductive power protocol which looks set to become the industry standard in this rapidly growing field. The technology is set to become incorporated more and more in our daily lives as newer devices begin to include it. 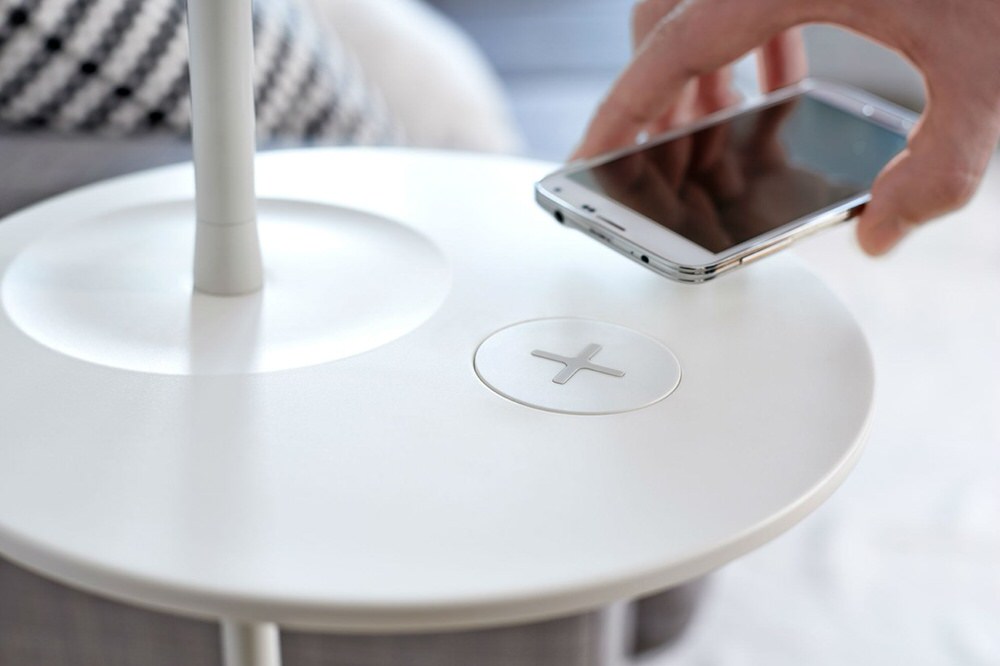 Ikea’s wireless charging spots are defined by a slightly raised grey plus sign — an appropriate symbol indicating both ‘X marks the spot’, and of course signalling the oncoming addition of electrical charge. These plus symbols have a rubber texture and this coupled with the fact that these plus symbols are slightly raised should mean that charging smartphones will remain cushioned and scratch-free.

One of the coolest pieces from Ikea’s new wireless charging furniture range has to be the Riggad work lamp by David Wahl. This is the same designer as this extraordinary pendant lamp from Ikea’s PS 2014 Collection and this new light features a wireless charging pad in its minimalistic base. £49 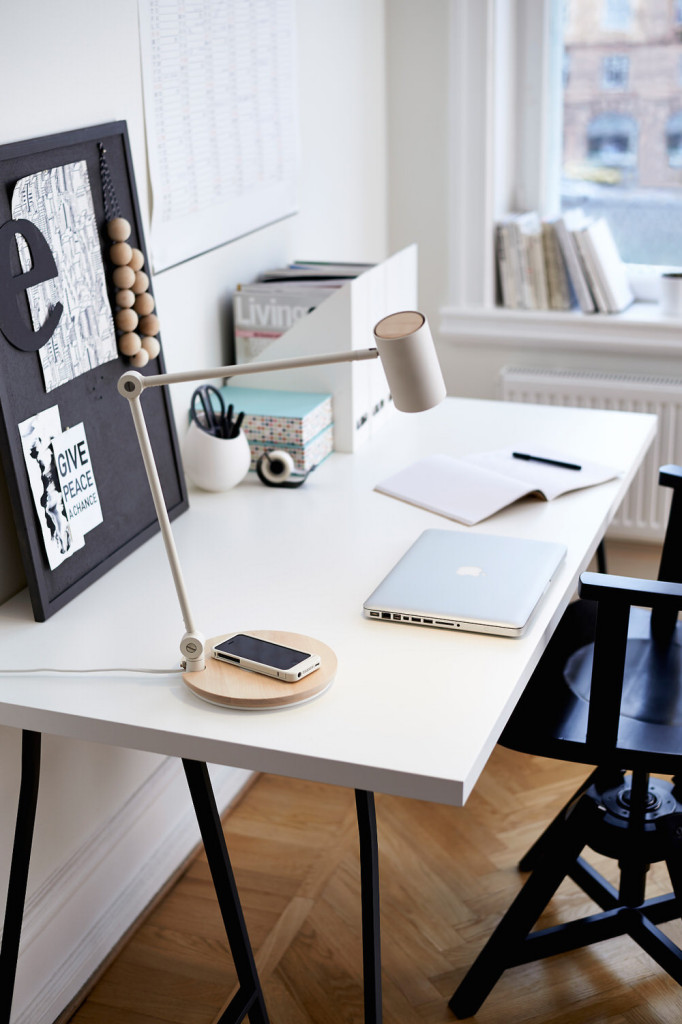 David Wahl has also designed this neat little pad for Ikea’s wireless charging series which is ideal for those who already have all the furniture they could possible need. This pill shaped platform accommodates 3 wireless charging pads and costs £60, but there is also a circular single charger version available for £30 in the same style.

Selje Side Table by Monika Mulder

Monika Mulder designed this bedside table for the series which features a wireless charging pad within its surface. Selje has a minimalist aesthetic in order to fit in with any other style of furniture, and bares spreading legs for added stability as well a simple corner missing from the drawer panel for opening it. £50 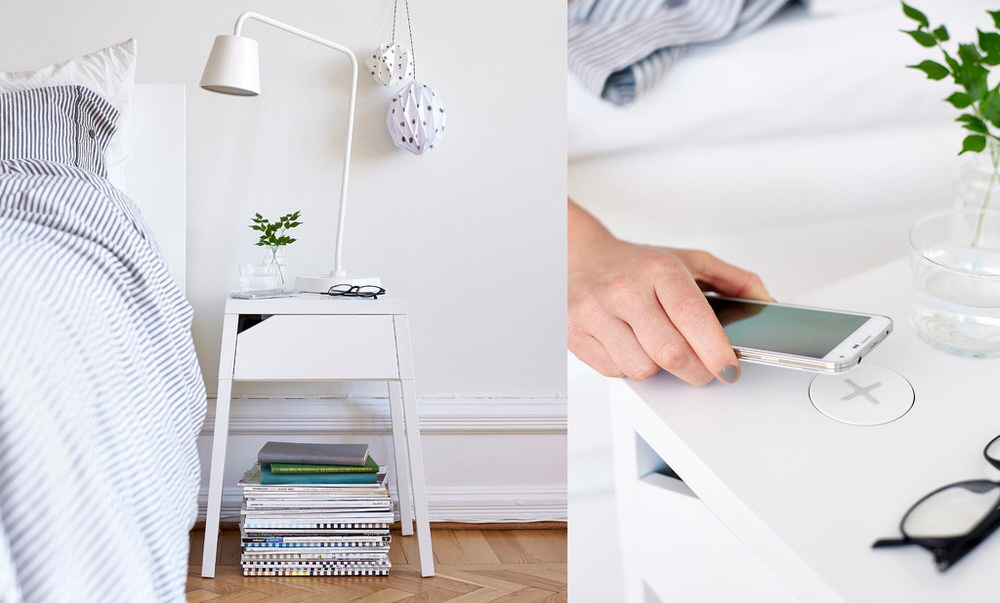 Keen to promote the whole ‘ecosystem’ around the new wireless charging technology, Ikea aren’t exclusively offering furniture with the devices built in, but also selling just the tech itself for a more bespoke arrangement. 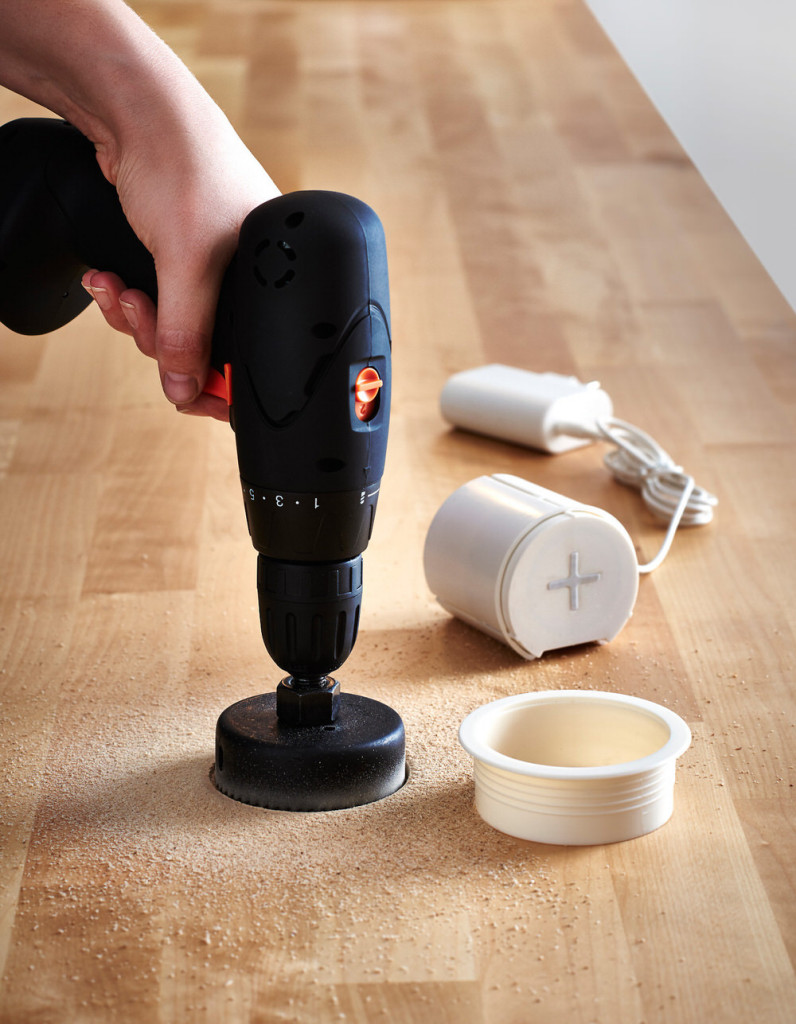 You can purchase the wireless chargers for £30 each and install them into existing furniture or even kitchen work surfaces. They have a cylindrical form and you can simply use a hole saw (which Ikea are also conveniently selling) to create a void to accommodate them.

Not many smartphones currently support wireless charging, but Ikea have also designed these rather basic iPhone and Samsung Galaxy cases which provide support for Qi wireless charging capabilities. The cases are reasonably priced at between £10 and £20, and will allow your phone to charge through any Qi device, not just exclusively through Ikea’s. 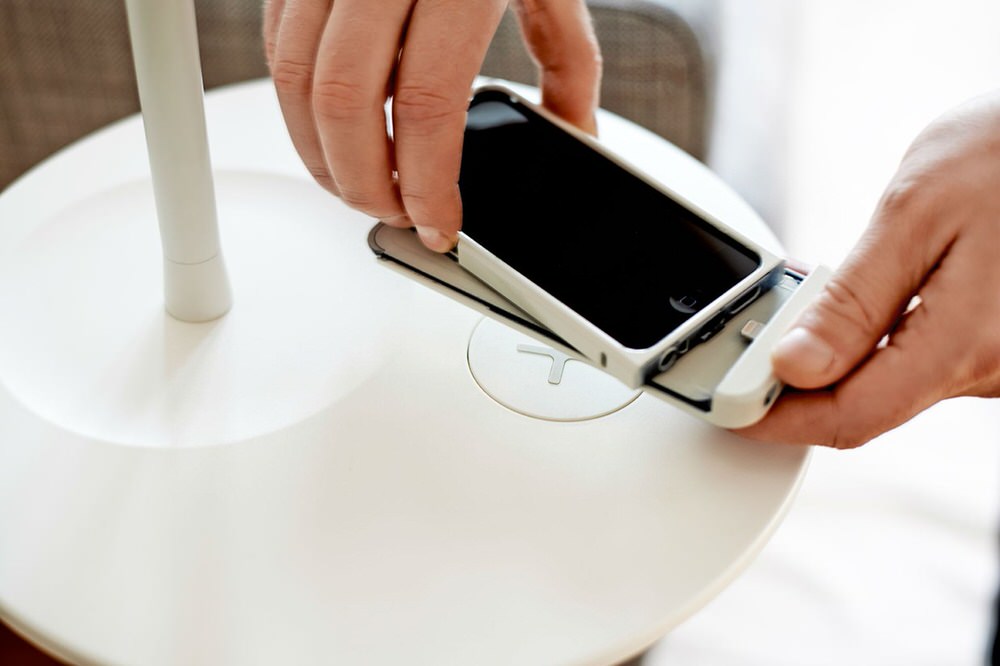