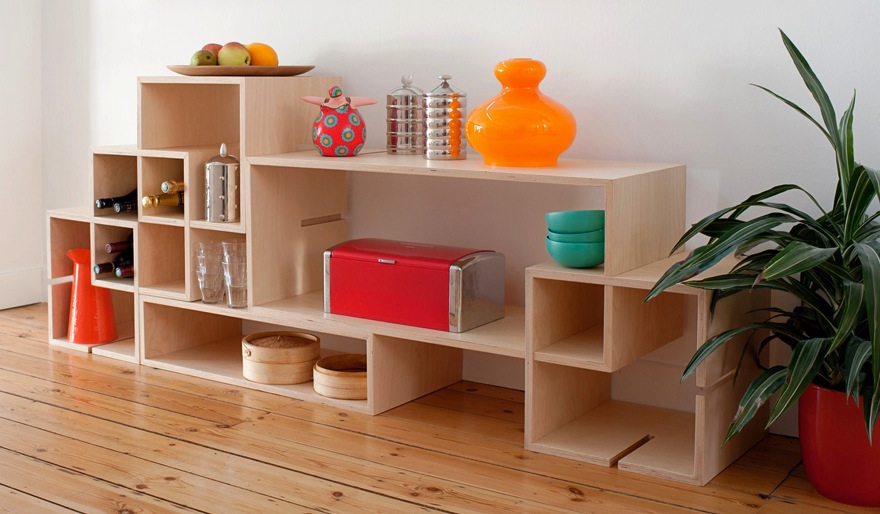 People and their living habits change over time and a fully flexible modular shelving system such as MoModul can change with them. Based around three differently sized plywood modules, a MoModul shelf can be configured in a vast array of ways to suit your daily needs and as with a lot of the furniture featured in our modular week, your collection can grow over time as you can afford more components and your space requirements grow. 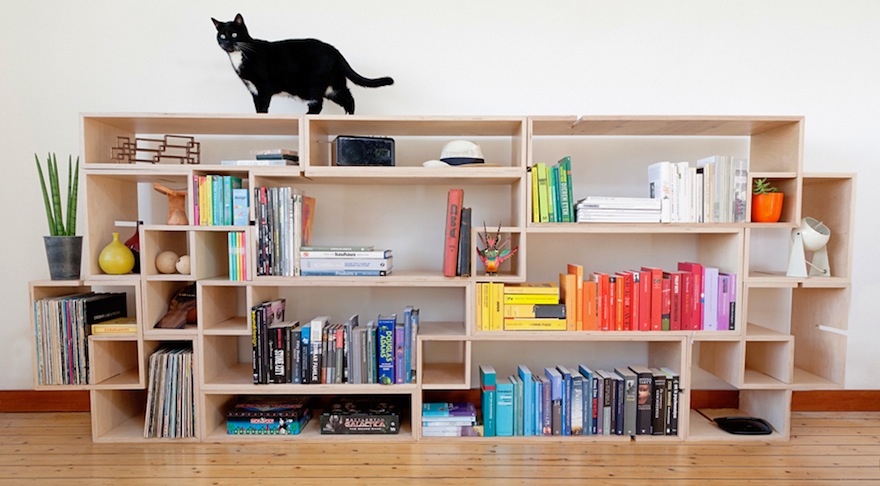 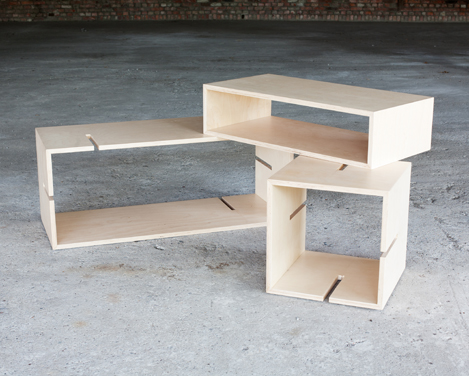 All three of the plywood modules that make up MoModul have depths of 40cm which is comparable to the 39cm depth of Ikea’s Expedit. However unlike with the Expedit, you aren’t limited in size or shape by perimeter boards. This is because MoModul fits together using slots cut into the edges of two of the units allowing a sturdy joint to be formed without the need of glue or screws. Modules interlock and the possible combinations, compartment sizes and shapes are huge. The only down side is that there are lots of excess slots around the edges of the assembled unit but I suppose this is the price you pay for having such a flexible shelving system. The third module doesn’t feature slots and is long and flat at 80cm by 20cm to act as a filler block and stabilise the shelf. 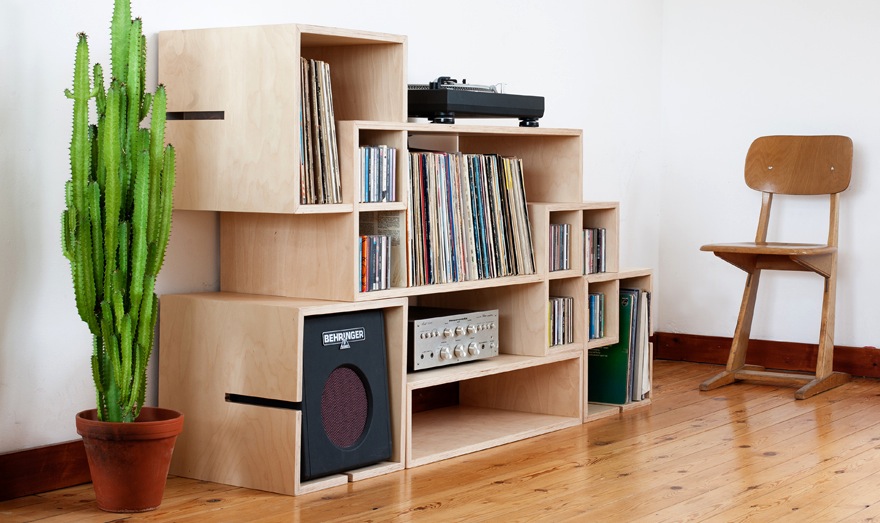 The MoModul system was developed by Belgian furniture designer Xavier Coenen and you can order the shelving from him through his site. MoModul can be ordered as individual modules or in predefined sets but note that you don’t save any money by ordering in sets, nor even for the much larger Set #3 with 14 individual modules which costs €2620. Therefor you might as well order in separate modules to make the shelving unit that you really want.