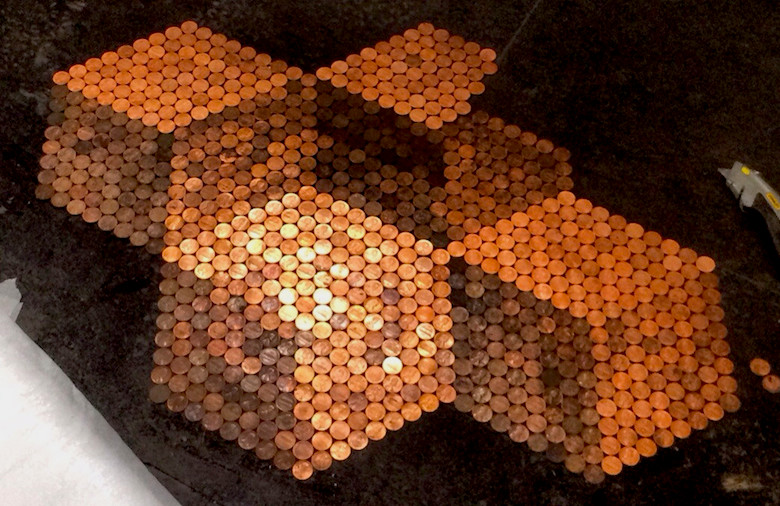 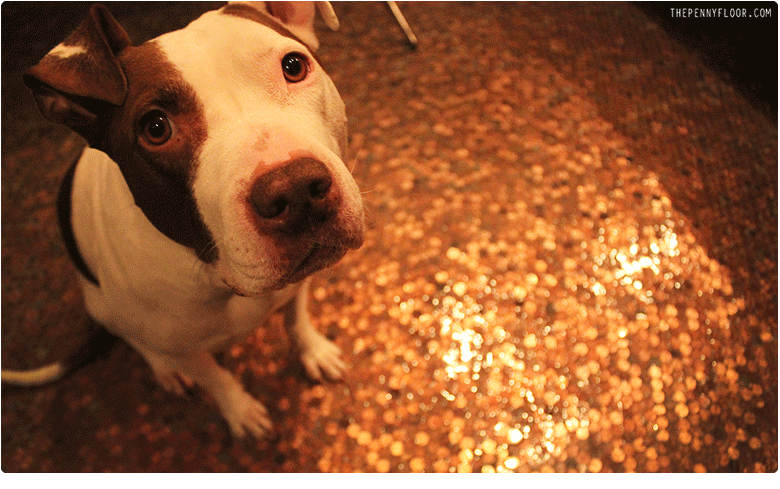 The concept of penny tiled floors received wide spread media attention when a couple from Chicago decided to cover their bedroom floor in the copper coins. This area amounted to 234 square feet (21.7m²) which took 59,670 pennies to cover. That might sound like a lot but that’s only $600 worth of coins, not too bad when you consider you’re getting a copper mosaic tile floor. However this kind of tiling is very labour intensive and took the couple 128 hours to lay; it would push costs up into the thousands to hire a tradesperson to lay the floor.

Ryan Lange and Emily Belden documented their penny tile adventure on their site at #THEPENNYFLOOR which features pictures, instructions, tips and statistics relating to the project. They even wrote a glossary of terms they found themselves using during their pioneering undertaking such as the act of ‘pennying’. Ryan Lange also runs the site Handmade America which caters to fulfilling bespoke furniture requests and unique projects like the penny floor.

The great thing about tiling a floor in coins is that it’s very easy to calculate the cost per square metre. A floor tiled in US cents elegantly works out to $2.25 per square feet ($27.43m²). British pence are slightly larger than their US counterparts (20.3mm diameter as opposed to 19.05mm) but are also of course worth more making this a more costly project for those in the UK at roughly £17.60m². This is for the coins alone and doesn’t account for adhesive, grout or sealant but should still work out considerably cheaper than some standard wood flooring. 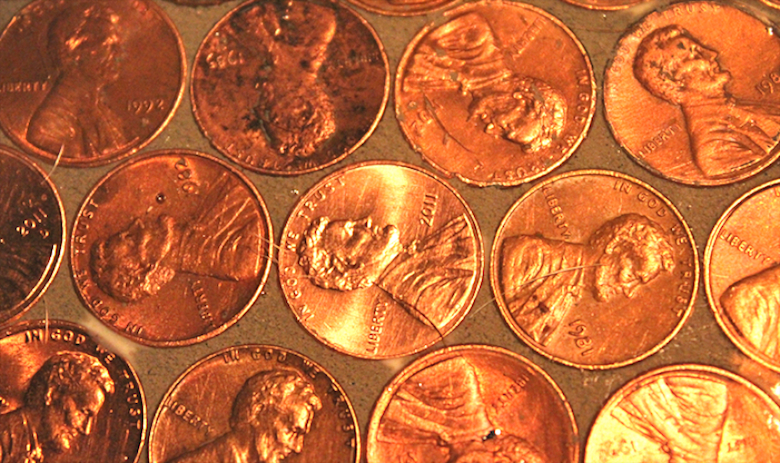 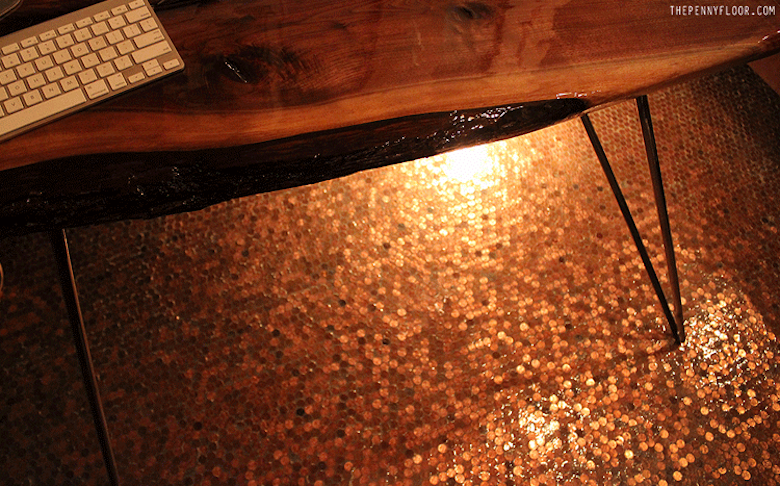 There is also the often postulated issue of the destruction – or at least misuse – of legal tender but I think you’d have to be a bit of a square to call them out on it. Pennies are rather redundant as a form of currency and are often merely issued by shops so that they can use the .99 price suffix. The .99 price suffix is only there to deceive consumers and I think it’s up to the governments to follow Australia, New Zealand and much of the Eurozone countries examples and make 5c or even 10c the lowest denomination of coin.

Pennies are rarely spent and as a result many people are left with pots full of pennies while some have even taken to throwing them away. Therefor using pennies as tiles could be seen as reusing and upcycling these nuisance coins.

One restaurant in New York called the Standard Hotel also covered their entire floorspace in pennies although I think the idea makes more sense as a home DIY project as a way to upcycle pennies. The austere charm of a penny floor is taken out of proportion by the enormous labour costs that must be involved for commercial installations such as in restaurants.