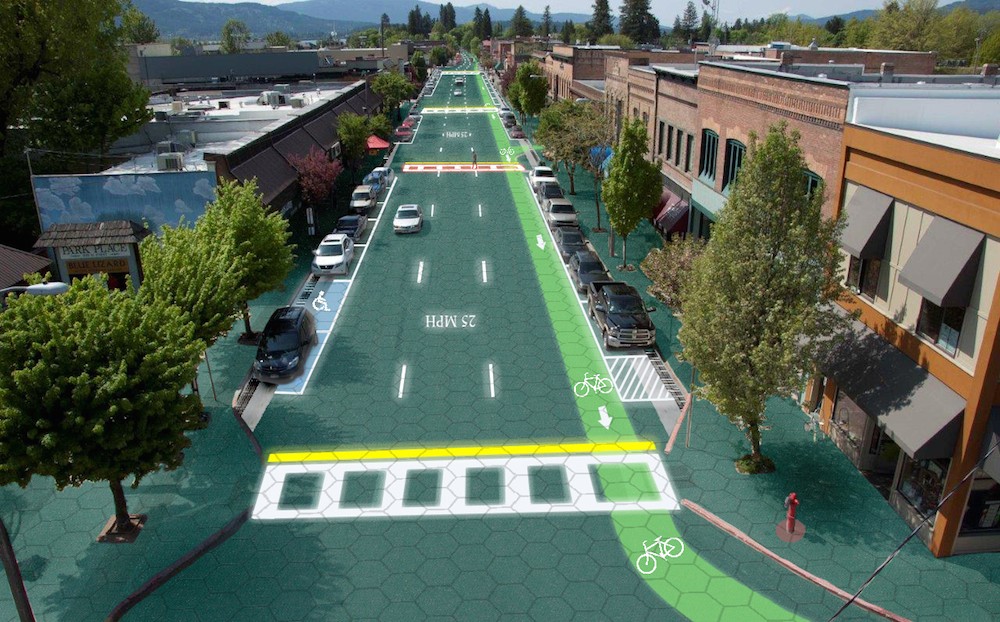 Scott Brusaw has unveiled the second phase prototypes of his innovative Solar Roadways concept and the technology behind it is starting to look more and more promising. Seeded by a childhood dream of driving on real-world Scalextric tracks, Scott Brusaw developed Solar Roadways as a means of combatting global warming and our reliance on fossil fuels. Brusaw claims that if the road systems of the lower 48 states of the USA were replaced with Solar Roadways, the panels could generate more electricity than the country currently consumes.

Solar Roadways would of course be a very costly investment but there’s no point pretending that asphalt roads are cheap either at roughly $20,000,000 per mile. It’s also worth remembering that our asphalt/tarmac roads that need replacing every decade or so are derived from oil, which will become more and more expensive before eventually running out. 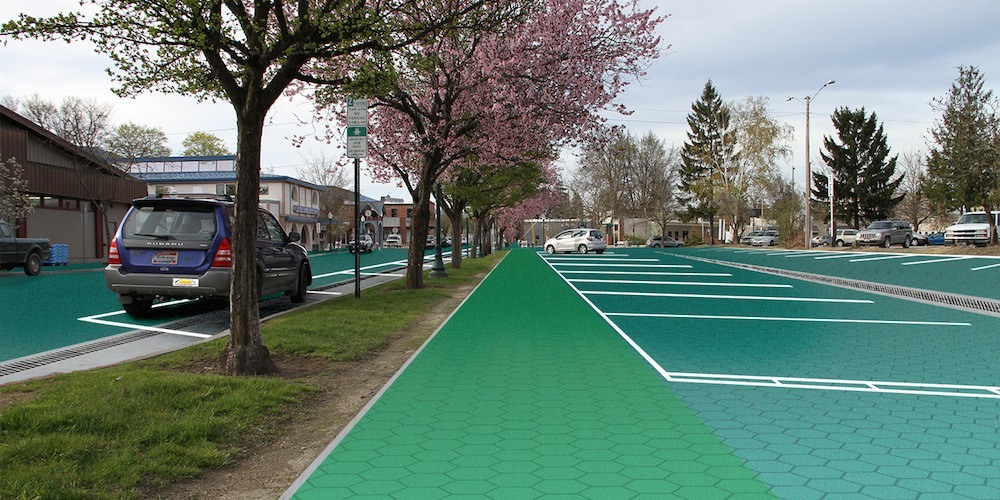 But what started out as a means of generating renewable electricity has evolved into so much more than that. Solar Roadways could set up the infrastructure for a smart road system, with LEDs incorporated into tiles for displaying road markings and hazards (and Mario Kart Rainbow Road?) 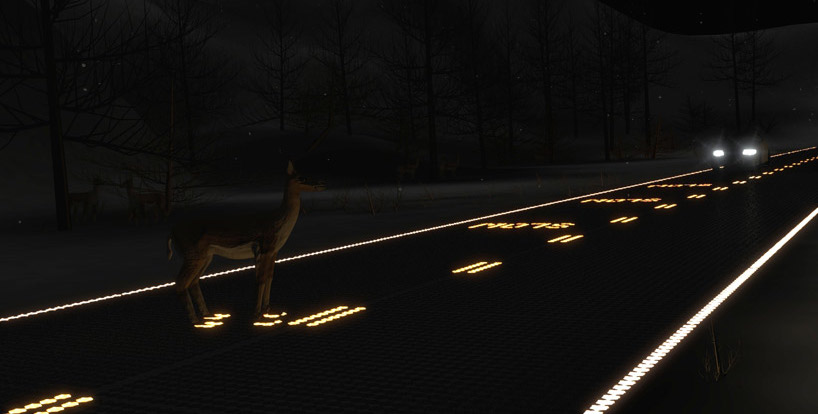 A smart road system could also automatically notify authorities of damaged tile modules to be replaced, traffic jams, and crashes. Integrated heating elements within tiles can stop snow settling on the road in winter, and electrical cabling can be neatly laid at conduits to the side for easy access. 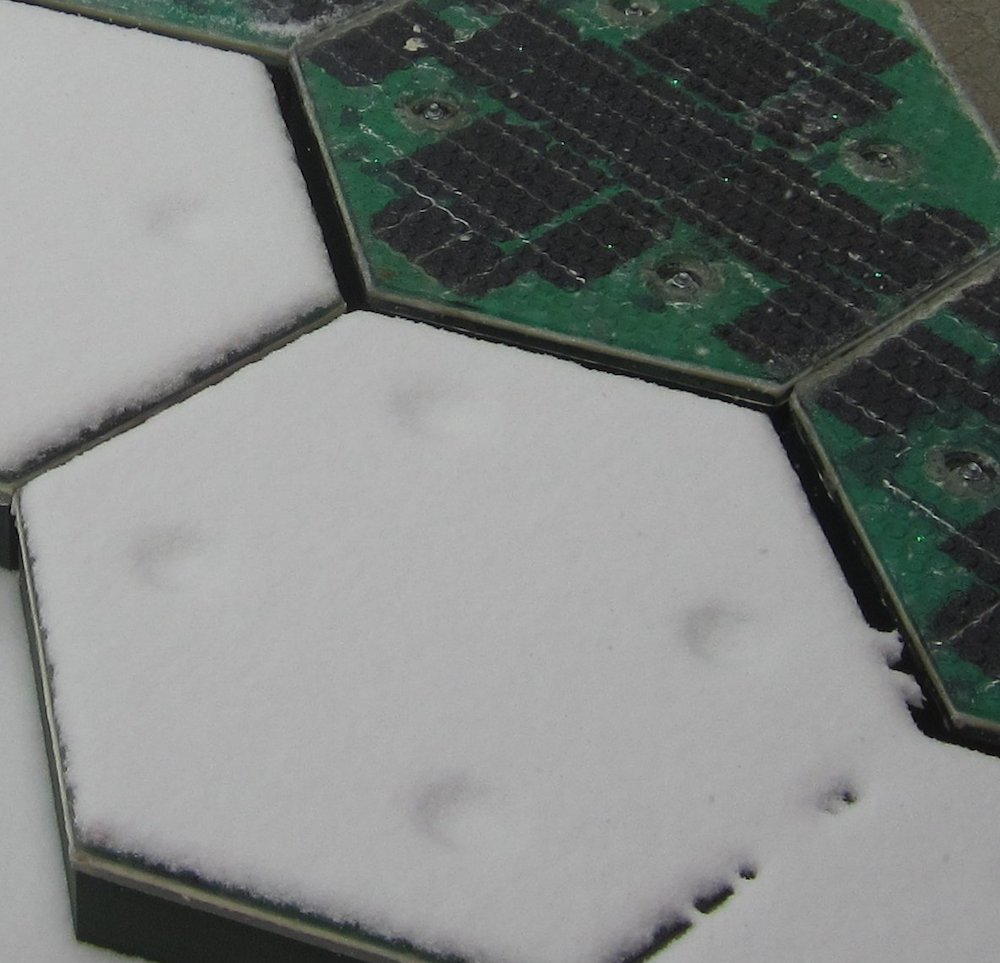 The idea might sound outlandish and impossible to implement but Scott Brusaw isn’t expecting his solar panel road system to be put in place overnight. All new technology has to start somewhere and Solar Roadways has so far shown a very healthy development process with two rounds of funding from the Department of Transport and two phases of working prototype tiles. The plan is to first trial the system on pavements and parking lots before moving onto roads and finally highways. 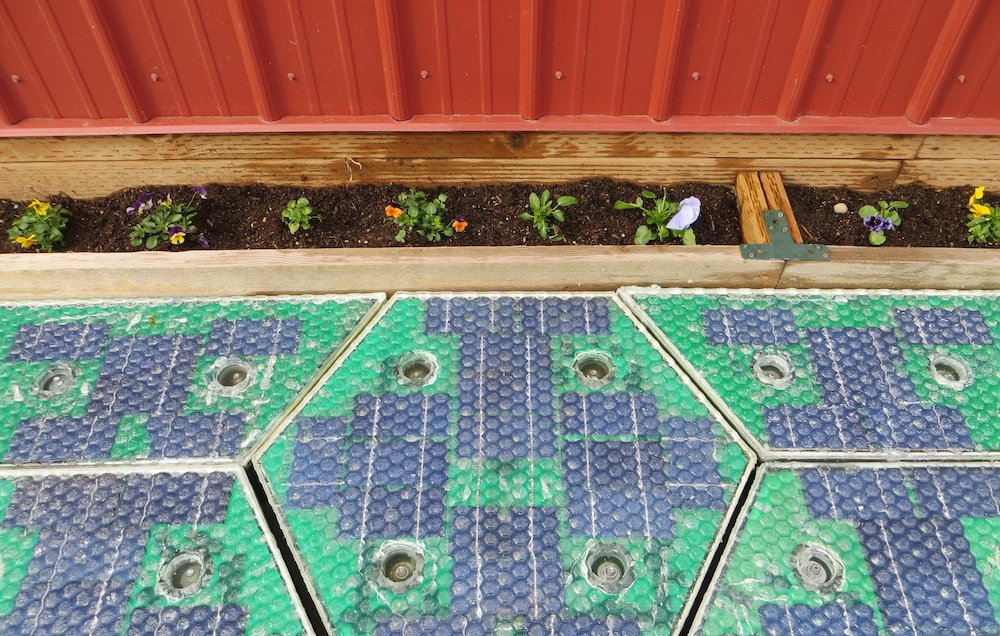 The first prototype was unveiled back in 2012 and was made up of 12ft by 12ft square tiles. The second prototype is markedly different with a much smaller size and a hexagonal shape making it better suited for modular systems. These early versions make use of multiple standardised square solar arrays to fit to the hexagonal shape although mass produced versions would have custom made arrays to cover the entire surface.

To some the idea of driving on glass might sound absurd but the tempered material developed for Solar Roadway tiles is pretty remarkable. It’s as strong as steel and has been given a textured surface that offers even better grip than asphalt. The legal weight limit for trucks is 80,000 pounds but as this isn’t often strictly adhered to, the glass tiles have been made to withstand weights greater than 250,000 pounds.

“Everyone naturally pictures sliding out of control on a smooth piece of wet glass! Actually, one of our many technical specs is that it be textured to the point that it provides at least the traction that current asphalt roads offer – even in the rain. We hesitate to even call it glass, as it is far from a traditional window pane, but glass is what it is, so glass is what we must call it.”

Instead this is a flexible funding campaign in which Solar Roadways will receive the amount raised regardless of whether they hit their $1,000,000 target, and donors will receive Solar Roadways branded items such as mugs and T-shirts (although you can get your hands on samples of the textured glass for $1,000).

If you still have any questions relating to the practicalities of the Solar Roadways concept, then head over to their FAQ page where they’ve provided a wealth of information. 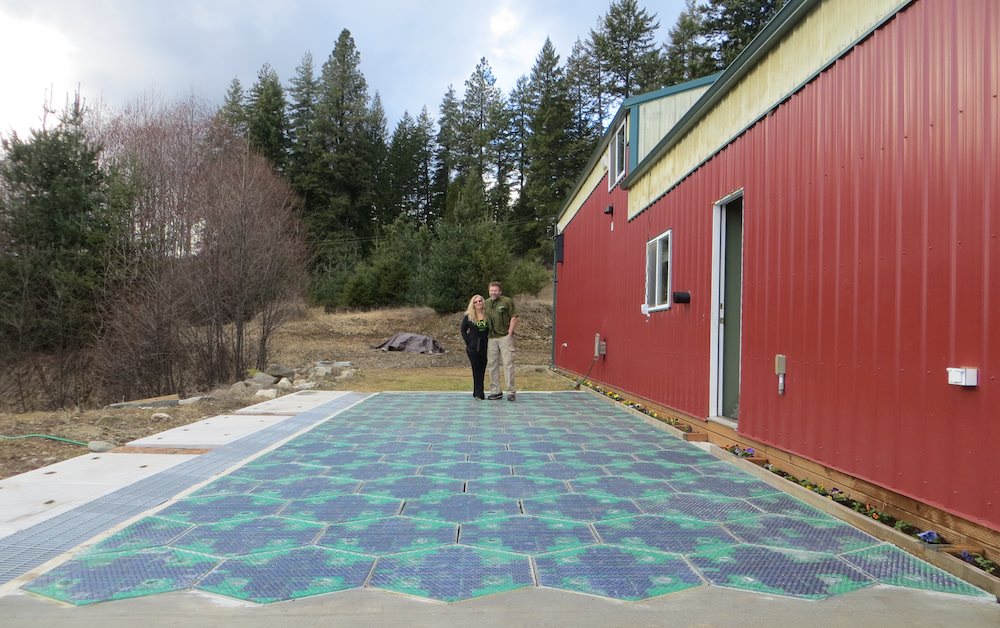