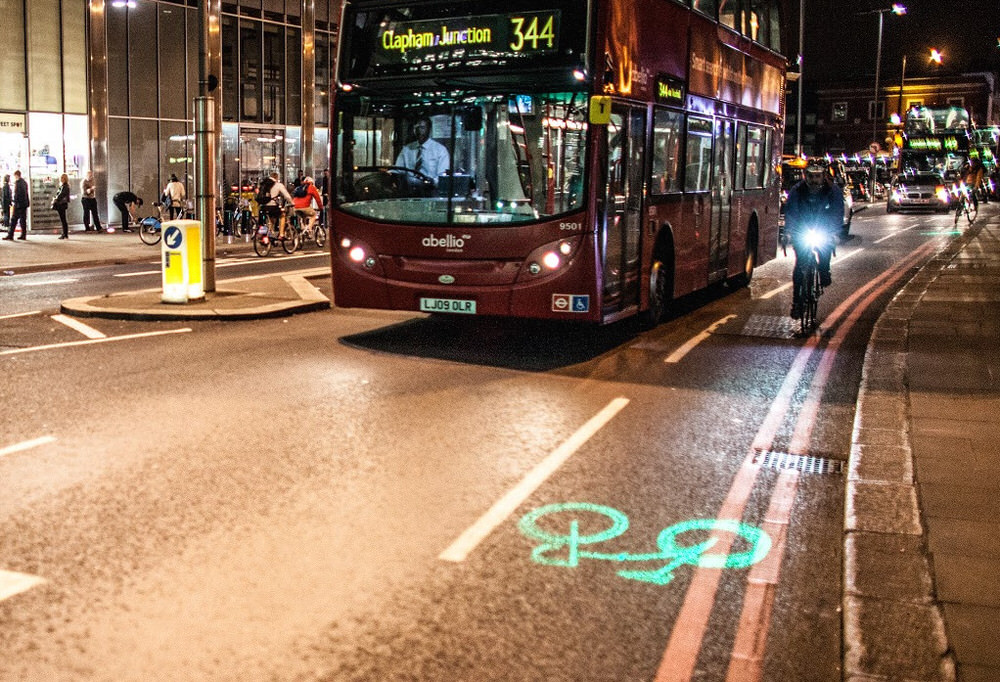 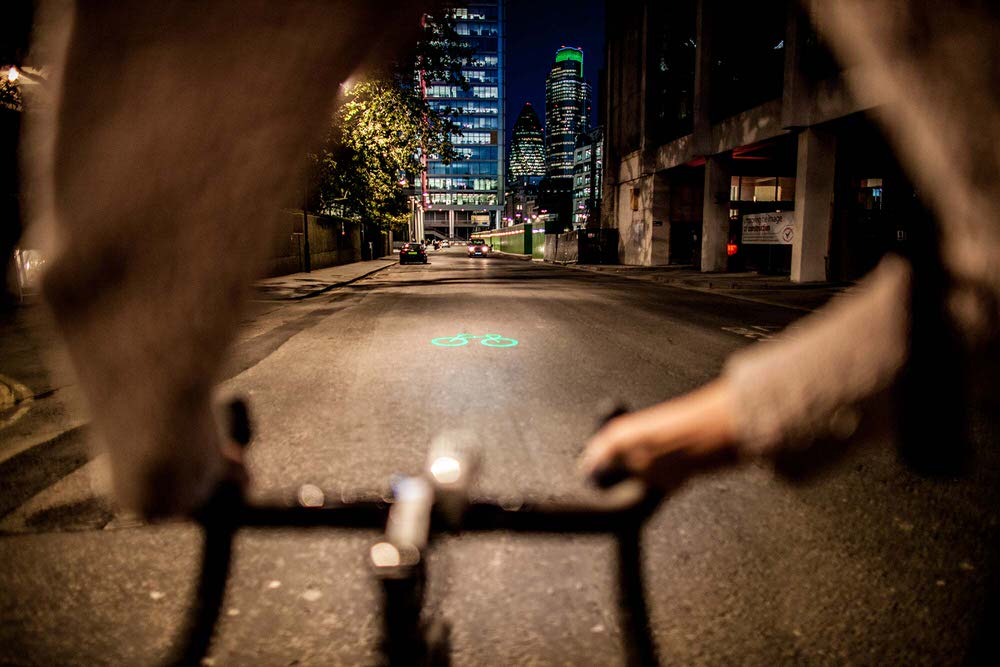 A unique design by Kelly Brooke, Blaze is a bike light that aims to make street cycling a safer ordeal. As well as providing a remarkably bright headlight for the bike, the device also projects a green bicycle symbol approximately 6m in front of the cyclist to warn surrounding vehicles and pedestrians. 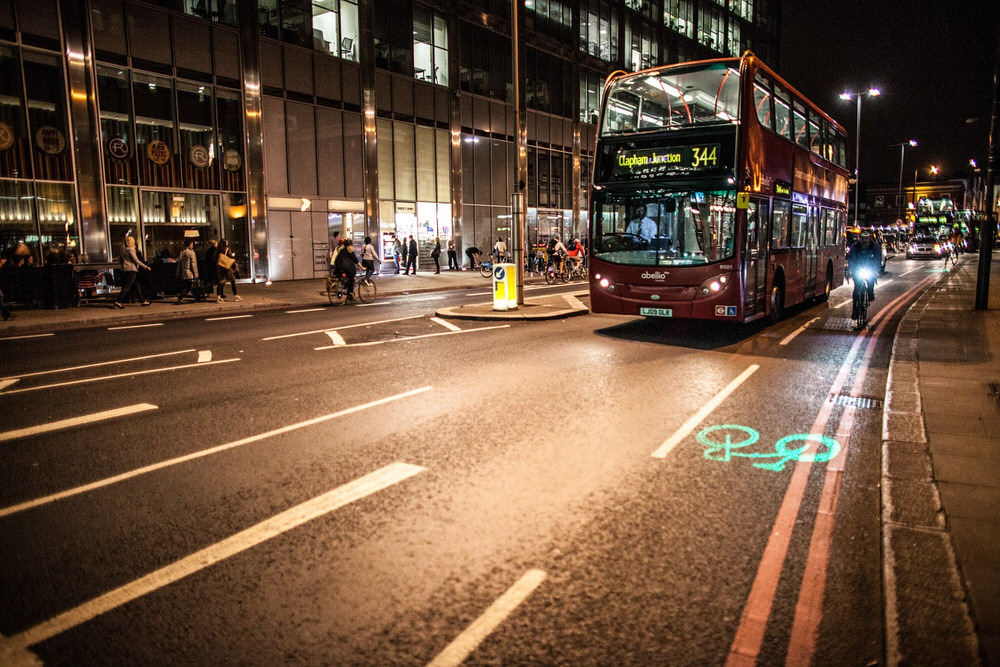 Currently, the biggest dangers that cyclists face on London’s streets are being in the blindspot of HGVs at left-turns, and not being perceived by cars at T-junctions. Projecting a bicycle symbol on the road 6m in front of the bike gives motorists forewarning of the oncoming cyclist, although ultimately the effectiveness of the safety measure does still depend on the driver’s attentiveness. 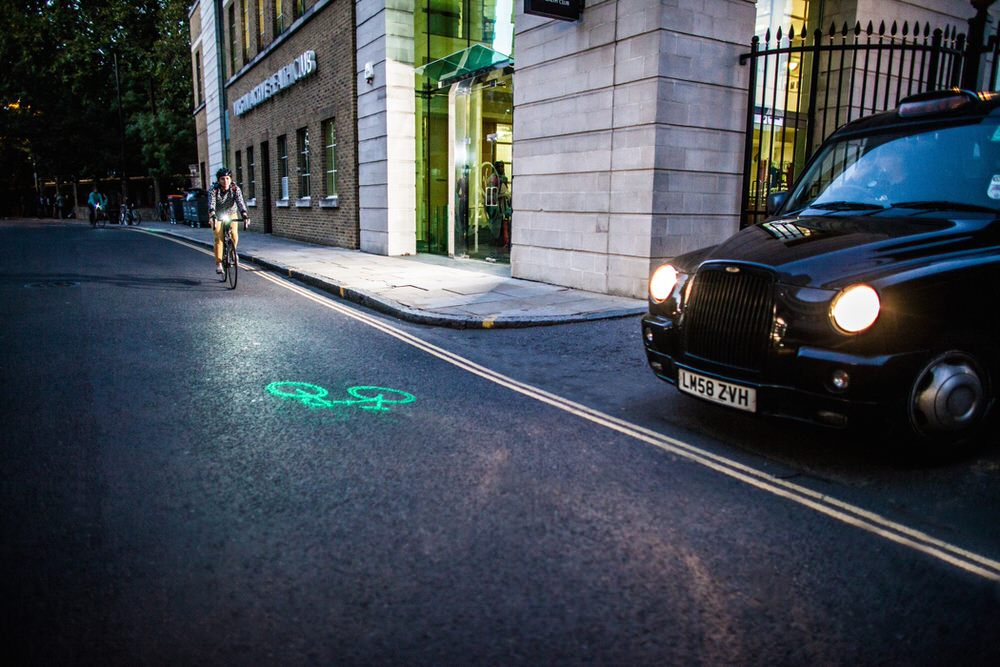 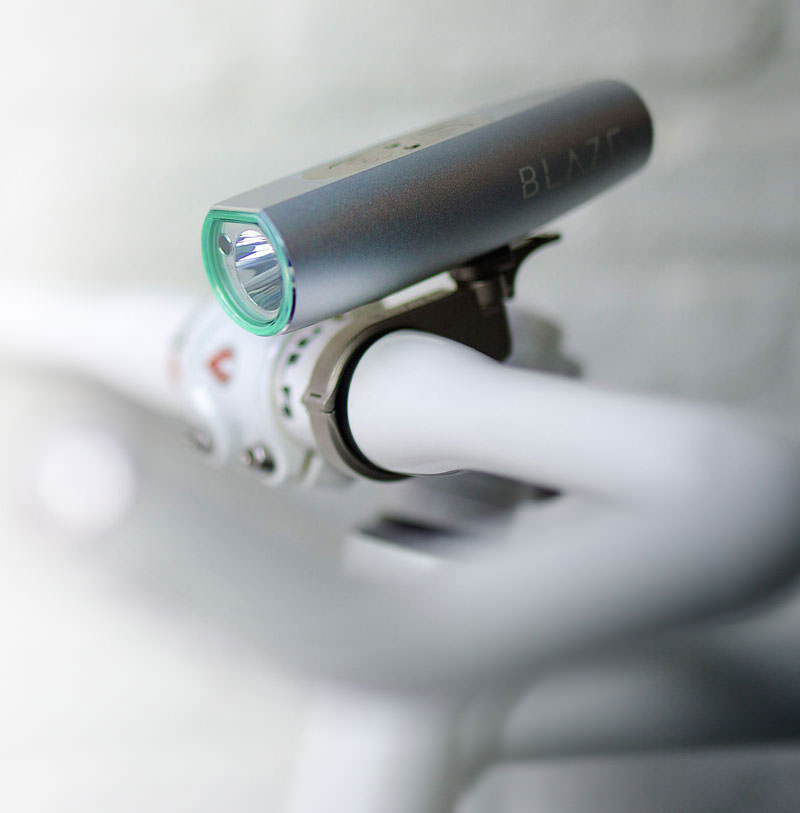 To quell claims that this device will blind motorists, the green laser used is reportedly retina-safe, and is angled downwards so it won’t come into contact with drivers. But while it might not be ‘dazzling’ in this sense, it certainly could dazzle, or at least distract, curious onlookers with the potential to cause accidents. This novelty effect would no doubt wear off over time if these kinds of devices were to become commonplace, but initially pedestrians might step into the light out of curiosity to attempt to determine the source of the projection. 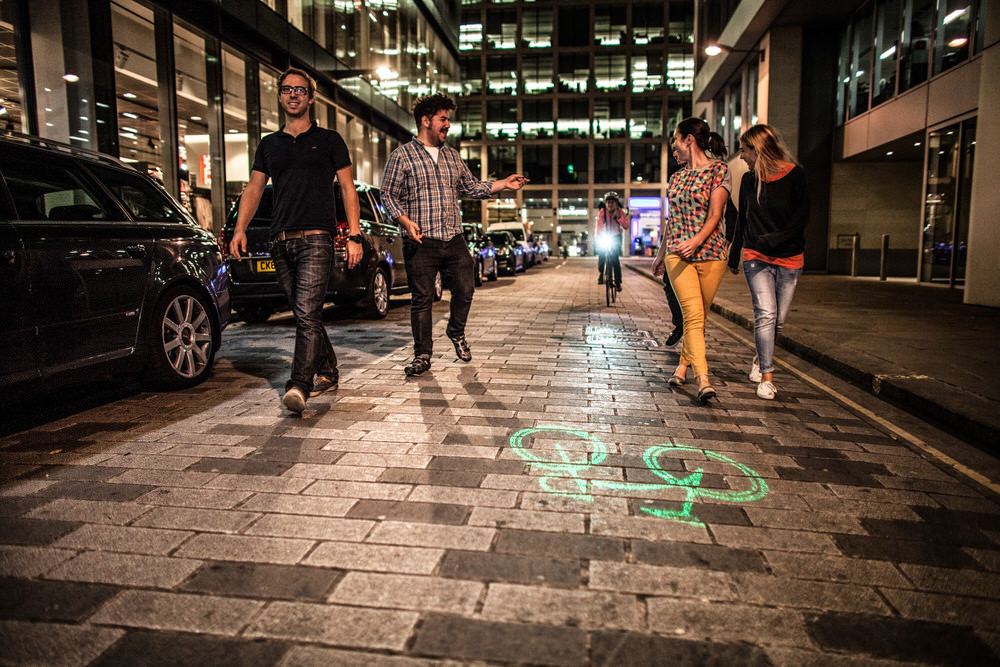 The Blaze laserlight certainly doesn’t come cheap, and at £125 it has got to be one of the priciest bicycle lights on the market. But they also claim to be of the highest standard, with the build quality you’d expect to find in a smartphone, and are fully waterproof. More importantly however, Blaze’s unique preceding laser projection has real potential to make urban cycling a safer experience and you can’t really put a price on that. However I hope that having what is essentially a cycling lane logo projected permanently in front of them won’t cause certain cyclists to act as though they have the right of way everywhere. 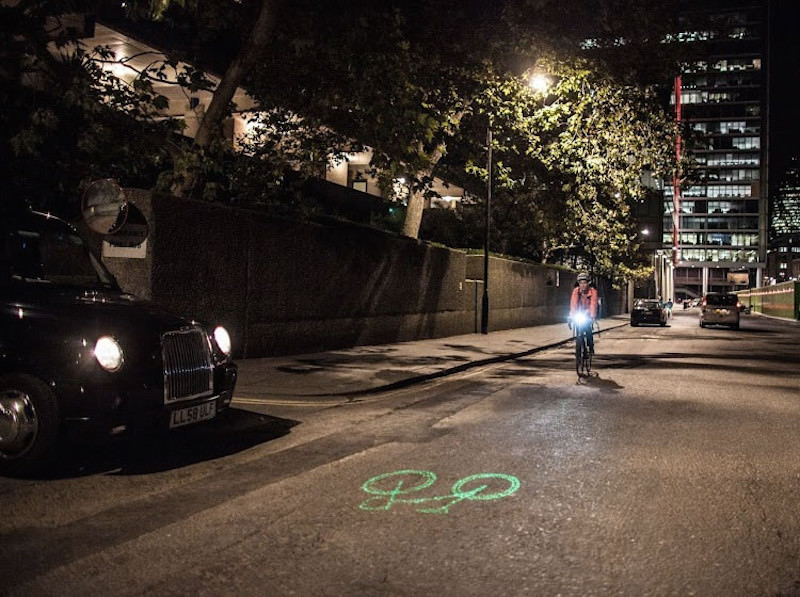