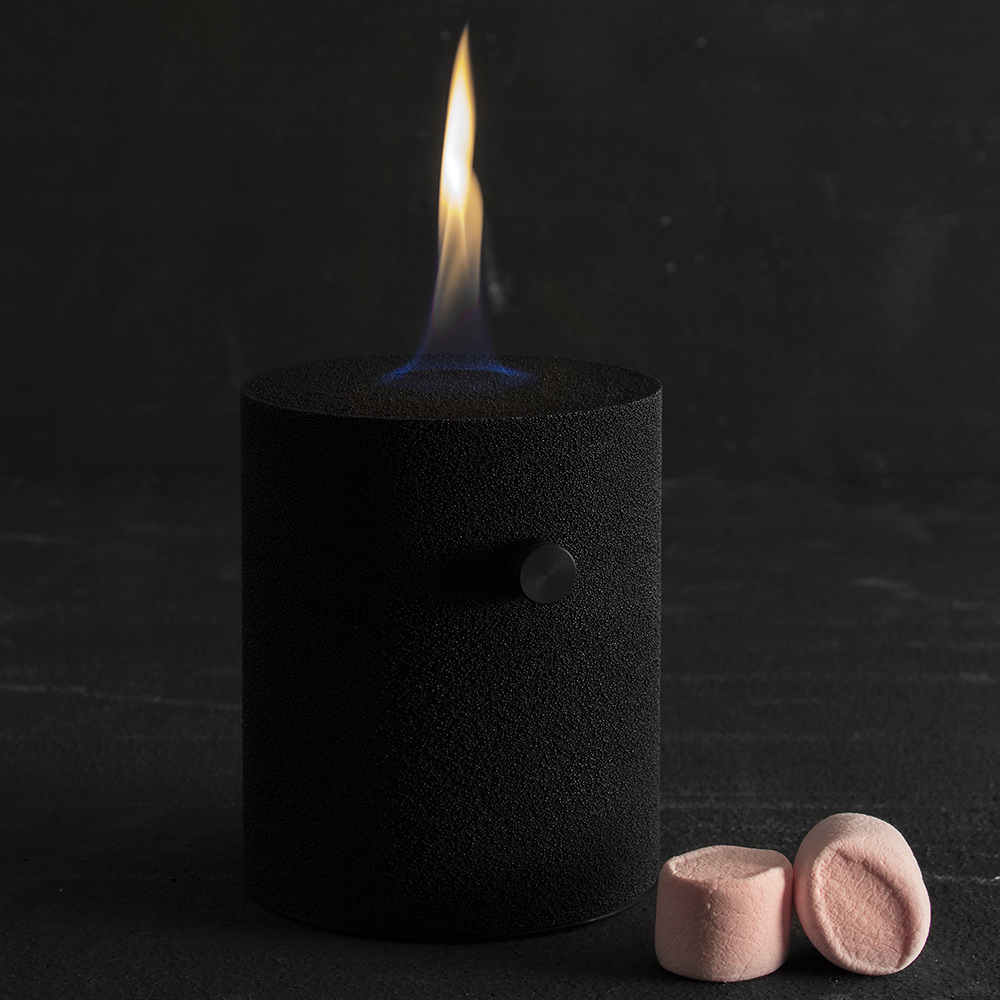 This unique and at first glance mysterious table flame was designed by Fabien Geller for his thesis project. It is made of a remarkable material called sintered bronze and while it might serve as a candle, features no wick. The project has been entitled Caviar as the black sintered bronze does rather resemble this delicacy. Sintered bronze is a material more typically found in industrial applications such as filters but is has a really luxurious tactile quality and is perfect for objects such as this table flame. To produce sintered bronze, many small pellets of the metal are heated so that they just begin to melt and the points of the balls which are in contact with each other stick together to form a kind of mesh. The above picture of a ring gives a clearer view of the texture of sintered bronze and it’s structure made up of many loosely packed balls.

The sintered bronze therefor has many holes in it allowing air to flow through which is how this table flame works. A fuel source is fitted inside the cylinder such as methylated spirits and the vapours which emerge through the sintered bronze can be lit to create this beautiful flame which appears to sit on the surface. As a lot of others have pointed out, the dial knob on the side of the cylinder looks really out of place and ruins the minimalist aesthetic. There does obviously need to be some way to control how much fuel is being released but in my opinion it’d look better if the cylinder was made in two sections and the top half could be twisted to adjust the size of the opening.