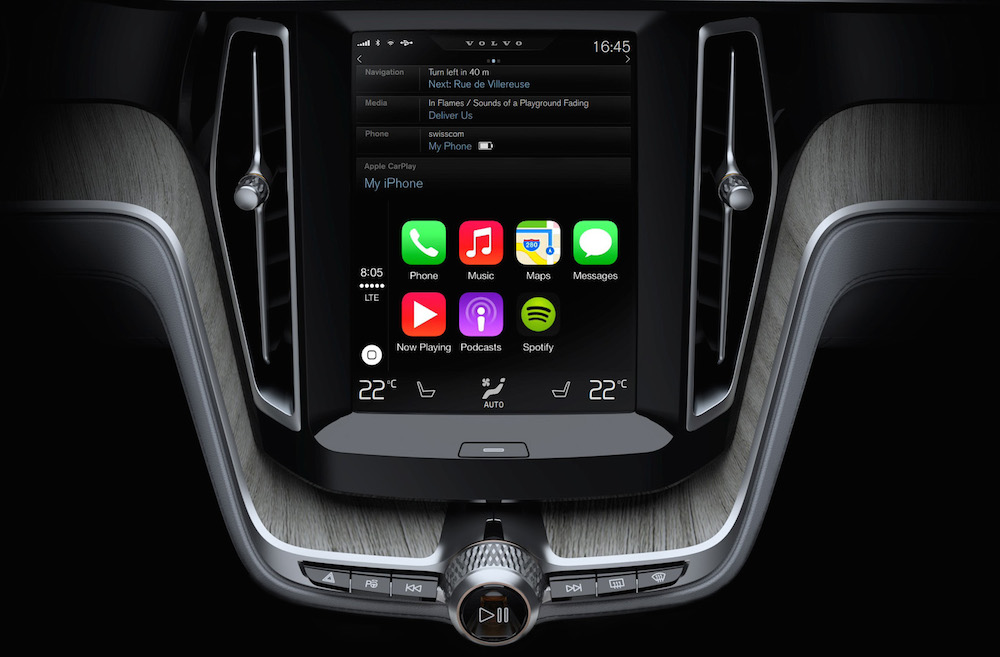 Apple unveiled their long-anticipated CarPlay iOS system at the Geneva International Motor Show last week, and already have a whole host of car manufacturers looking to integrate it into their new models. It’s worth noting however that CarPlay isn’t a standalone iOS for the car; it relies on an iPhone being connected, and so isn’t exactly the next breakthrough product to rival the iPad that we’ve been waiting on from Apple. We could start seeing CarPlay being incorporated in cars as early as this year starting with the Volvo XC90, Mercedes-Benz C-Class and the Ferrari FF at the forefront. However other companies are already beginning work to incorporate CarPlay in future 2015 models including BMW, Ford, Peugeot Citroën, Jaguar Landrover and Honda to name but a few. Apple seem to have the board covered with manufacturers eager to jump onboard, which will no doubt have been aided by the iPhone having such a huge share of the smartphone marketplace.

CarPlay essentially seems to be a way for car makers to outsource their integrated computer systems to Apple who are without a doubt the market leaders when it comes to intuitive interfaces. This outsourcing is in the interests of everyone involved with car manufacturers avoiding the costs of developing their own software, Apple getting a foothold in the car technology field, and users getting better designed systems  with more compatibly between their iPhone and their car.

There currently seem to only be a few core applications incorporated into the CarPlay iOS, which is probably for the best while it’s still only a fledgling system. These include maps and music, as well as standard phone and messaging functions. These will all be complimented by the Siri assistant but at the moment these only feel like continuations of the features we’ve already come to expect from our cars. However the tendency of Apple to create such high quality, intuitive and reliable interfaces could prove to be the key selling point of CarPlay in itself. Can you imagine trying to use an inconsistent laggy Android interface while driving?

Apple are promising that CarPlay will be a safer way to use your iPhone in the car, and while it might indeed be less hazardous than fumbling around with a touch screen phone, undoubtedly the safest solution would be to concentrate fully on the road and simply not use technology in the car at all. Handsfree kits might do indeed physically free up our hands for driving but the improvements are marginal as the mind is still heavily distracted during phone calls as research by TRL has shown. However being able to communicate with your car through Siri could prove to be the lesser of two evils as it allows you to interact without having to take your eyes off the road.

Siri is by far the best executed iteration of a voice-activated personal assistant to date and is lightyears ahead of any car maker’s attempts. Its incorporation with Apple Maps could be a killer combination and would likely shake up the SatNav marketplace in a big way.

Details about firmware updates and compatibility with rival smartphone operating systems such as Android and Windows are scant so it is likely that CarPlay itself will be exclusive to iOS devices. However Apple are only producing the CarPlay software, not the hardware it runs on as this seems to vary with different car manufacturers. It’s therefor likely that you would be able to change your car’s integrated computer over to a similar Android system if Google were to develop one. After all car manufacturers are unlikely to be willing to risk alienating half of their customers on the basis of their chosen smartphone operating system.

People don’t tend to update their cars as often as they update their smartphones so compatibility and the uncertainty of future updates could prove to be the biggest hindrance to CarPlay. While Apple often have an ‘upgrade or fall behind’ policy when it comes to updates for outdated devices, Mercedes at least are keen to ensure that customers of their existing C-Class cars will be able to use CarPlay by developing external installations as pictured below.