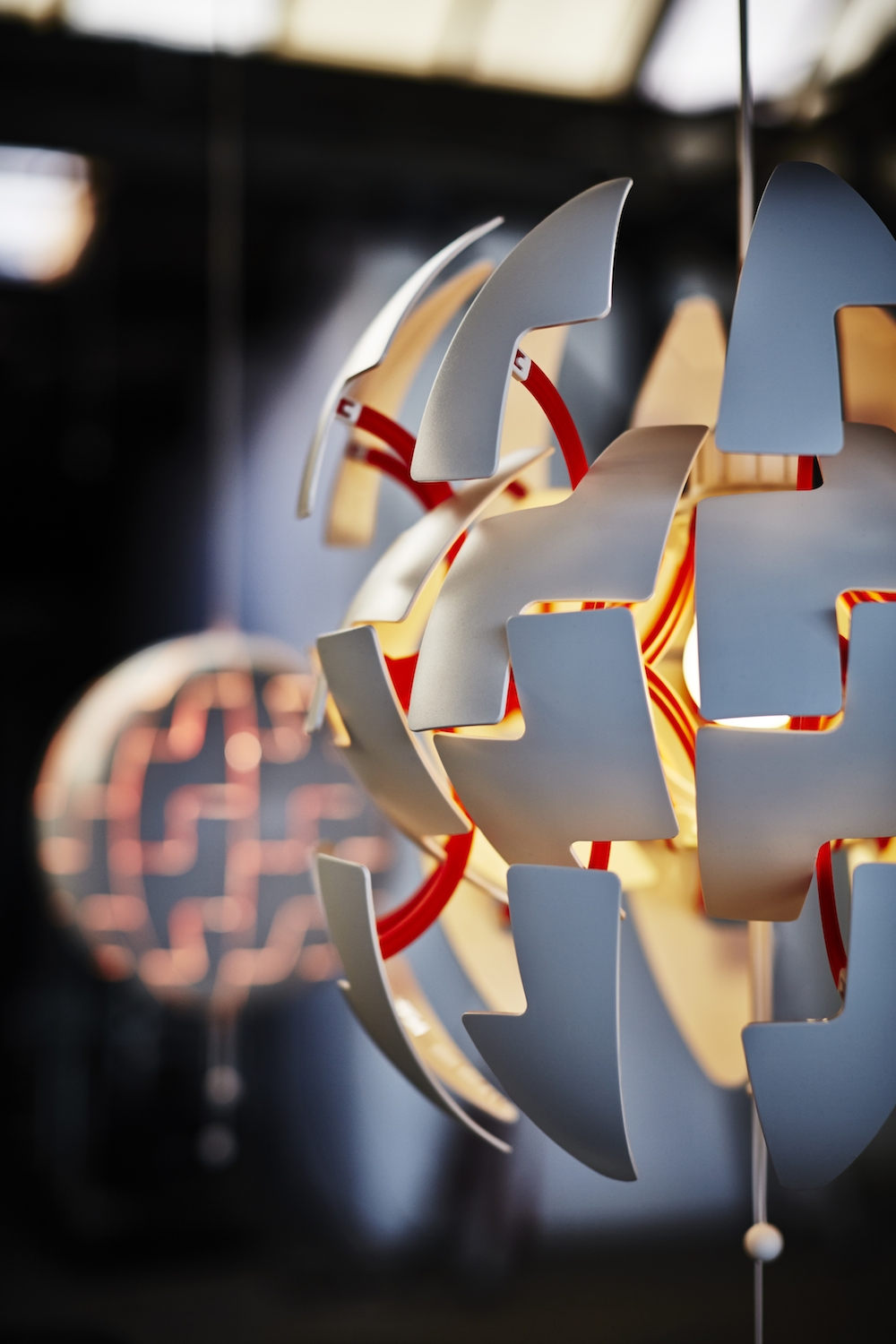 David Wahl has designed this ‘exploding’ pendant lamp for the upcoming IKEA PS Collection 2014 and it already appears to be the highlight piece – not that I’m belittling the other great pieces pieces from the collection, but its easy to see why this transforming pendant lamp will likely go on to become an IKEA bestseller. Its unique design is not only functional, it’s also very playful, and will prove to be popular amongst adults and children alike – plus it has a price tag of just £50 ($70 / €50)! The Exploding Pendant Lamp is transformed from a glowing fissured sphere to a complex mass of suspended panels by pulling on a simple drawstring. This might at first glance seem like a bit of a gimmick but it’s actually a highly functional aspect to the design and meets the brief of the 2014 IKEA PS Collection very well. Being able to close up what is a pretty fragile looking structure into a compact ball will prove to be really handy when it comes to moving house, which city dwellers and students often have to do without cars.

Dimmer switches are a luxury not often afforded to basic city apartments, student accommodation included, but the transformative nature of the pendant lamp in itself serves to dim it. This gives the user a choice between having a bright light when its fully opened, or a glowing ambient lamp when closed – and of course a multitude of different light levels in between.

As with all the lights from the IKEA PS Collection 2014, this pendant lamp will make use of LED lights, which use 85% less energy than incandescent bulbs while also lasting a lot longer. The outer panels of the Exploding Pendant Lamp are composed of white polypropylene plastic but the rods on which they’re attached will be available in two different colours: turquoise or orange. Given that LED lights tend to give out a whiter (some would say colder) light than traditional bulbs, I’d probably opt for the orange colour option to make the light appear warmer. The PS 2014 Pendant Lamp is perhaps to an extent emulating the success of the Maskros Light by Marcus Arvonen from the 2009 IKEA PS Collection. This unusual pendant lamp became one of the most iconic Ikea PS designs and also had an ‘exploding’ look to it with one user on Houzz likening it to a supernova, albeit a very flowery one.

The Exploding Pendant Lamp from PS 2014 likewise has a distinctly ‘space-y’ feel and David Wahl himself stated that he was inspired by science fiction and video games. The parallels between the death star (which has a tendency of exploding) or even the floating Jedi Training Robot seen in the original Star Wars film are obvious. The sci-fi connotations are particularly apt given that this lamp will be ‘hovering’ in the middle of a room like a mothership or sentry drone.

There are also clear similarities in form between the ‘exploded’ position of this light and Poul Henningsen’s iconic PH Artichoke pendant lamp. However it’s worth noting that while the unique shapes of Henningsen’s PH lamp shades were specifically intended to distribute light evenly, this pendant lamp is instead designed to cast a patterned shadow over the surrounding walls. What’s more Henningsen’s lamps didn’t transform!

The Exploding Pendant Lamp by David Wahl will be going on sale in IKEA stores as part of the 2014 PS Collection from the 1st of April onwards – and no I don’t think Ikea would put this much effort into an April Fool’s joke.

UPDATE: The IKEA PS 2014 Pendant Lamp White, Orange is now online on the UK Ikea site and  you can view it here.