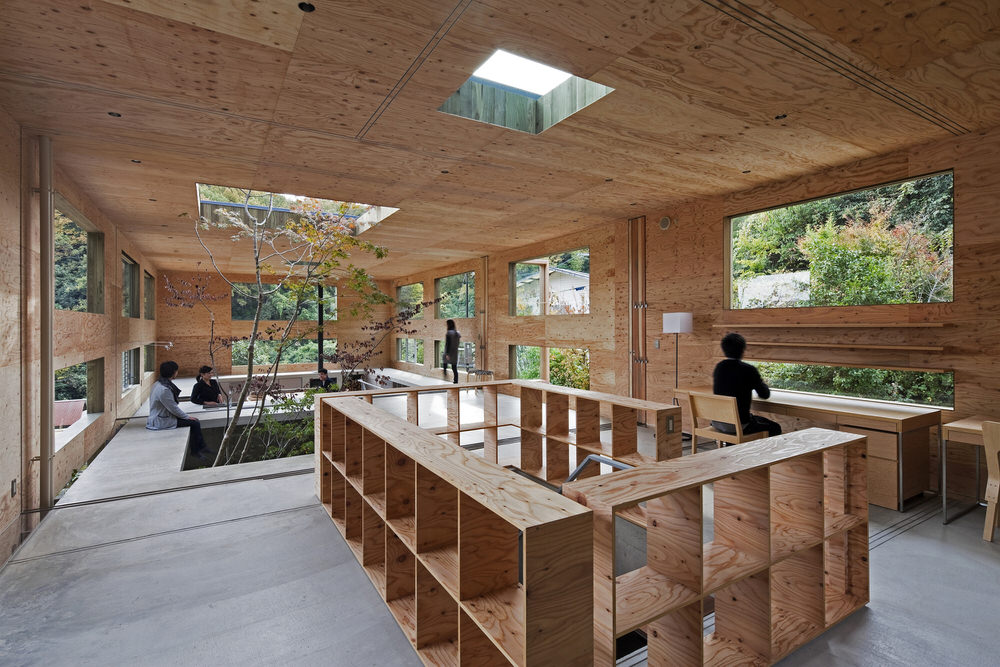 Nest has an overwhelming feeling of openness, both due to the gridded array of windows that sprawl across each facade, and because of the sparse open-plan interior. It is perhaps an unusual configuration for a family home, but is no more outlandish than some of the other remarkable Japanese domestic architecture we’ve seen in the past on Homeli. At the heart of Nest is a sort of indoors garden which is looked out upon from the partially underground living quarters. This serves both as an entrance to the dwelling and as a very bold centrepiece to the wholly minimalistic interior. A vast square void at the centre of the floor allows Japanese maple trees to grow upwards through the full height of the house, and to extend out again through another aperture in the roof. This space is essentially open to the elements, but two vast sets of sliding glass doors isolate the two opposing living spaces from it when desired. The base levels of Nest are built of minimalistic concrete while the superstructure is composed entirely of timber, with a plywood interior and strip clad exterior. While the contrast between these two levels might be stark, the consistency in form and design throughout Nest is certainly quite remarkable.