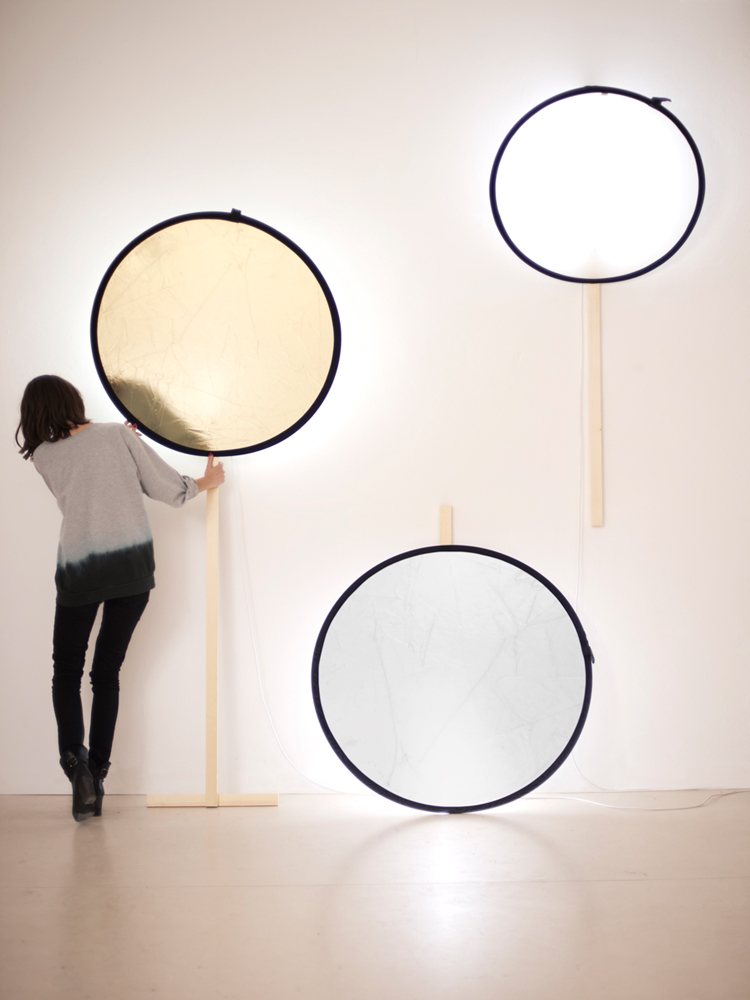 This series of DIY lighting known as Lights a, b, c was created by Gerhardt Kellerman with the assistance of Ana Relvão. The lights are starkly minimalist in design and feature circular photographic diffuser discs fixed to simple wooden stands. Fluorescent tubes provide the light but the use of diffusers gives the normally unpleasant luminescence they emit a warmer hue. 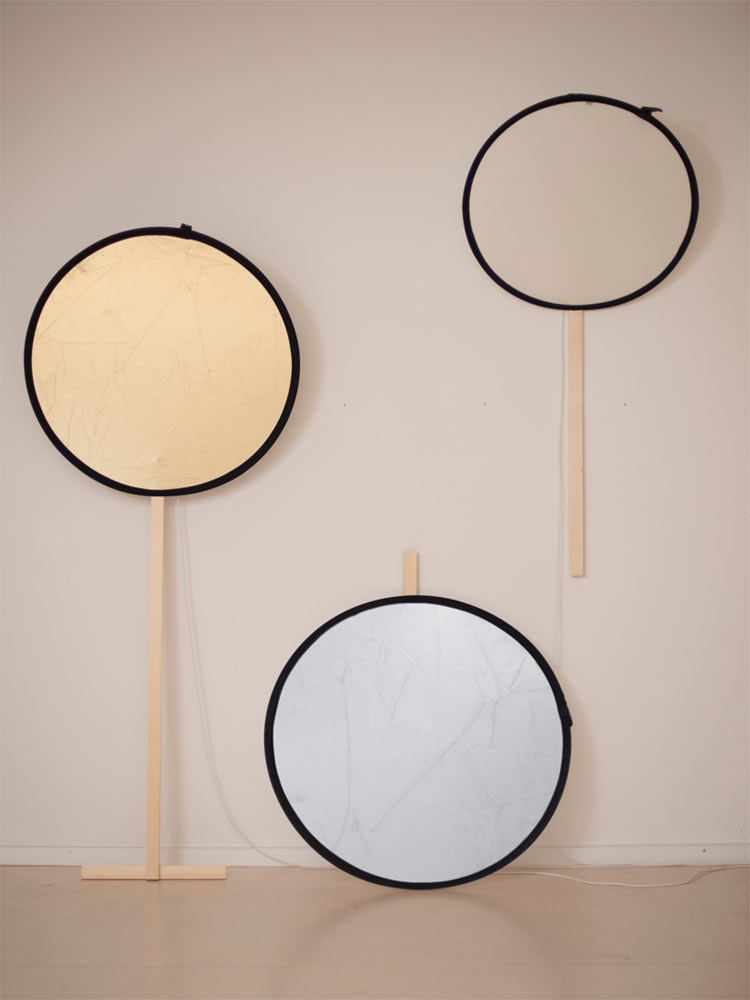 The two designers began by thinking about how everyday items have multiple uses that we often take for granted such as a chair being used as a coat hanger or as a step ladder. Diffusers are usually used to cast a pleasant, even light over a photographic subject but seeing as the light they give is so gentle and evenly dispersed, why not use them to light our homes?

Photographic diffusers and reflectors work in a very similar way to the Chicago Tripod Floor Lamp from Made. This light was in fact inspired by traditional set lighting from the early days of Hollywood due to the even and warm light the gold lined reflecting domes give. The photographic diffusers used in the a, b, c lights work in largely the same way and dissipate the light brilliantly but not only do the screens mute the light shining through, they also reflect it gently over the wall behind. 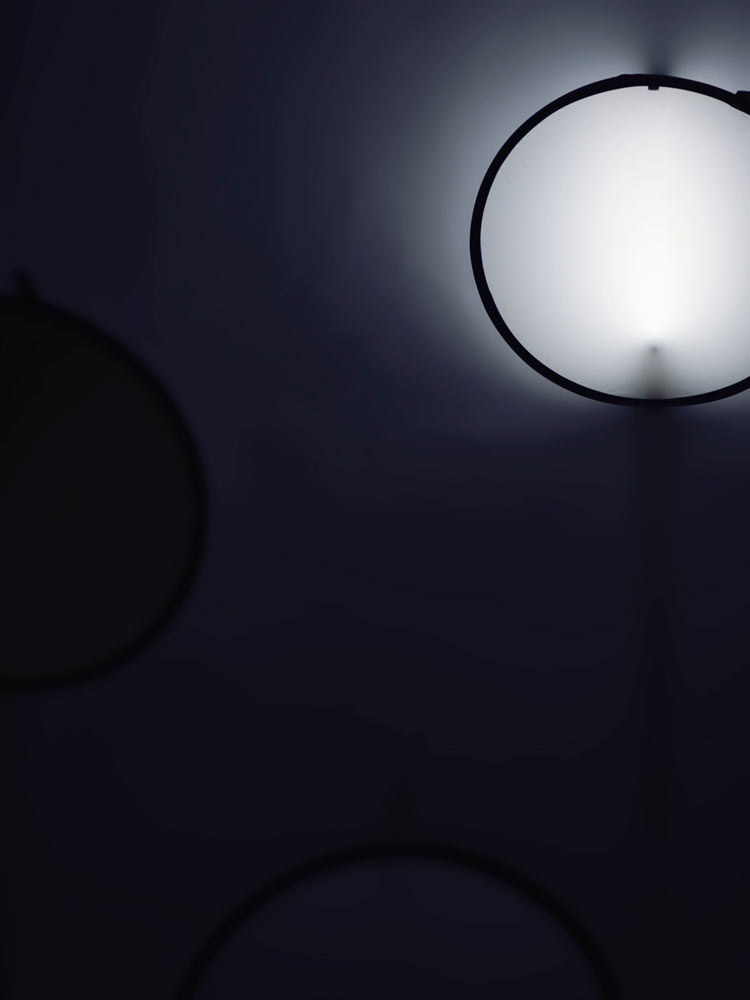 The Lights a, b, c project was originally created for Süddeutsche Zeitung Magazin and the DIY instructions to make the lights are freely distributed by Gerhardt Kellerman and Ana Relvão in this PDF. We’ve also included the step-by-step instructions below. This is perhaps more complex than a lot of the DIY projects we feature on Homeli as it does involve some electrical wiring but it should still be possible for anyone to make at an estimated cost of €60. 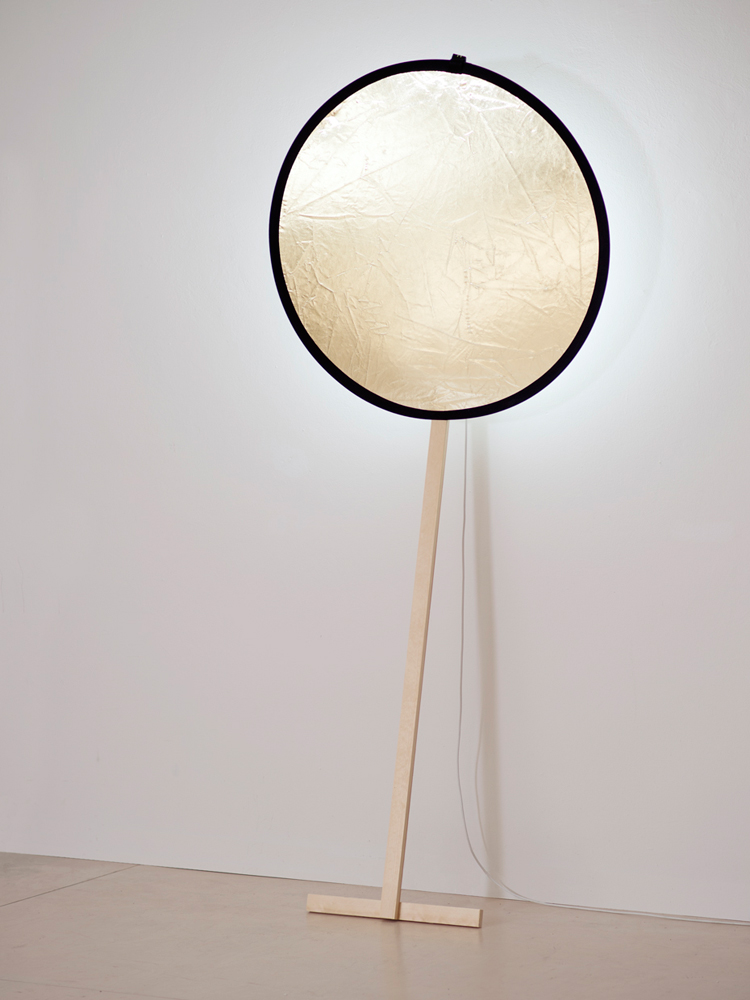