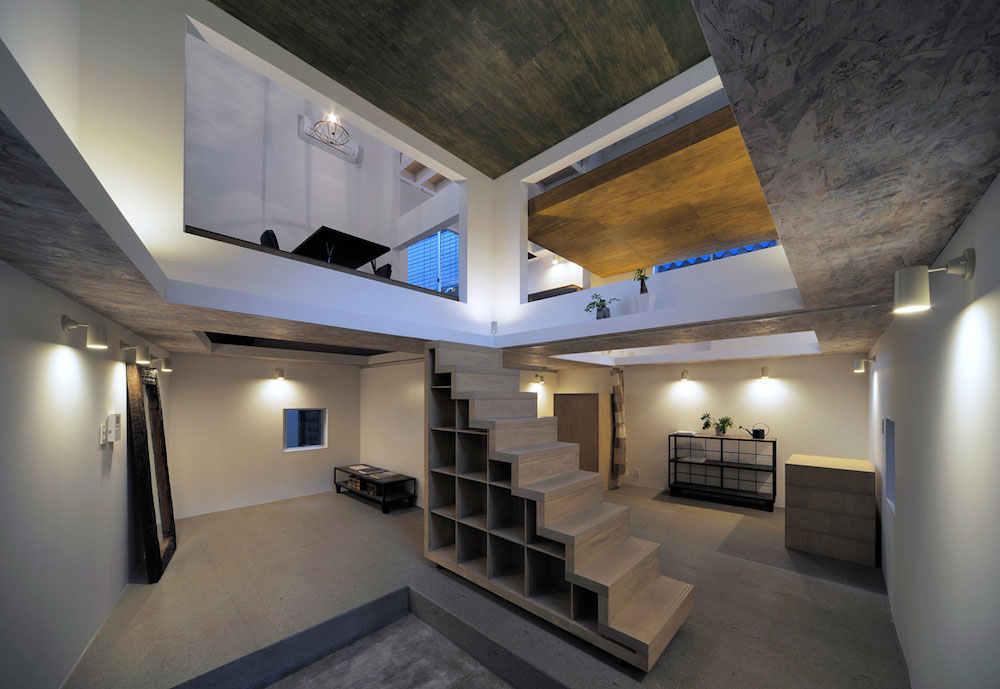 House T is a living space and atelier for a Japanese couple in Tokyo. It was designed by Hiroyuki Shinozaki Architects and continues their idiosyncratic trend for multilevel dwellings with somewhat precarious open edges that we saw in House H by HSA.

This unique living space really takes this idea to the next level though with a four story layout that was inspired by a grid shelving system similar to Ikea’s Expedit. A majority of the internal walls in House T are absent creating open spaces that resemble shelf compartments. 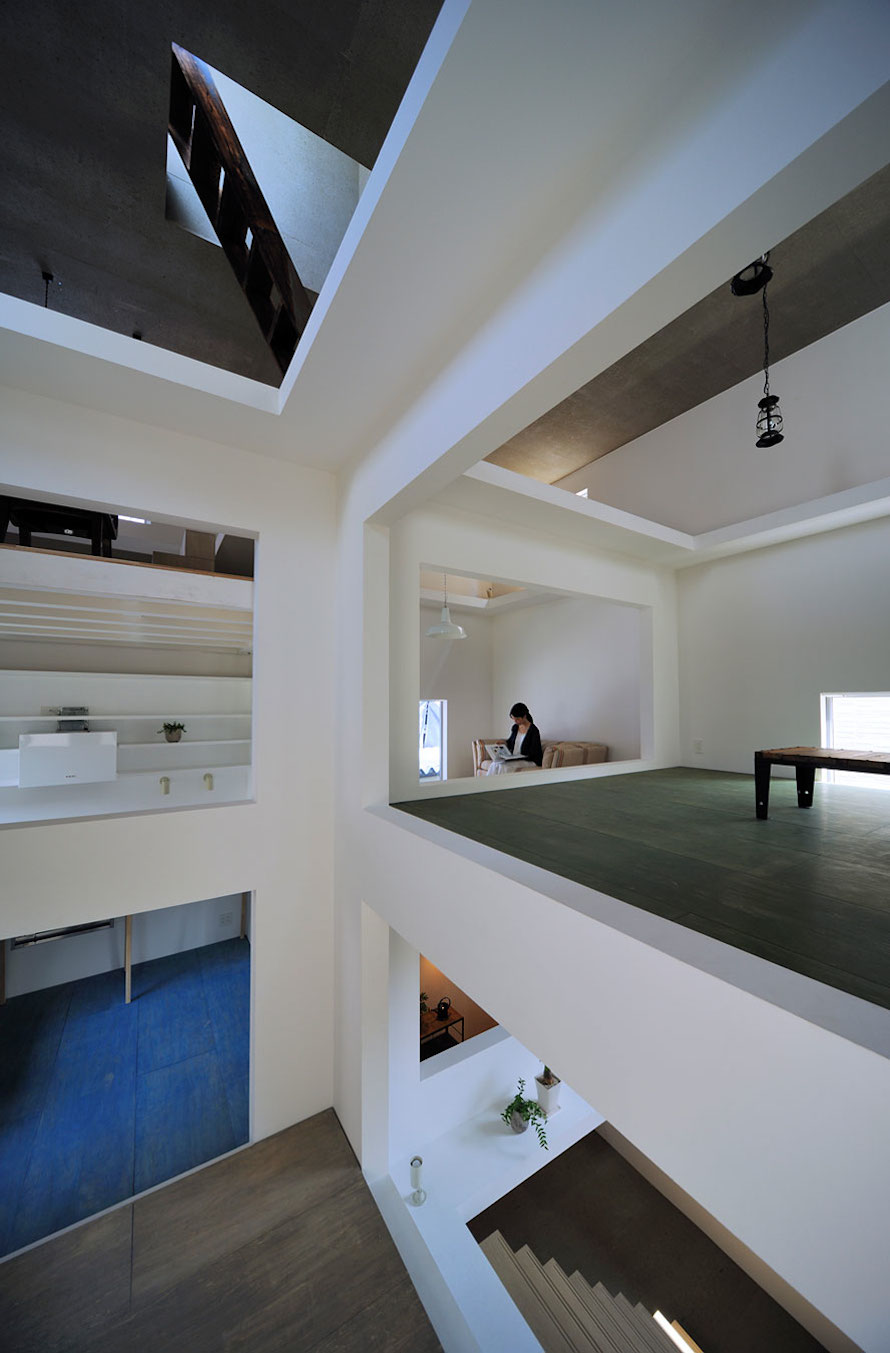 However the absenteeism of surfaces in House T isn’t limited to walls, there are also plenty of missing floors creating double and even triple height ceilings. This might create vast open spaces but it certainly does waste a lot of potential floor area. However space doesn’t seem to have been much of a limited commodity on this enormous project, a vast house intended for just two occupants. 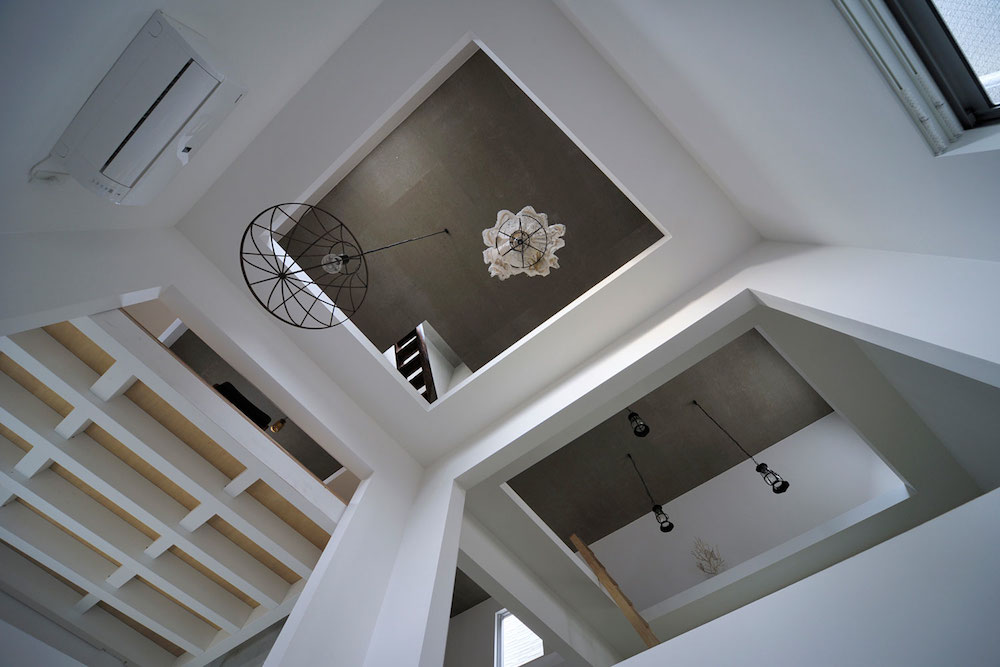 An interesting aspect to House T, which is spaced over five floors, is that there are no fixed stairs, only a few ladders and the stairs/shelving unit on the ground floor which rests upon castor wheels. While this might create a fun sort of adult’s playground, I’m sure the novelty of this sort of living style would wear off after a while. On the other hand it would make for some hilarious April fools’ jokes. 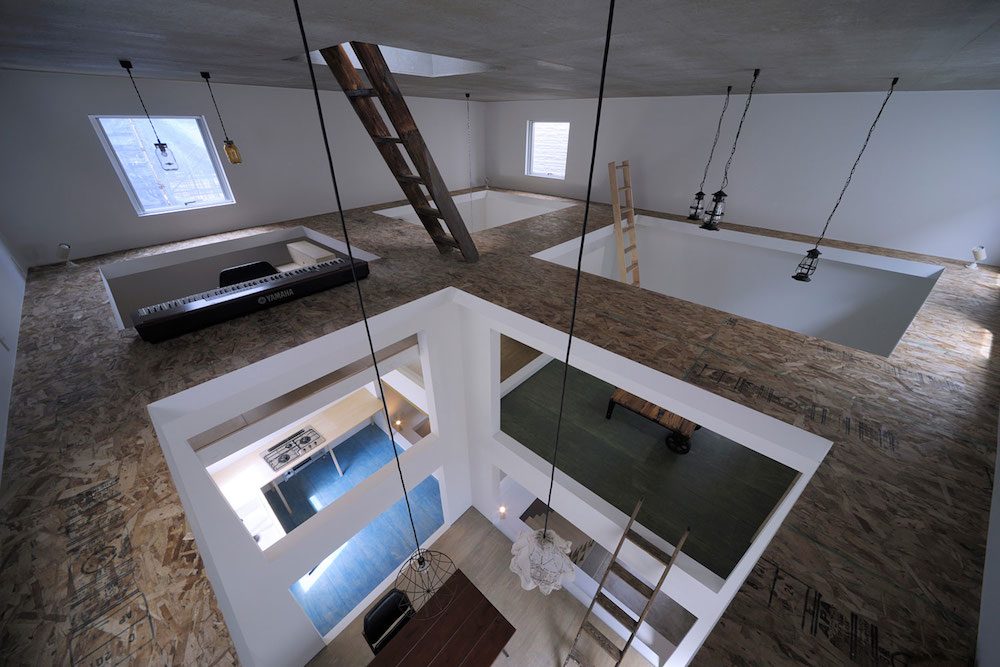 One thing I can say about House T is that it definitely isn’t child-friendly. As someone who doesn’t really do heights, I shudder when I look at the two storey sheer drop through an absent floor. House T might be a fascinating piece of architectural design but I’m sure it would never have been allowed to be built in Europe or America due to obvious building regulations.

More’s the pity as two adults should certainly be allowed to make informed decisions as to how they live but unfortunately I think it’s just a matter of time until someone gets seriously injured in House T. It’d be great to see some hammock style nets incorporated into the open floor spaces though such as those seen in other projects such as Baan Moom House in Bangkok. 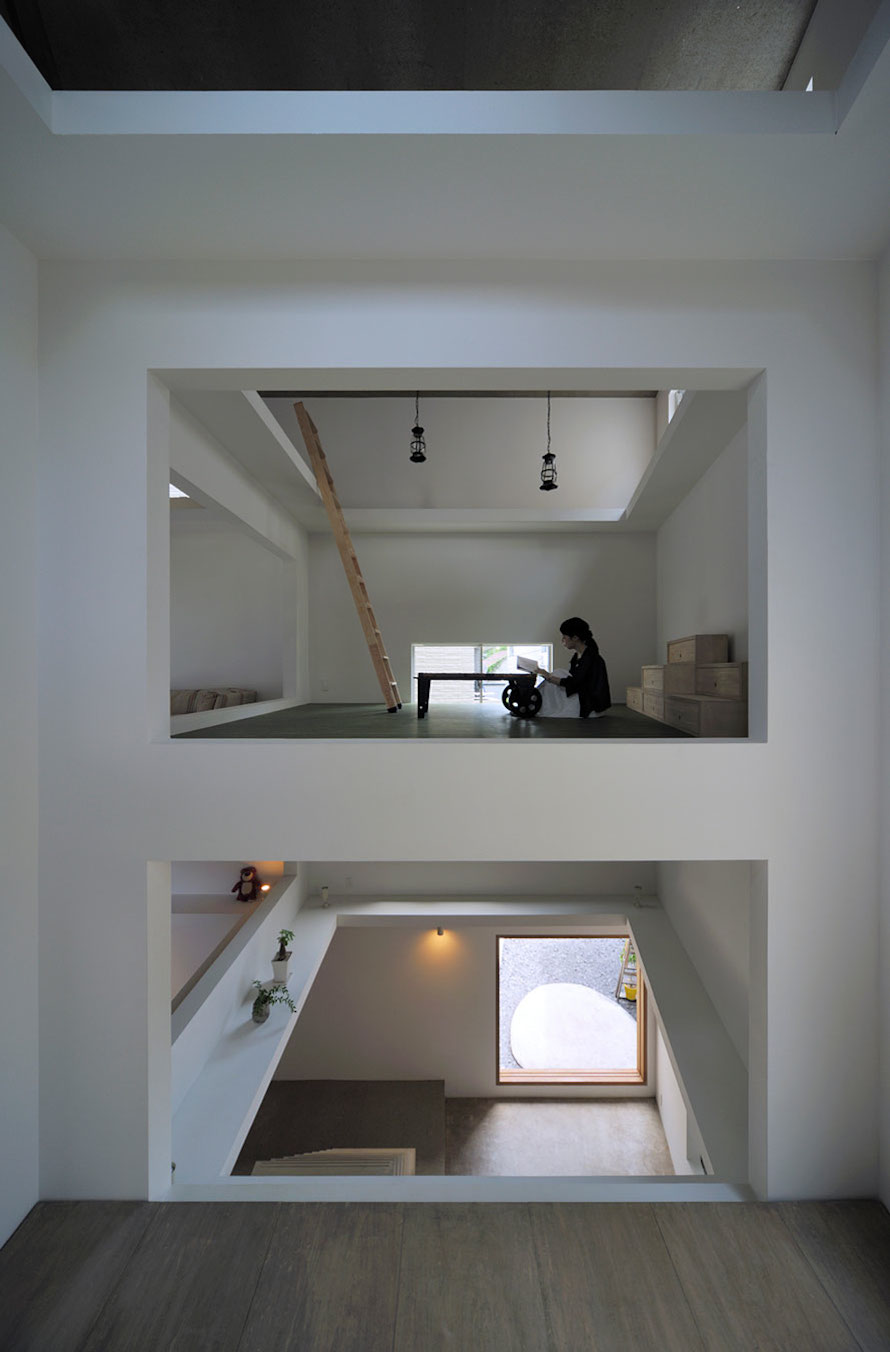 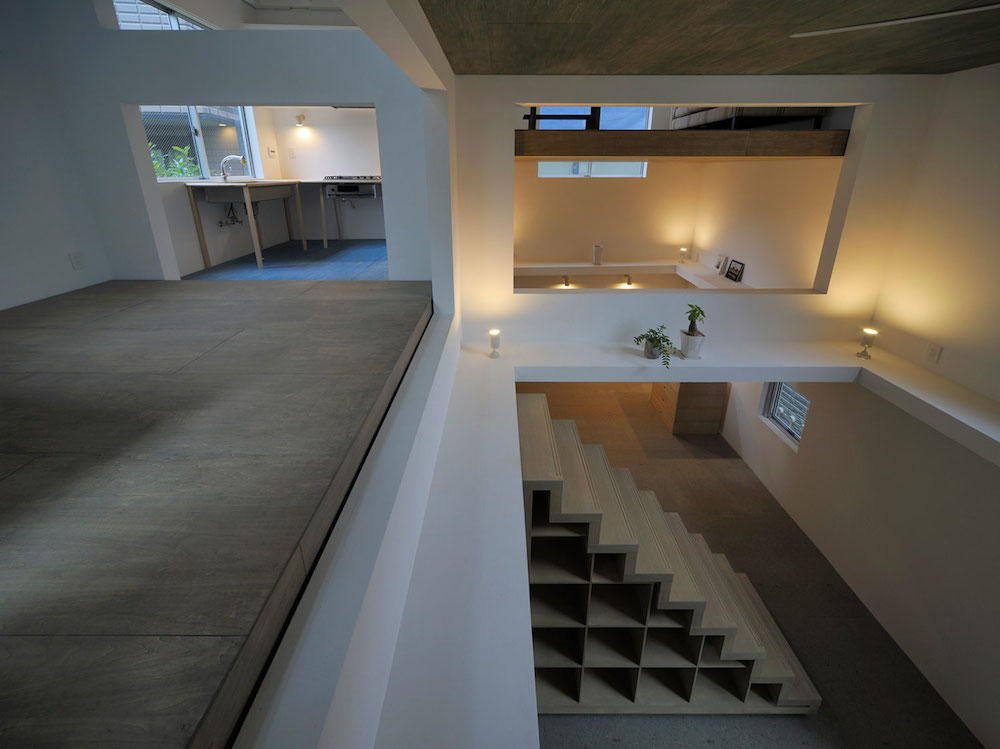 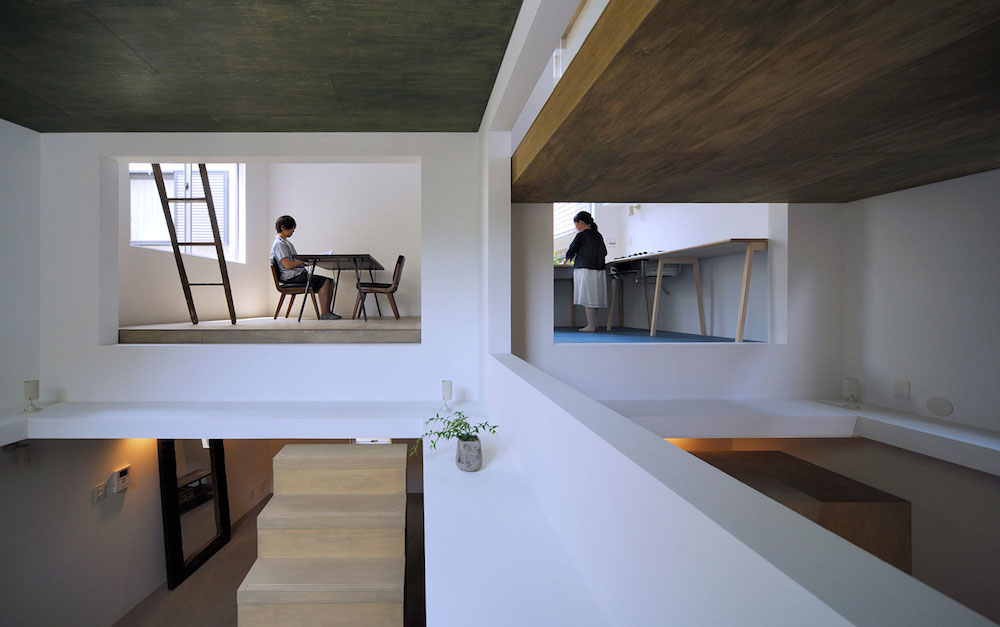 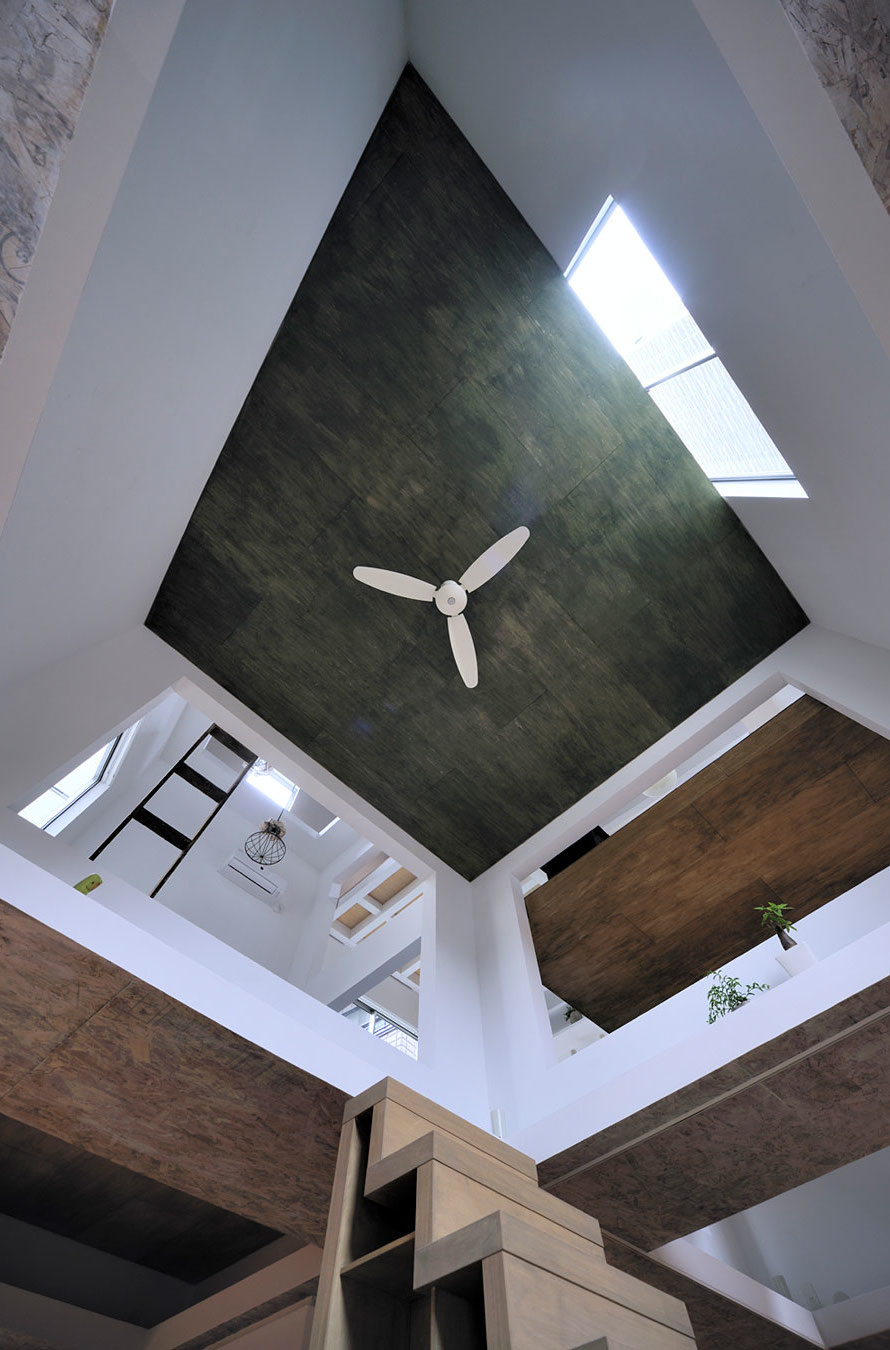 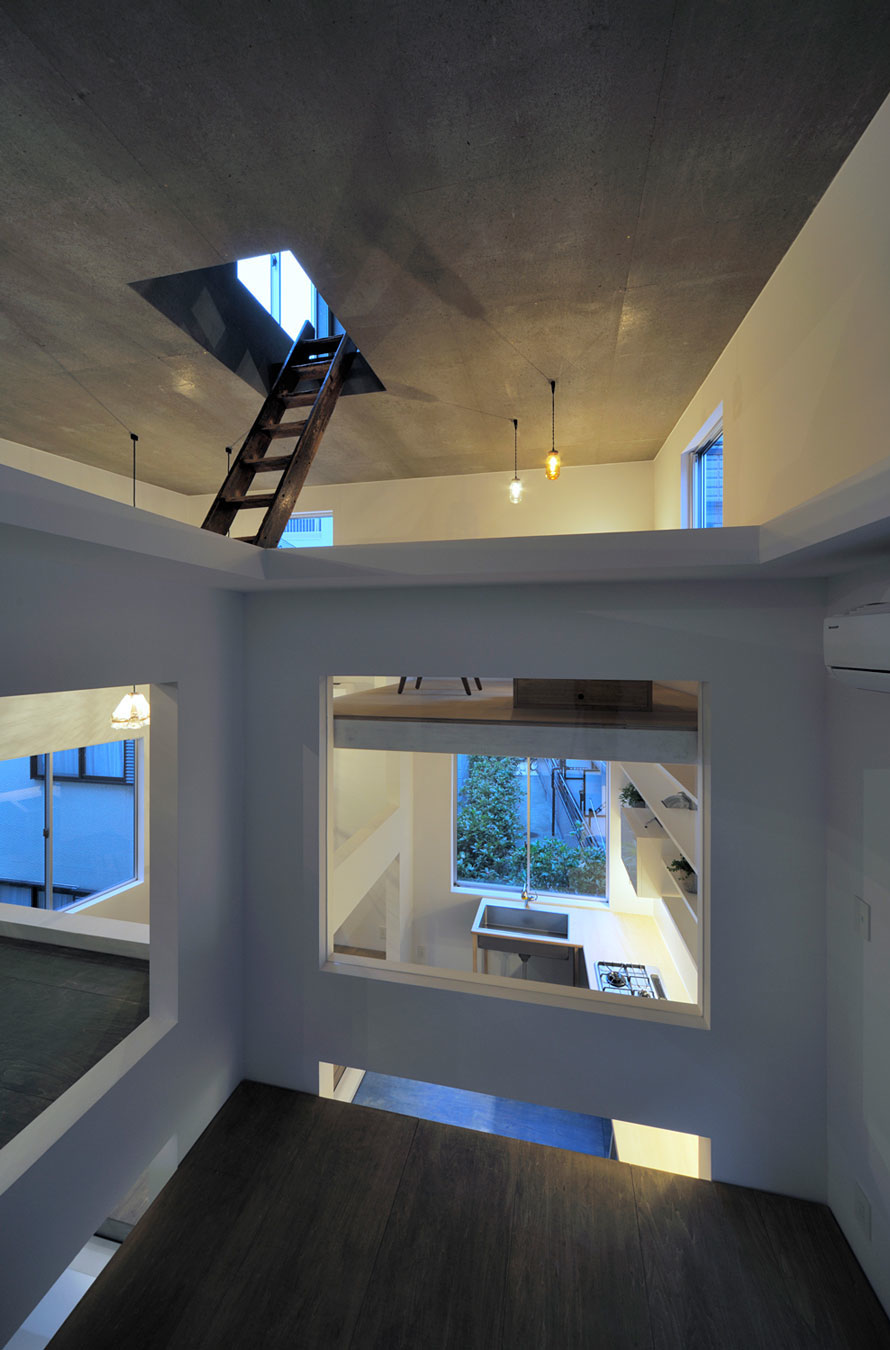 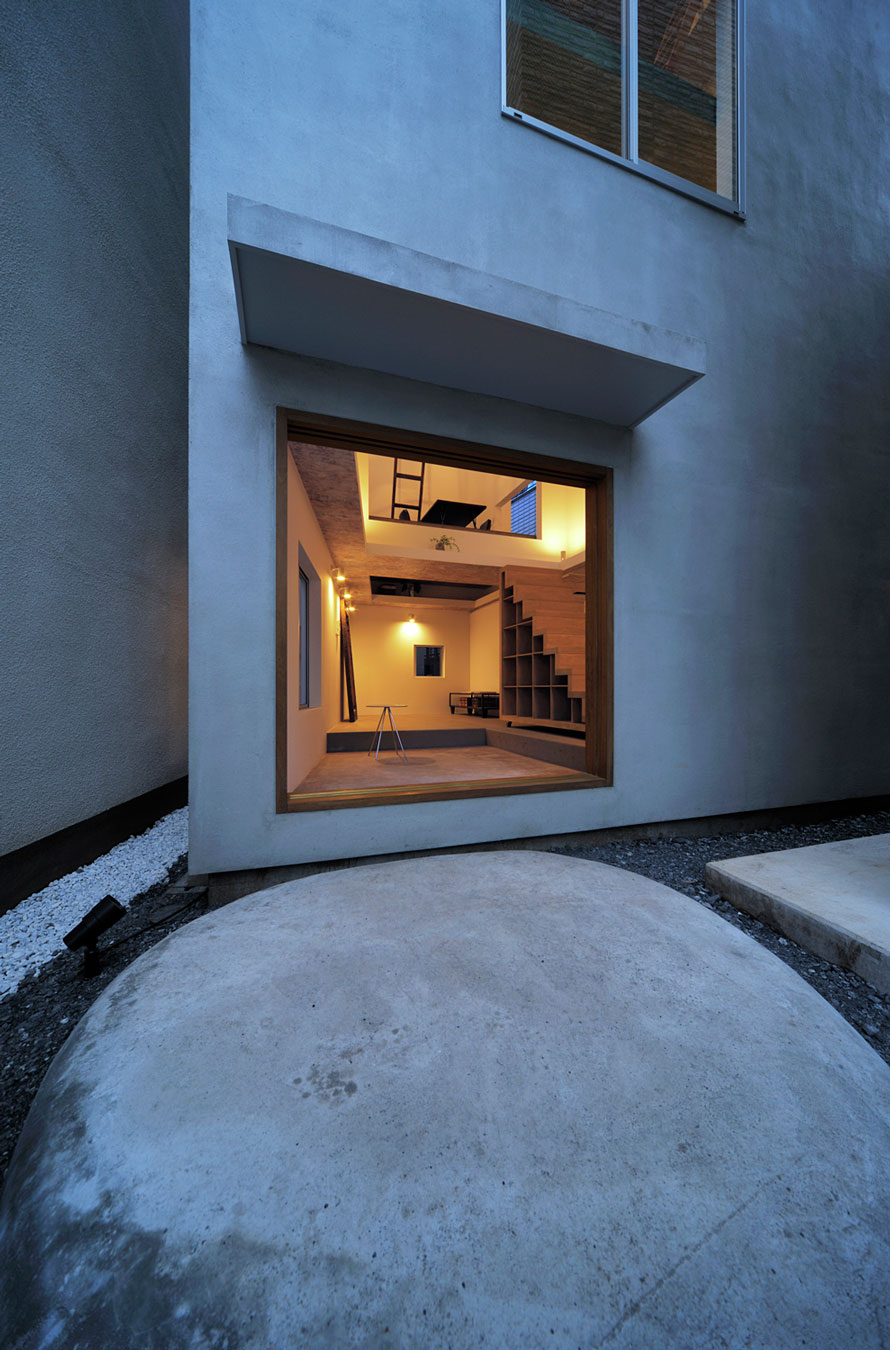