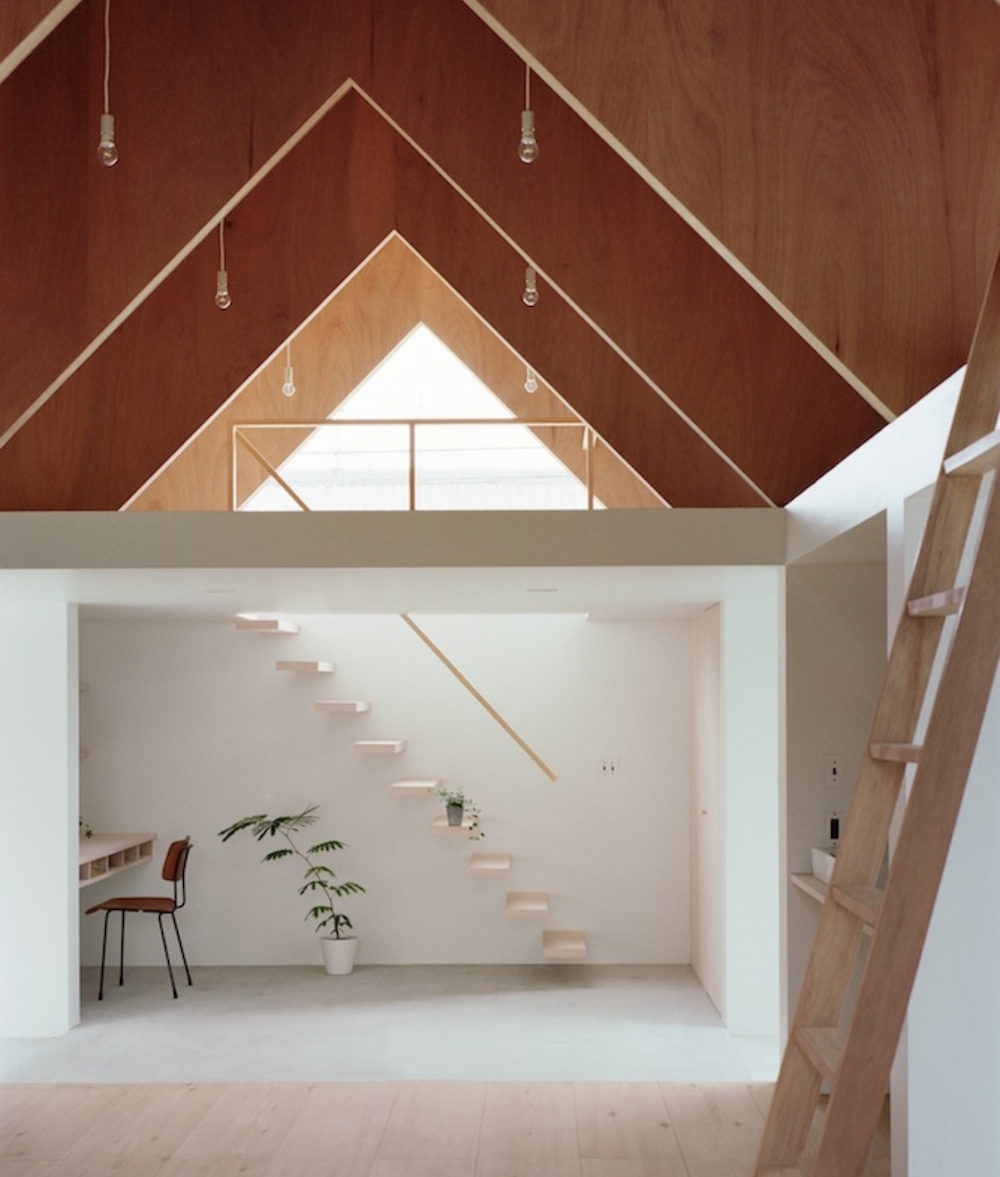 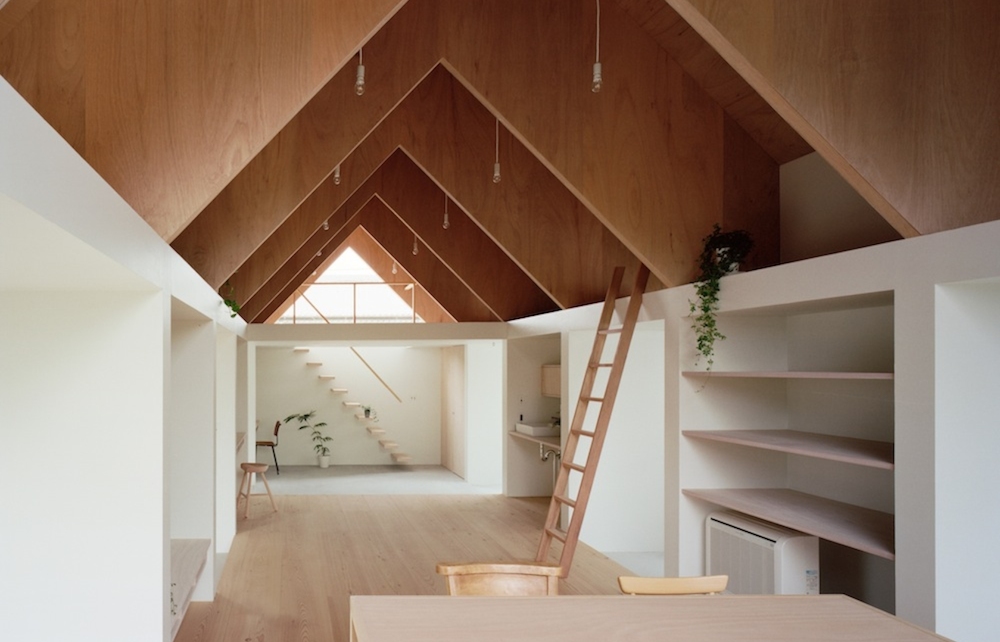 In Koya No Sumika we see the same archetypal Japanese minimalism we’ve previously seen in the architecture and interior design of buildings such as House H. This is rapidly becoming my favourite architectural style and is defined by its emphasis on exposed unfinished wood, clean white walls and troweled concrete floors. This interior is angular throughout often bordering on geometric with the triangular apertures at the two ends and a stark plywood ceiling. 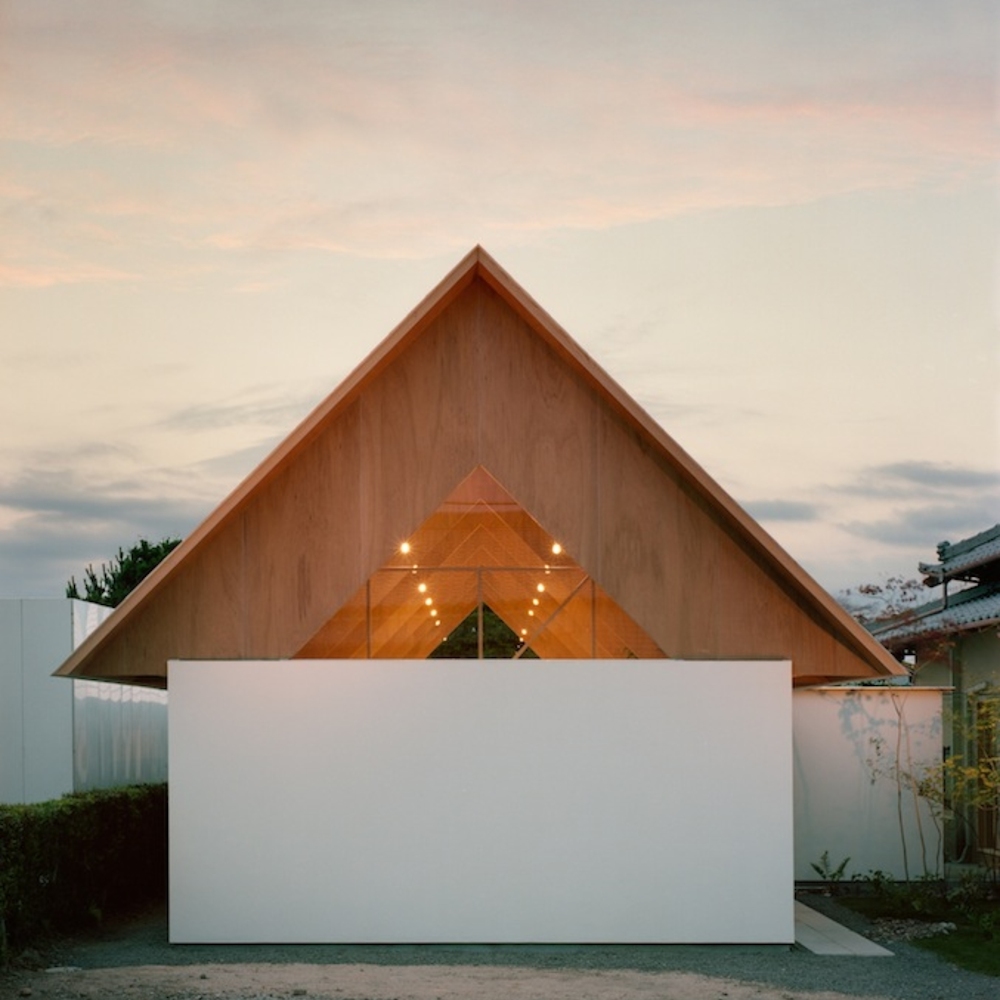 The minimalism present in the structure of the building extends to the internal fixtures with the length of the room being lit by simple wired light bulbs. The stair case is exceptionally pure being composed of cantilevered planks and access to the many small pockets in the roof space is offered by a single ladder. 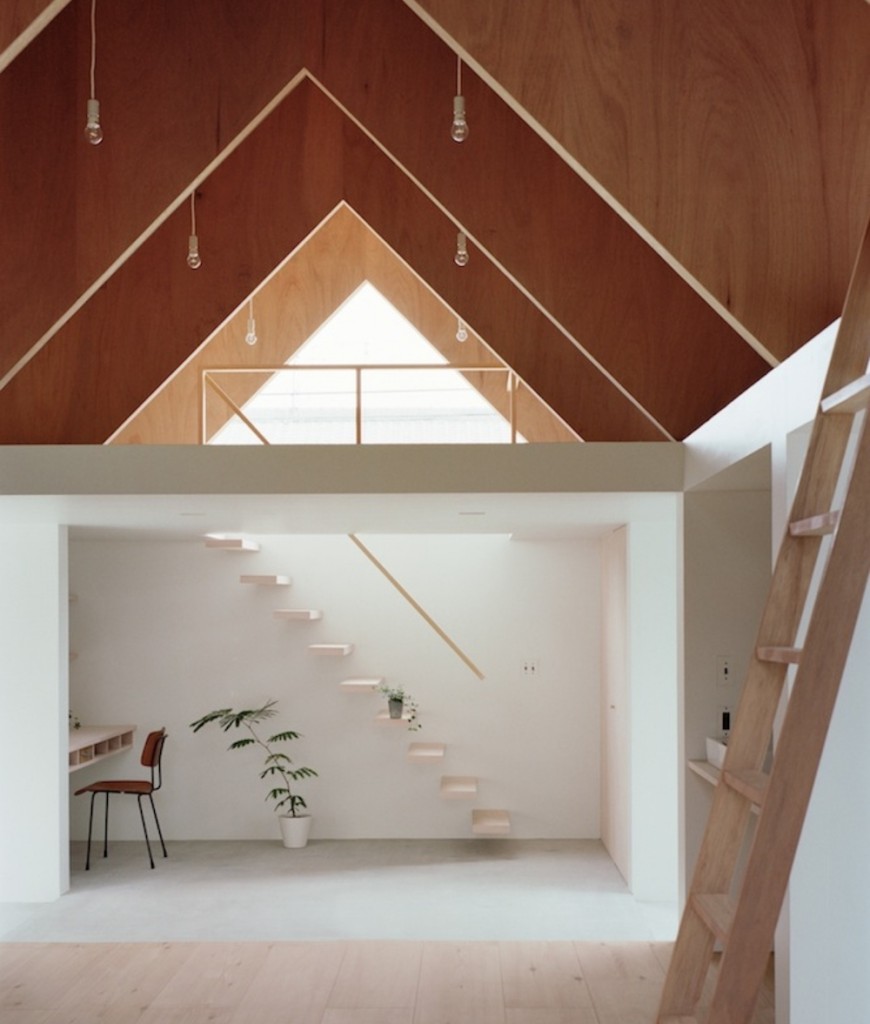 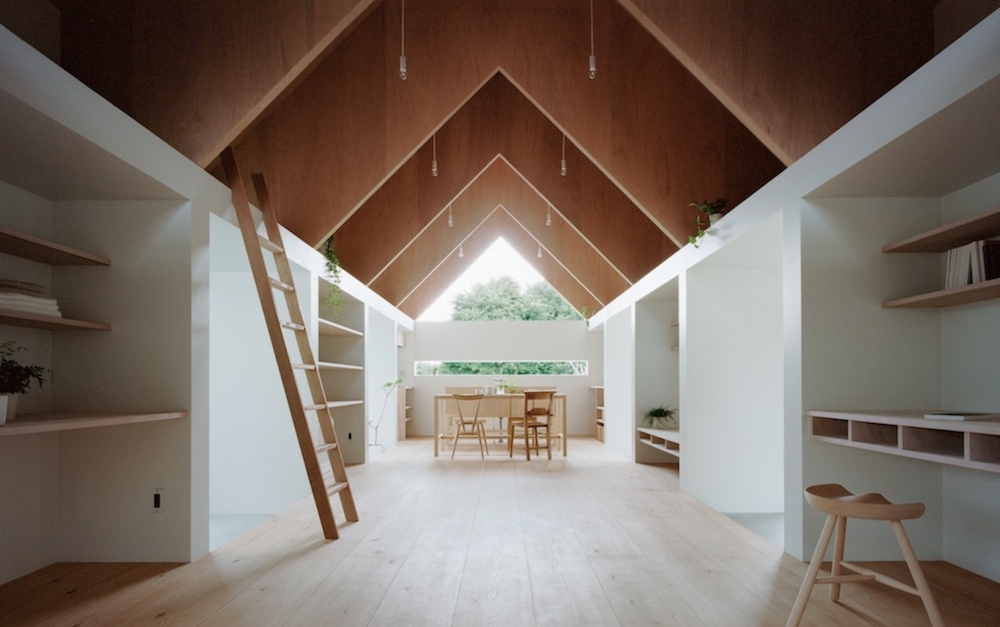 Recessed pockets run along the walls and house small sheltered spaces such for desks and shelving. These inset walls along with the divisive plywood panels of the ceiling cause Koya No Sumika to border on becoming an enfilade although the sensation of one continuous open space remains in this airy interior. 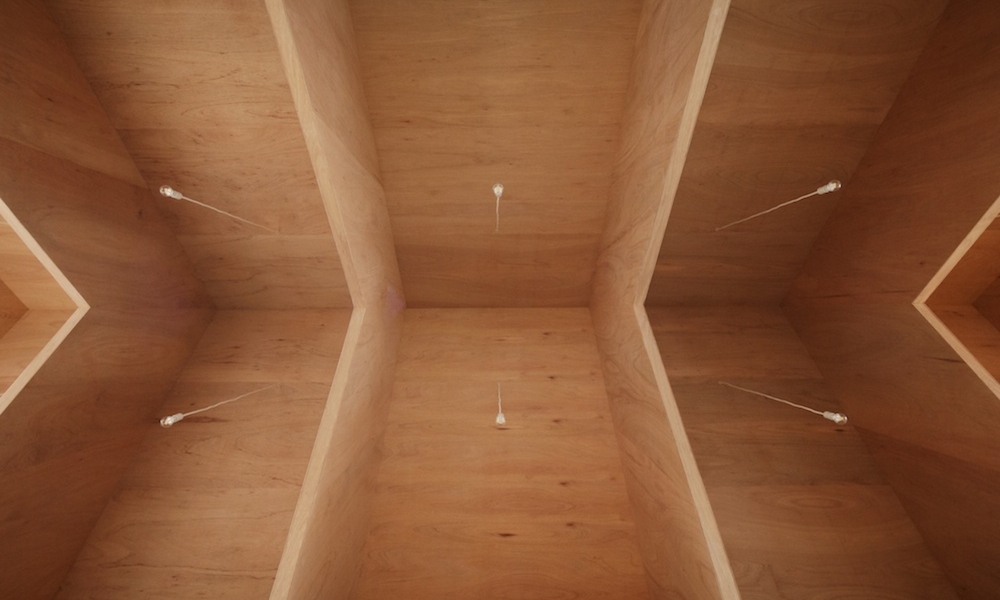 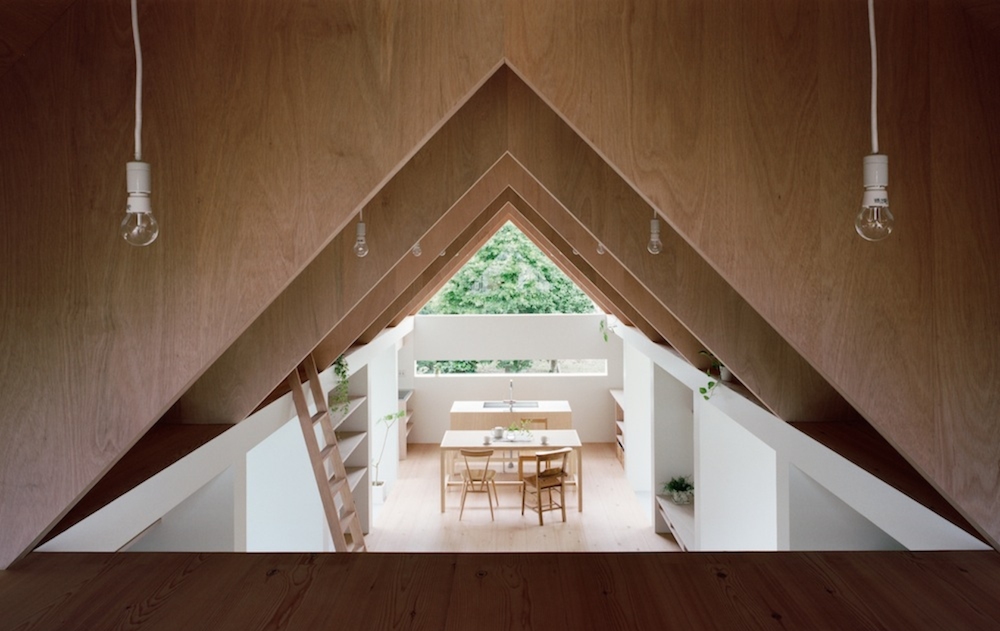 Plywood has been used extensively in the Koya No Sumika extension in the ceilings with their plywood V-beam roof trusses and even in the stunning built in minimalist desk with similar recesses to the Insekt desk. There’s an emphasis on a simple purity throughout this project by mA-style Architects and the house is intended to serve as a blank canvas for the young couples creativity. 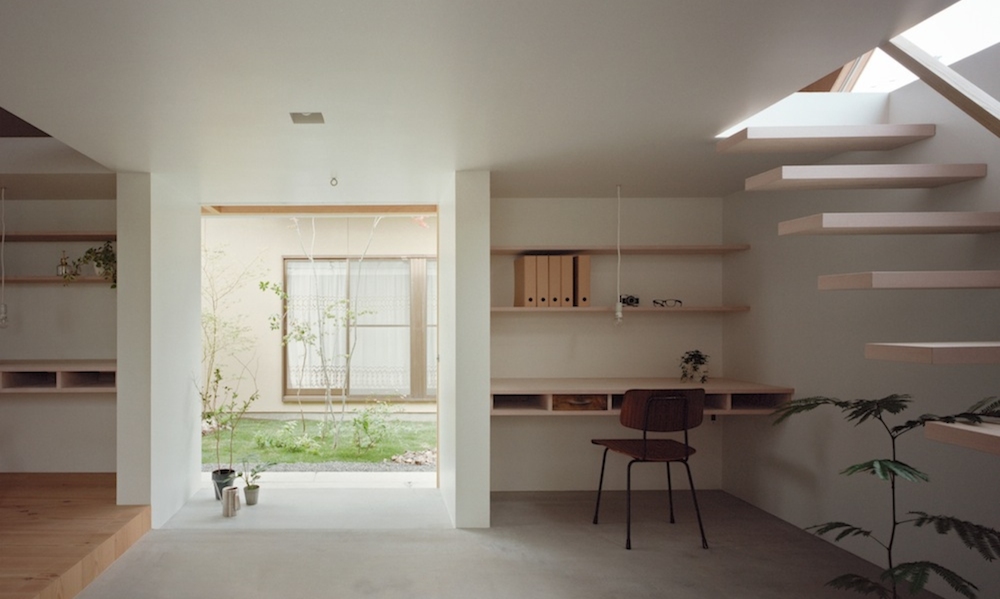 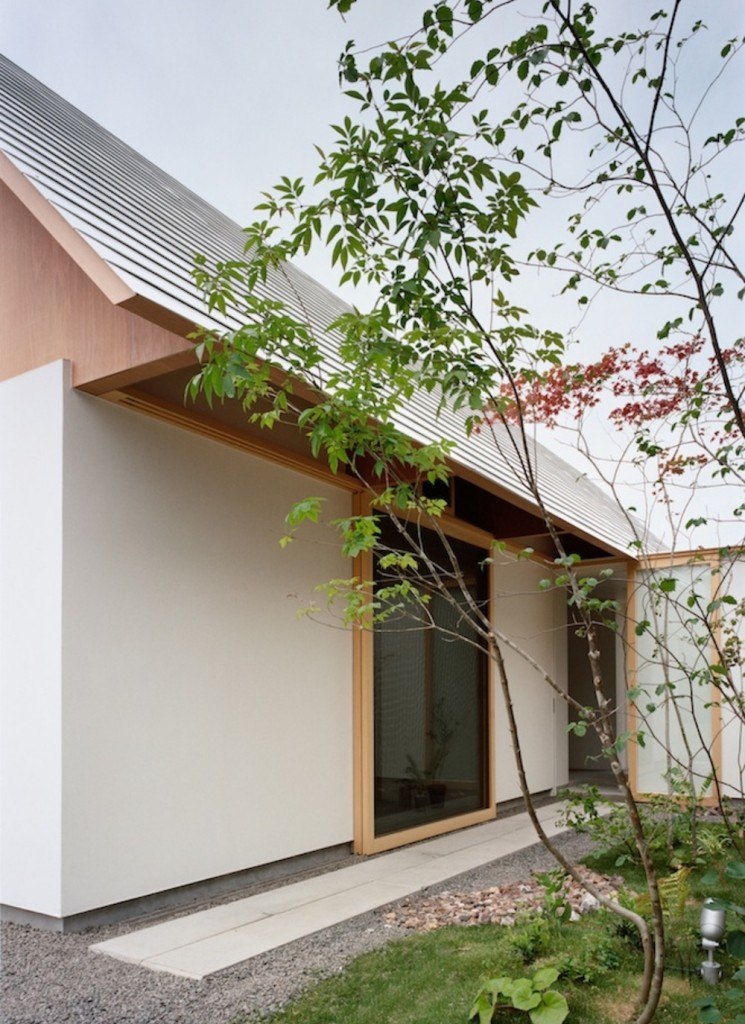 Koya No Sumika was built in Japan as an extension to an existing residence. It creates a separate living space for a young couple while remaining close to their extended family so they can help in looking after small children. The extension is joined to the main house by a single corridor tunnel which offers the perfect balance between it being a separate dwelling and a part of the family house. 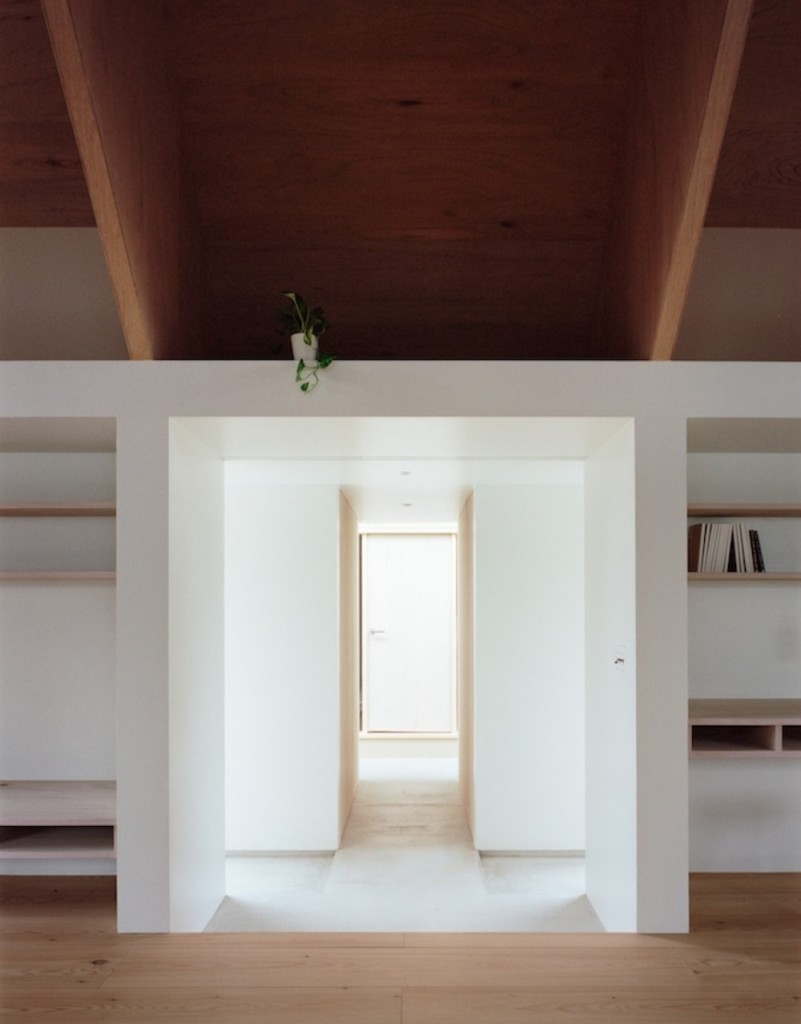 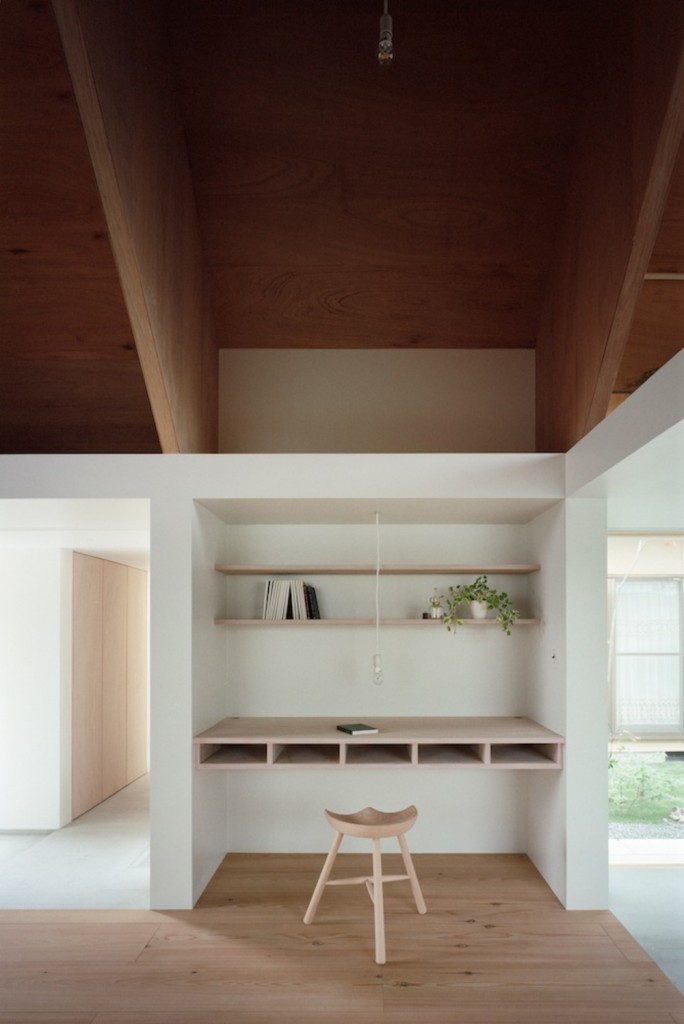