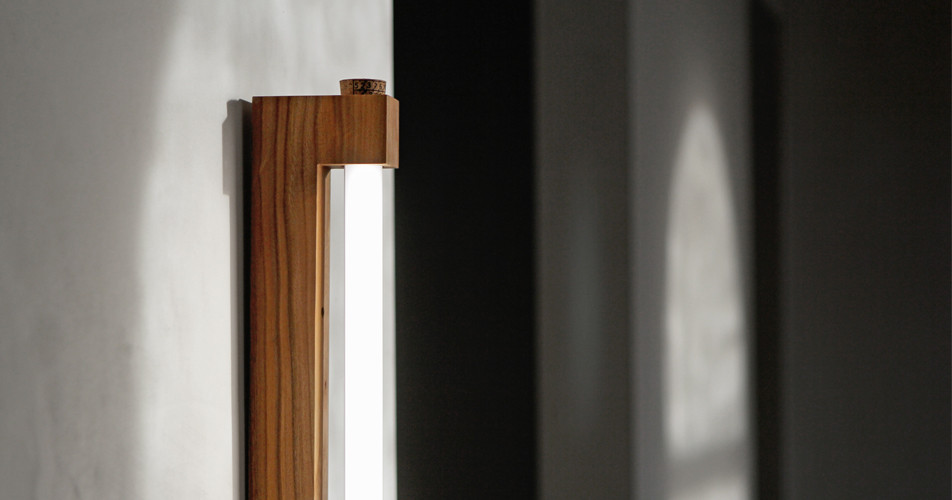 The Ninebyfour light fitting is a great example of wooden minimalist design from the Dutch firm Waarmakers. It is comprised of a single piece of wood which has been hand crafted to house an LED light tube. The ultra efficient, long lasting LED light is held in place by a cork offering a simple solution to what was previously a fiddly task. This elegant light fitting is made possible by the introduction of LED tube lights which look similar to fluorescent tubes but have simpler electrical connection points. LED tubes also give out a much more pleasant quality of light, are incredibly energy efficient and have much longer life spans than fluorescent tubes which often tend to flicker. Somewhat alarmingly Philips Master LED tubes “will probably out-live those born before 1980.” From the start every aspect of the Ninebyfour lamp design was intended to be eco friendly. The wood which houses the LED tube was crafted from salvaged timber which is a highly sustainable material. A pleasant detail of the Ninebyfour light is that the corks which secure the LED tubes are stamped with coordinates that show the previous location of the tree from which your light was made when entered into Google Maps. Ninebyfour lamps do come at a premium price of €385 but are from a limited edition run of 79. These are being hand crafted by Waarmakers and are composed of the salvaged timber from Amsterdam, the first batch of 22 being made from a tree from Albert Neuhuysstraat.

The Ninebyfour light fittings also come with a 900mm Philips Master LED tube which would ordinarily set you back around £54. As you can see from these images, Ninebyfour can either be suspended horizontally from the ceiling or fixed vertically to walls.