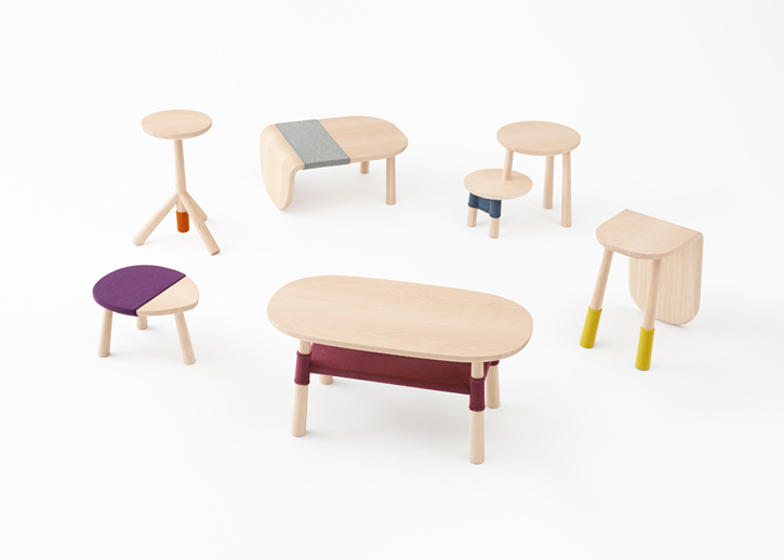 Nendo, one of Japan’s most well known design firms, have just created this series of minimalist side tables for Walt Disney Japan. The table designs were each inspired by different characters from the Winnie The Pooh books, originally written by AA Milne, and later adapted for animation by Disney. 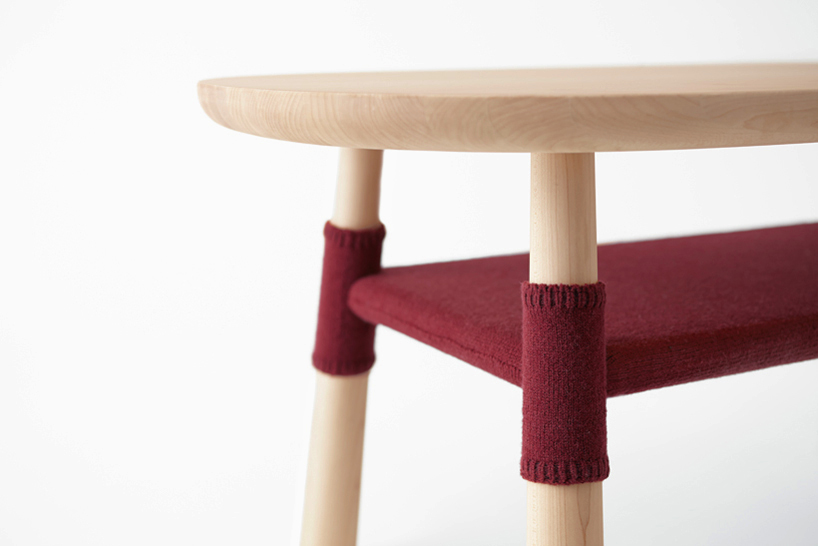 The most notable characters from the stories – including Piglett, Eeyore, Tigger and Pooh himself – are subtly represented as tables in true minimalistic style by their defining features such as their size, shape and colour. The tables are made entirely from maple, a very light, pure wood perfect for stripped-back design as it doesn’t detract from the subtly portrayed, abstract features.

Each table is also finished with wool cladding which adds an element of cosiness to the otherwise plain designs, making them feel like stuffed animals as was originally the case in the stories. The knitted wool also allows colour to be injected such as the red cover above representing Pooh’s top. 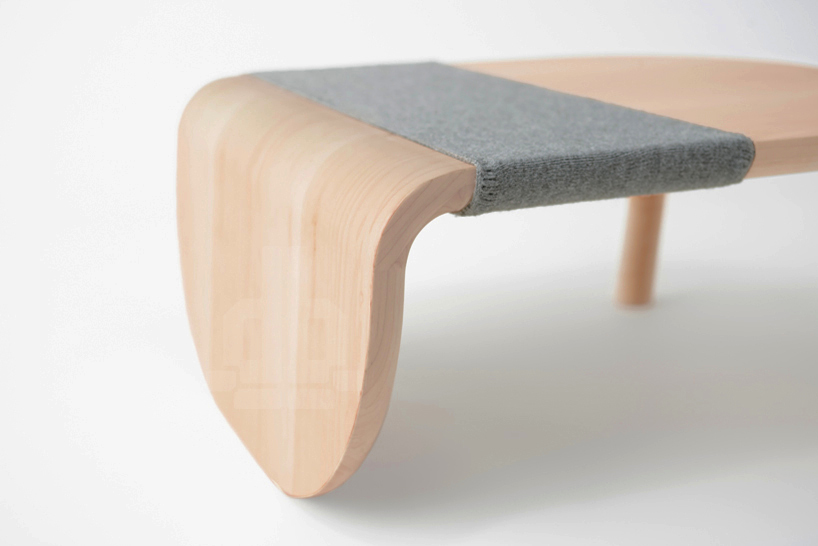 The oft-miserable donkey Eeyore is repesented by this coffee table with a grey wool band and a drooping surface which draws a parallel with his pessimistic, sombre outlook on life. The rotund Piglett is portrayed by this triangular, 3-legged side table with purple wool. 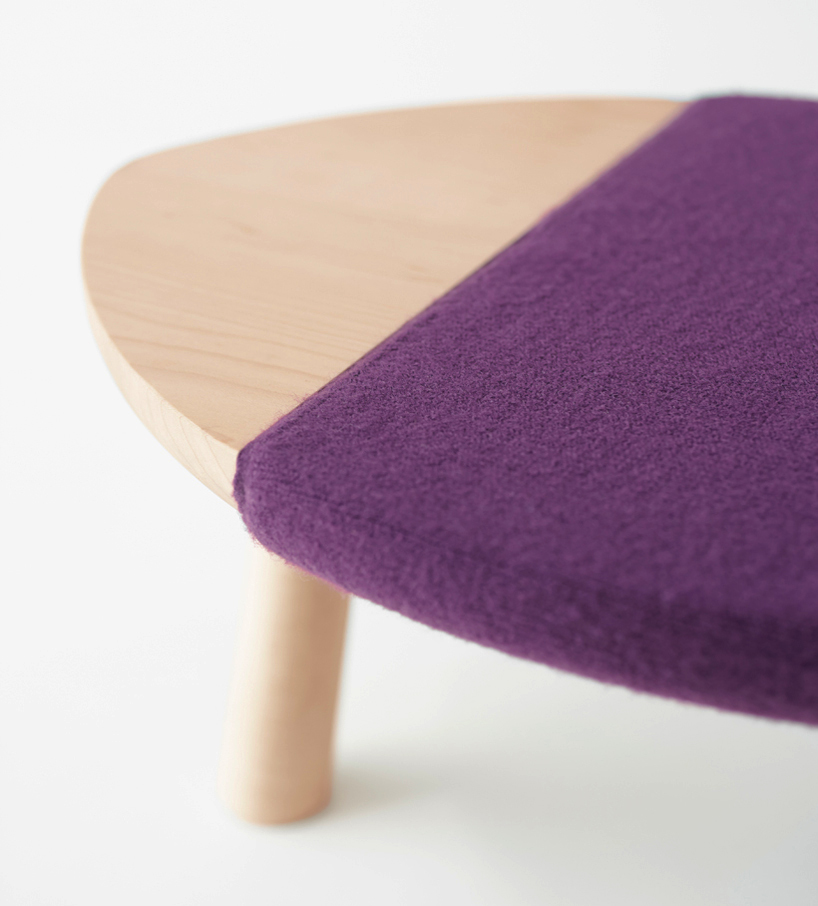 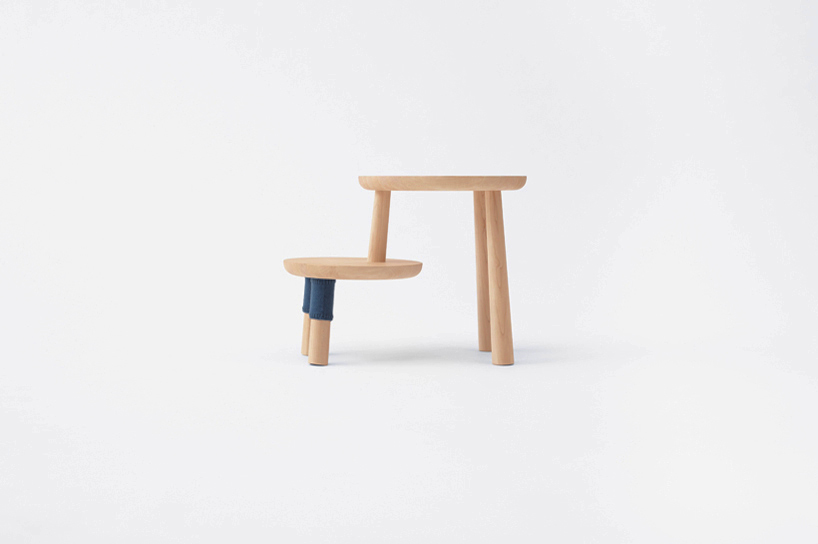 The Winnie-the-Pooh stories also feature a mother and son kangaroo pair – known as Kanga and Roo – who are cleverly represented by this two tiered table. 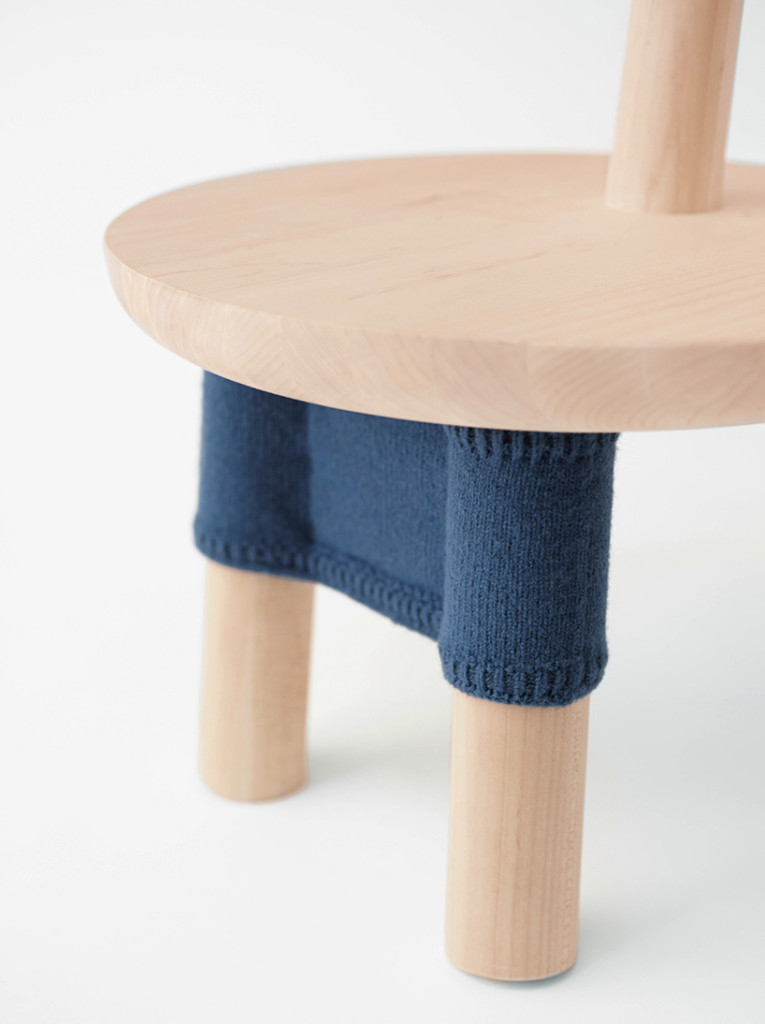 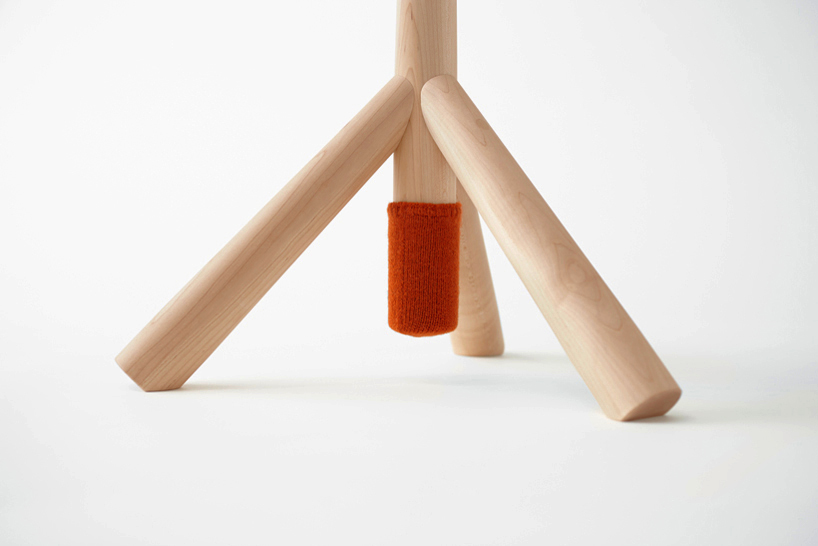 The energetic Tigger is simply depicted by this 3 legged stool, with a knitted cover on an extended stem pointed towards the floor. The stool’s form is vertical and has a sense of being poised, ready to jump, like the bouncy Tigger. 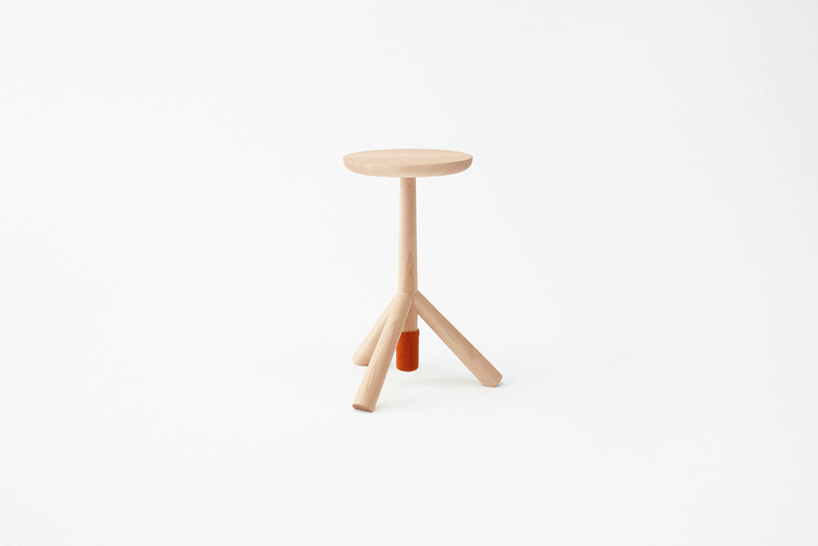 Nendo designed this series of side tables for Walt Disney Japan but it’s not yet clear whether they’ll be used around the accommodation or sold in the shops. The latter seems unlikely given their size, but minimalistic design isn’t often associated with settings primarily intended for children so it certainly does seem like an usual coupling.