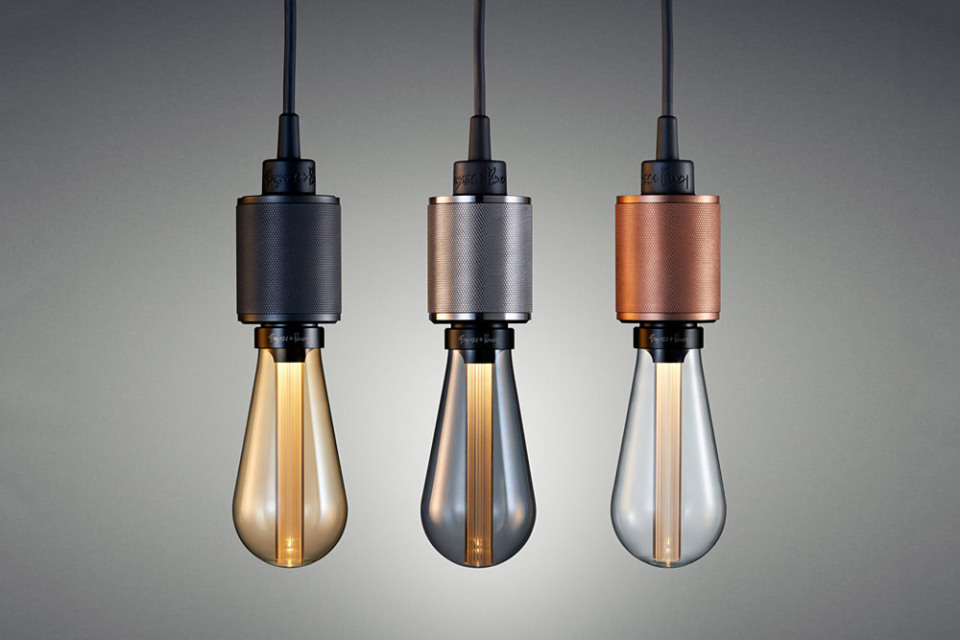 Light bulbs are rarely something worth getting excited about but this certainly isn’t the case with the Buster + Punch series. Massimo Buster set out to re-design the mundane, giving what were once depressingly uniform objects a unique flair. As well as light bulbs, their range also features some rather natty switches and plug sockets — again objects we typically tend to try and ignore. Many of Buster + Punch’s pieces bare signature knurled textures on their notably solid metal knobs. These diamond-cut finishes are found on the dimmer switches and furniture knobs, but this theme even extends to a series of candle holders Massimo Buster has also designed. The LED bulbs feature a resin tube which both reflects the light outwards for an ambient glow, while also focusing a portion of the luminosity directly downwards to serve as a spotlight. This phenomenon is faintly visible in the picture below with straight beams of light emanating from each bulb. Surprisingly, these outlandish-looking bulbs will actually fit a standard E27 socket, but they definitely best compliment Buster + Punch’s ‘Heavy Metal’ pendant series. The unique bulbs cost £40 each, but bare in mind they are LED lights so should have a decent lifespan. Customers have a choice between 3 different glass finishes: crystal, smoked or gold, to alter the tone of light they give off — a common grievance with LED bulbs.