Following the success of their award winning app Paper, 53 have unveiled their accompanying high end stylus aptly named Pencil. This soft tipped implement is more than just a basic stylus though, it speaks to your iOS device through Bluetooth. This enhances the experience of using the Paper app by incorporating palm rejection, an eraser, and gives the user the ability to blend what they have drawn with their fingers afterwards. 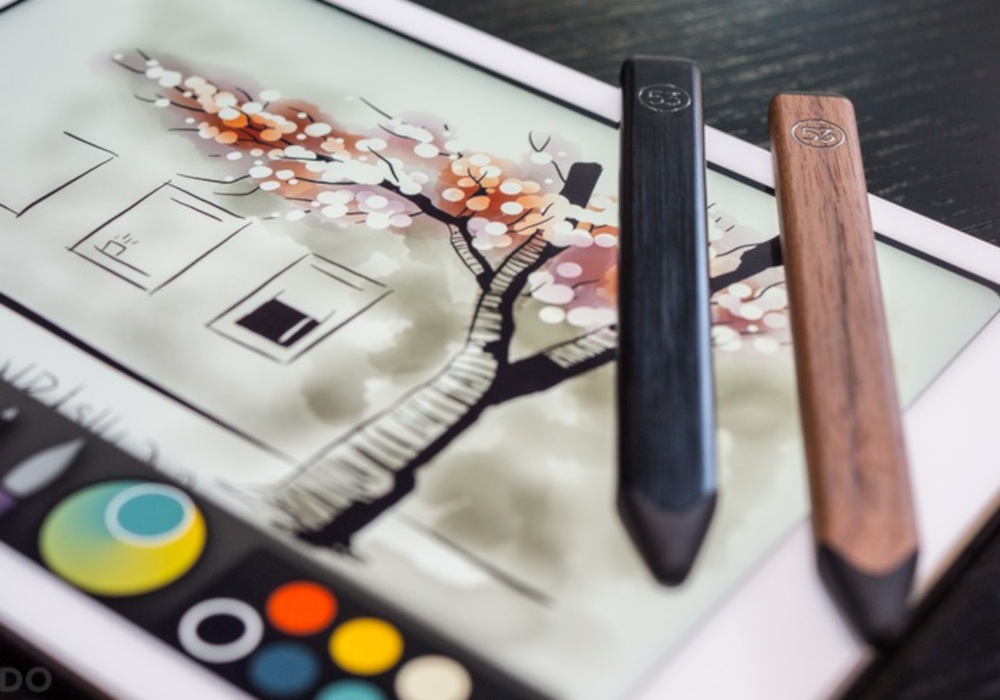 Application and iPad Compatibility of Pencil

While serving as an intelligent stylus with which to sketch in the Paper app, Pencil also works with other apps as a basic stylus without offering any of the additional interactive functionality you receive when using it with Paper. It remains unclear as to whether 53 might in the future licence other applications to make use of Pencil’s sensors and Bluetooth communication with the smartphone or tablet device. However comments on the Procreate forum have suggested that interested developers should contact FiftyThree to express interest in accessing an SDK for Pencil.

As for device compatibility, the Pencil’s advanced functionality made possible through Bluetooth connectivity will only be compatible with iPads with Retina display and iPad Minis. This includes the iPad 3, iPad 4, the new iPad Air and the new iPad Mini with Retina display. However as a ‘dumb’ stylus without these features it should be compatible with all touch screen devices with capacitive displays which includes older versions such as the iPad 2. It’s best to check the official Fifty Three site for full details on compatibility.

Paper was released as a free app which allows you to create Moleskin-esque sketch books on your iPad. It comes with a basic drawing tool and an initially limited array of colours with the option to obtain more tools such as a pencil, pen and watercolour brush as well as an ingenious colour mixing wheel through in-app purchases.

This is a great business model offering the perfect amount of free content as it is a fully functioning drawing app without the in-app purchases. Recently 53 have also made it possible for you to order high quality printed Moleskin notebooks of your creations in the Paper app. The iOS app received numerous awards including iPad App of the Year from Apple as well as the Apple Design Award and Best Design at the 2012 Crunchies Awards. 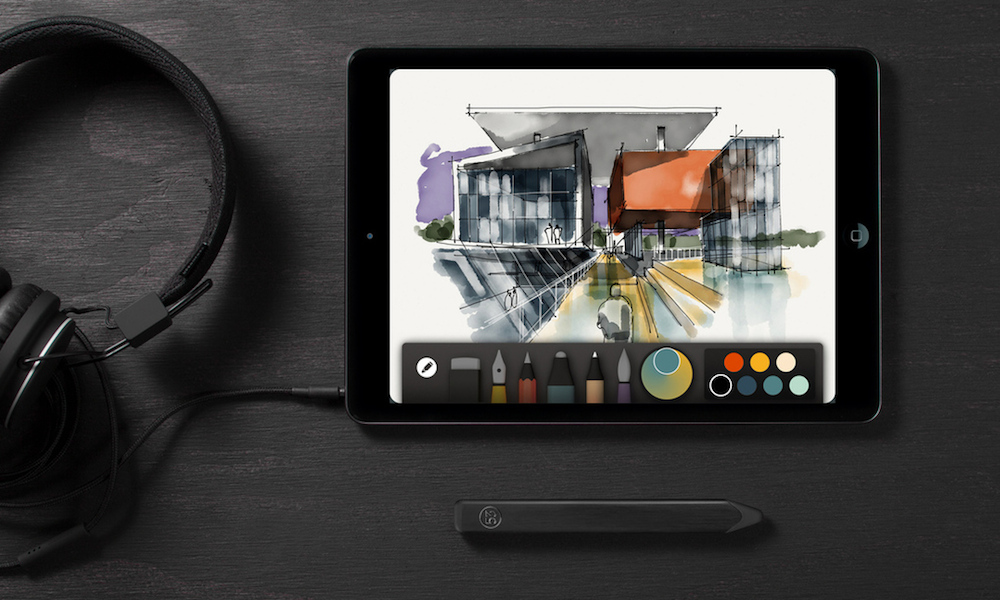 The Pencil stylus is available in either walnut or black anodised brushed aluminium. Both finishes are crafted from a single piece of material and feature friction tuned tips. Inside the Pencil are the electrical components which slide out and can be charged via USB with a 90 minute charge lasting a month. You’ll notice that Pencil has a rounded but predominantly flat shape (drawing inspiration from traditional carpenters pencils) to stop the implement rolling away.

Pressure Sensitivity… or Lack of

But what really lets Pencil down in my opinion is that it doesn’t support pressure sensitivity (although this might be added in future versions). This feature would allow the Paper app to know how hard you’re pressing with Pencil and adjust the thickness or the opacity of the virtual implements accordingly. This is really needed as the watercolour brush is often too thick and due to the simple style of the Paper app there are no ways to change brush sizes. I think 53 are really missing out on something here as they have already created an elaborate, high quality stylus with BlueTooth connectivity; all that was really needed was a pressure sensor.

The Ten1 Pogo Connect stylus does offer pressure sensitivity in Paper but is it not compatible with the new iPad Air and it is the only stylus that offers this functionality. That is unless 53 were to add support for other styluses with pressure sensitivity such as the brilliant Wacom Inuos Creative Stylus but this doesn’t seem to be high on the FiftyThree agenda with the release of their own Pencil stylus.

I think the only thing that will hold the Pencil from becoming a widely used piece of kit is the price point which might only make it attractive to those in the design industry. What’s more without advanced features such as pressure sensitivity it might fall into an awkward middle ground satisfying neither group. The ‘introductory’ prices for Pencil are $59 (£36 / €43) for the walnut finish and $49 (£30 / €36) for graphite aluminium, and I already find these high considering you can get a basic stylus which offers similar functionality such as the Sketch Stylus by Suck UK for just £5.

Furthermore Pencil by 53 is currently only available to order online if you live in the USA or Canada although more destinations such as the UK will apparently be added soon. If Pencil isn’t yet available to buy in your country I’d advise you to request it on the Pencil by 53 website which will also email you a notification when it does go on sale. It is possible that the next wave of destinations to be added could cover much of Europe including the UK, France and Germany as well as Australia as these destinations will likely have the highest demand.