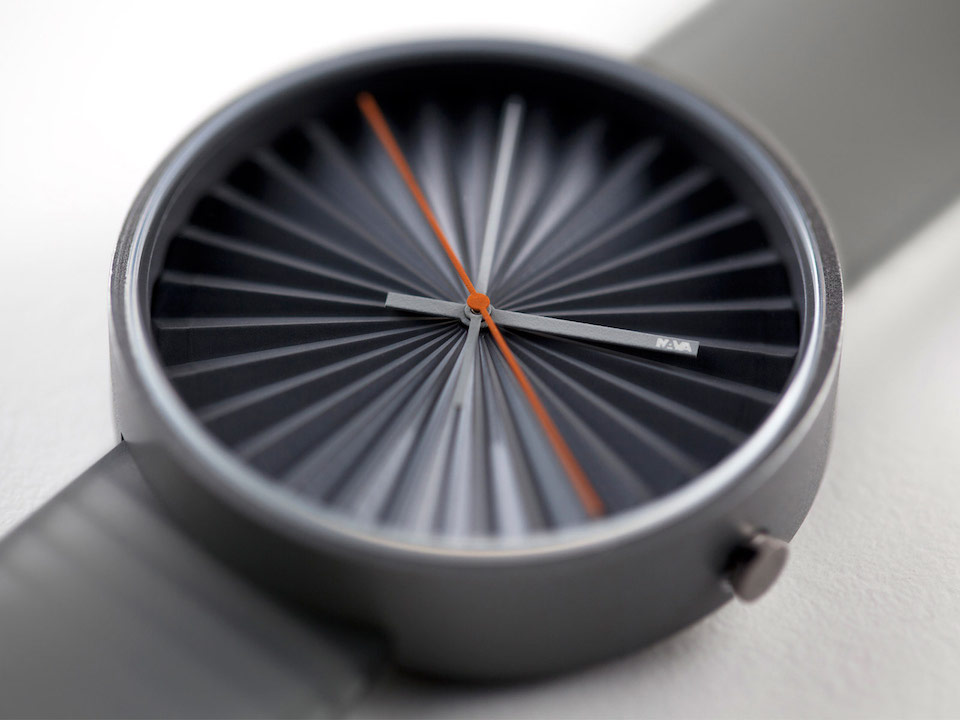 Picking out christmas presents for people is never an easy task and it can be even more difficult finding gifts for those into design who value form, function and quality. We’ve compiled this little list with a few suggestions that cover a wide range of price brackets to give you a head start. Certainly not your ordinary wallet, these remarkable card holders by Slim Timber are made from single pieces of solid walnut and are each capable of holding around 8 standard cards along with some cash. The insides of these wooden wallets have been masterfully hollowed out and a simple leather strap secured by a magnet holds your belongings in place.

A card case like this might not be suited to someone who seems to have a loyalty card for every store they frequent but it can be ideal for those who tend to just carry a few cards and some cash. A slim wallet like this can also be useful for evenings out where you don’t need all that clutter and there are fewer important cards to replace should the wallet go missing.

We saw the new Pencil stylus by 53 unveiled last week but unfortunately it’s only on sale to the USA and Canada at the moment and is perhaps a bit too pricey as a gift. The more playful pencil stylus by Suck UK makes for a great small gift however and basically serves the same purpose.

This chunky iPad stylus is a play on the iconic Staedtler pencil design and is available in yellow red or white. It costs just £7.50 with free delivery to the UK and as a stylus is such a simple item to begin with it’s still a high quality implement despite coming at such a low price. Push is a lovely little minimalistic dish created by Fundamental, a German design company who specialise in geometric furniture. We have previously featured their Herakles table although Push is a far smaller and more affordable product which would make a great christmas gift. It comes as a flat circular sheet with a geometric pattern etched in which can be pressed in with your finger to create dents which serve as dishes. These can be reset and altered over time to suit your needs and also makes Push very portable.

Push Trio was originally intended to serve as a jewelerry bowl but as you can see it could be suitable for plenty of other small objects such as coins or keys. A version with a single larger bowl called Push Solo is also available which perhaps better allows the customisable nature of the pliable surface to shine through with it being possible to make several dimples in one dish.

Sold by: The Fundamental Shop
Price: €18

This started out as a tumblr blog which due to its popularity has since been assembled into a book. It’s basically a collection of amusing anecdotes from people who work the design industry including freelance web designers, graphic designers and animators relating to the bizarre requests they receive from their clients.

Clients From Hell isn’t just about insiders poking fun at the non tech savvy though, it’s more about laughing at the complete lack of common sense people can have. Just about anyone will be able to relate to the hilarious anecdotes featured in this book as they don’t rely too heavily on technical knowledge. The book was originally released back in 2010 but a second edition has now been released although unfortunately this is only available on kindle and so not ideal as a gift.

Plicate is a watch designed by Benjamin Hubert and features a 3 dimensional, textured face made up of pleats. The folded surface was inspired by paper fans and each fold marks one second. This is a really fun watch made up of quite raw materials including a corrugated plastic strap and a humorous popper clasp.

If I was writing this list last year then I probably would have featured one of the lower end minimalistic watches from Uniform Wares such as the 103 series but their latest designs have been very lacklustre. As some others have pointed out their latest editions are becoming over-designed and as a result are losing a lot of the iconic minimalistic charm we saw in their earlier watches.