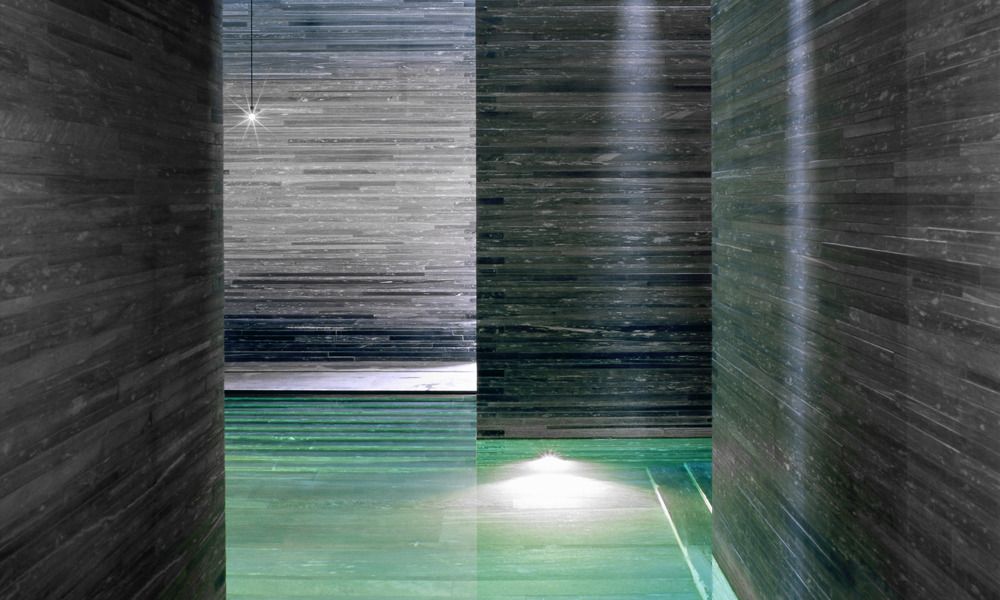 The Therme Vals resort was originally established in the 1960s as a hotel complex built over naturally occurring thermal springs in the Swiss Alps. The developer behind the project went bankrupt in the 80s which lead the to the village of Vals itself buying the site. The villagers elected to build a dedicated spa building in the early 90s and Peter Zumthor was the architect chosen for the project. As testament to the immediacy of its recognition as an architectural masterpiece, Therme Vals was (somewhat paradoxically) listed as a historical building just 2 years after it’s completion in 1996. Therme Vals is monolithic yet strangely unimposing, and despite many of the inner sanctums of the building being largely windowless and maze-like in composition, no feelings of claustrophobia are invoked. The enormously high ceilings throughout the structure do a lot to combat this, and perhaps the overtly brutalist aspects of such a building were averted through the use of contrasting strips of natural stone, which add a textile quality to the walls. The surfaces of Therme Vals are clad with a total of 60,000 panels of locally quarried Valser quartzite. This stone was made into 1 meter long strips which were applied horizontally. The variations in colour between segments and the staggered arrangement makes these stone walls look like silvered timber cladding – but don’t be fooled. “I work a little bit like a sculptor. When I start, my first idea for a building is with the material. I believe architecture is about that. It’s not about paper, it’s not about forms. It’s about space and material.” Incidentally, this spa is in the same Swiss village – Vals – as a house we previously featured on Homeli: Villa Vals by SeARCH & CMA. While serving completely different purposes and existing on entirely different scales, these two buildings share certain characteristics. For example they are both built partially underground – with Villa Vals being cut into the hillside, accessible only via a tunnel; and Therme Vals having sections of its structure part submerged by encroaching slopes. The two building also both feature living green roofs which go a long way to blend them into the Swiss scenery.