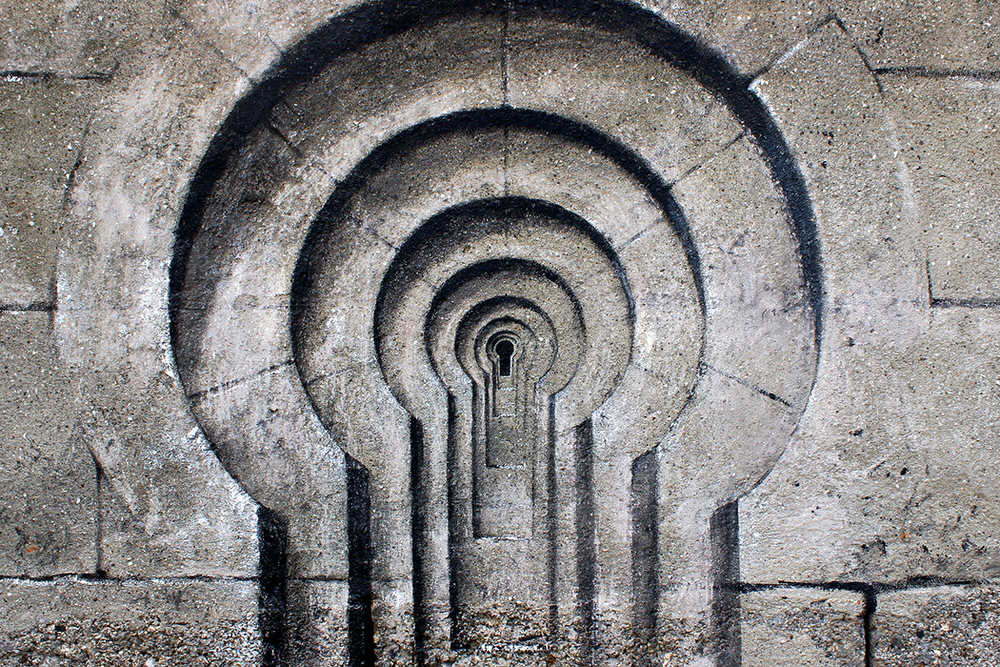 The renowned Spanish street-artist Pejac recently made an expedition to Turkey, during which he painted three trompe-l’œil murals in the backstreets of Üsküdar, Istanbul. The subjects of these paintings are windows, shutters, peeling posters and keyhole locks, and they appear as though they are actually inset into the wall. Instead of using spray paint and stencils, typically the go-to medium for street artists, Pejac instead opted for fine paintbrushes, acrylic paint and sandpaper to create these three murals. He has called them “Lock”, “Shutters” and “Poster”, and all three use masterful perspective techniques to give depth to the paintings and create optical illusions within the wall. Pejac has stated on his Facebook page that the series of three paintings, collectively titled ‘Blind Windows’, are about a “lack of freedom”. I’m speculating that this is possibly regarding recent social media censorship in Turkey which included Twitter, SoundCloud and YouTube.