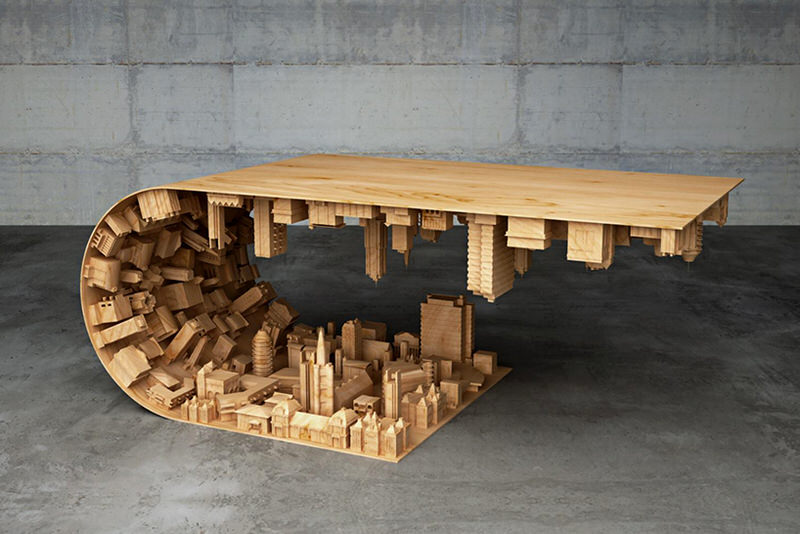 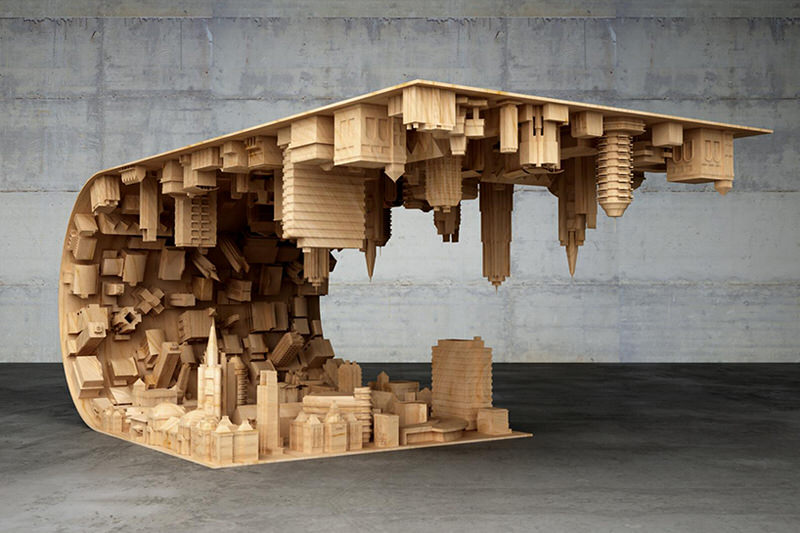 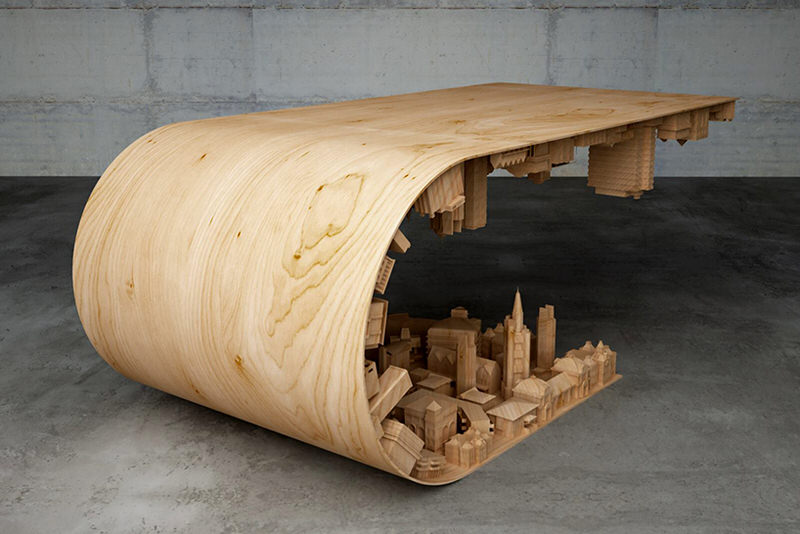 Wave City is an intricately crafted coffee table by Stelios Mousarris that was inspired by the 2010’s Inception, in which one of the film’s few notable scenes shows the city of Paris bending up into the sky and over itself. This imagery has been recreated in this furniture series with a curved plywood sheet and a multitude of meticulously carved buildings, each with their own distinct designs. 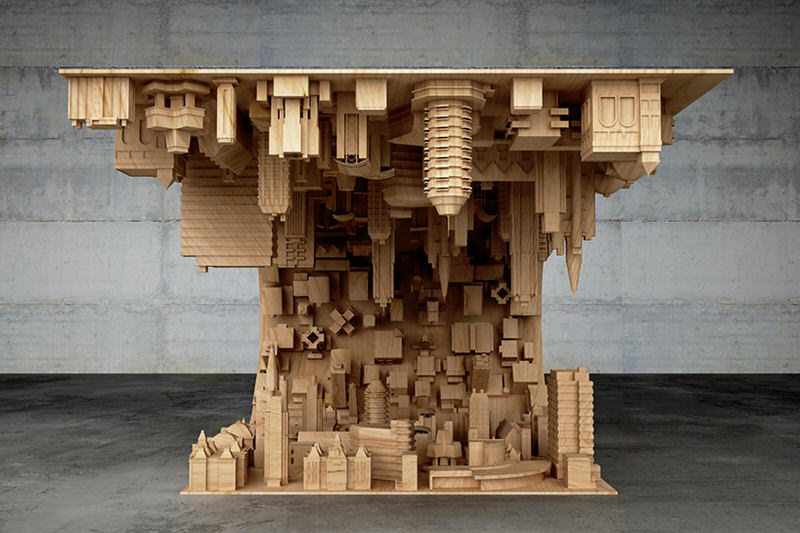 The piece illustrates an urban skyline scattered with skyscrapers that seemingly lifts into the air and finally folds back onto itself in a single, continuous curve. A series of meticulously carved buildings add a sense of realism to the otherwise surreal design object, which carefully balances on the lower section of the street. Stelios Mousarris 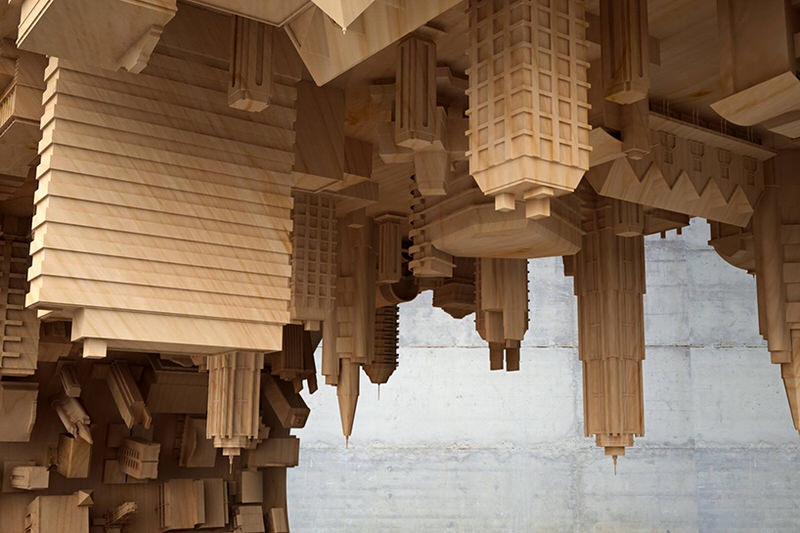 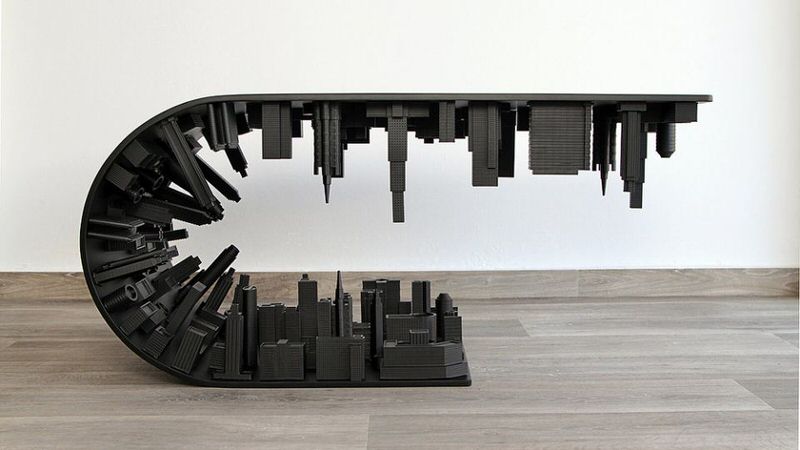 Stelios Mousarris has also designed a matte black edition of the coffee table, as well as a much larger dining table version which at 2.5m long can seat up to 12. As you would expect for such a unique and detailed furniture piece, Wave City tables certainly aren’t cheap. The wood version featured here is one of a limited edition run of 25 and comes with a price tag of €8,500, while the matte black edition and the dining table are each part of a run of 10 at €6,500 and €18,000 respectively. 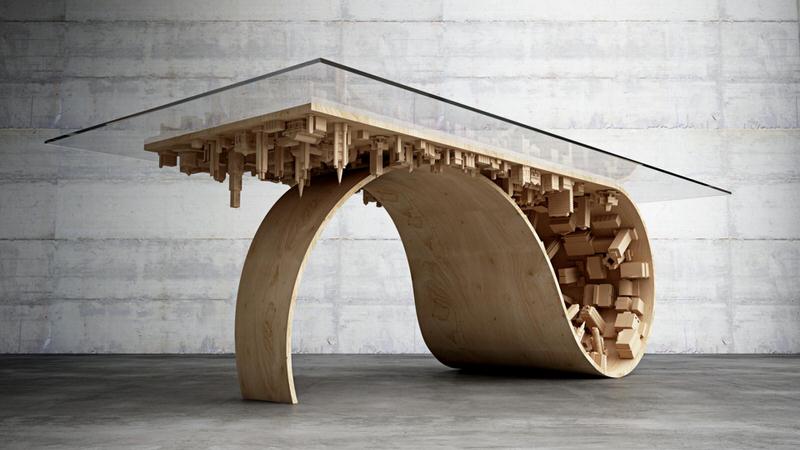 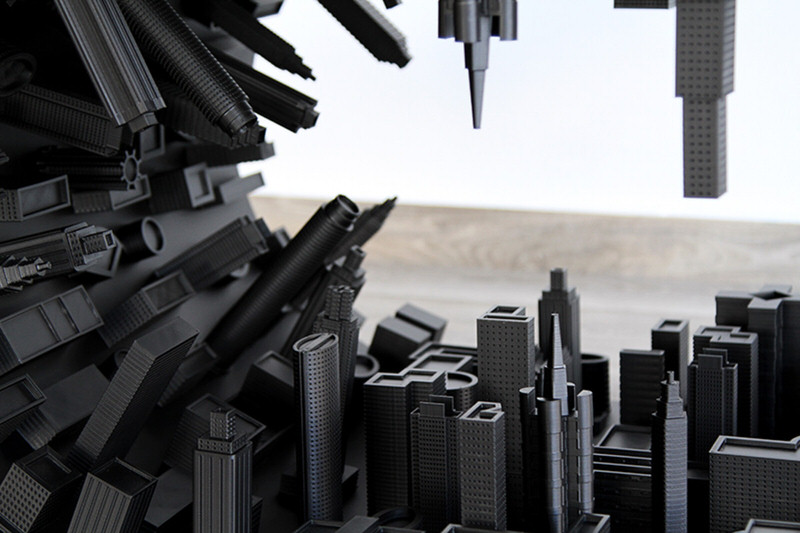