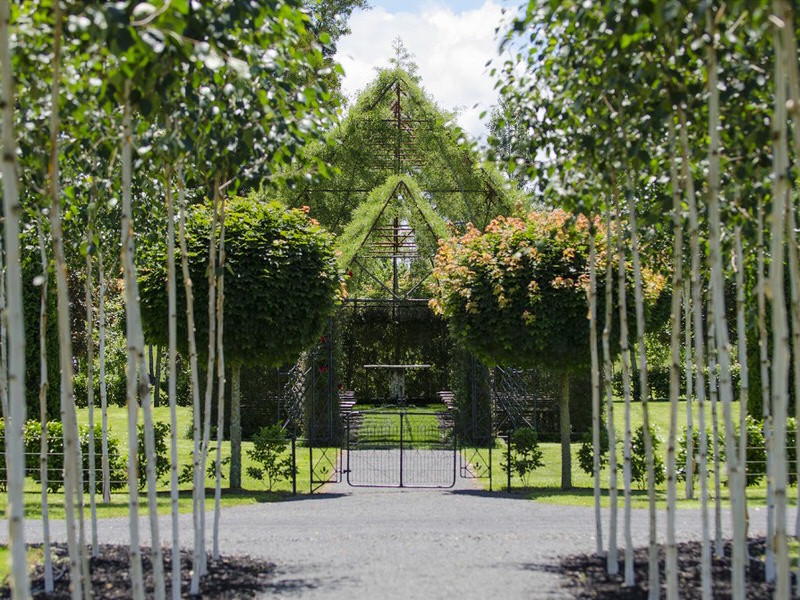 This remarkable chapel was created by Barry Cox in New Zealand by skillfully growing trees around an iron frame. Originally the Tree Church was intended to be a private retreat, but it was decided that the setting was too beautiful not to share and so Barry Cox opened it up to the public, predominantly it seems to serve as a wedding chapel which can be hired It took Barry Cox 4 years to create and cultivate his tree church, and it takes approximately 8 hours to trim and prepare the site prior to a service. Several species of trees were used in its construction, with an intentional contrast between Leptospernum (Copper Sheen) for the walls and Alnus Imperialis (Cut Leaf Alder) for the roof. I walked out my back door one day and thought, ‘That space needs a church’ – and so it began.Barry Cox Trees are clearly one of Barry Cox’s true passions, as he is also the designer of the TreeSpade: a heavy-duty truck attachment for transplanting trees that would otherwise have had to have been cut down. He provides this service in New Zealand under the name of Treelocations, and many of the trees on his own estate are ‘rescued’.