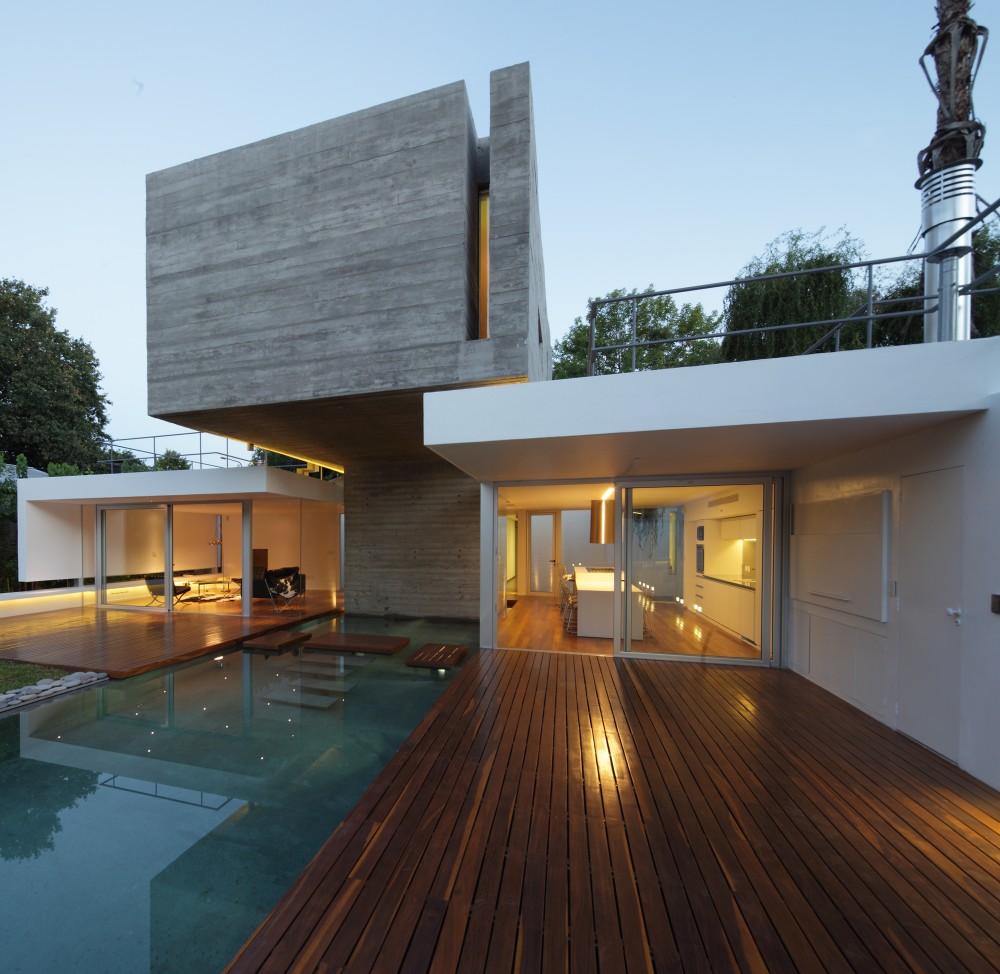 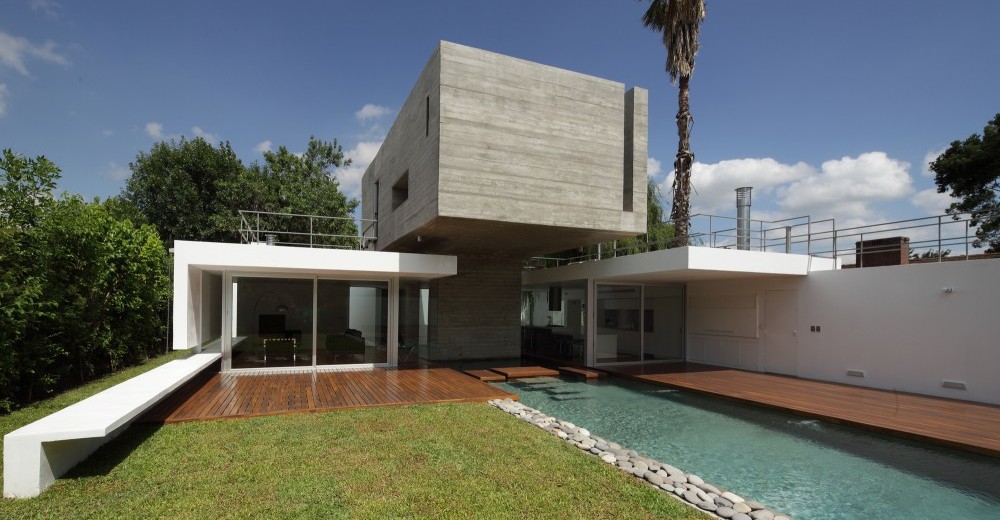 The Bunker House was designed by Argentinian architecture firm Estudio Botteri-Connell and offers a fun interplay between the impenetrability of a brutalist concrete bunker and the wide-open expansive windows of the adjacent rooms. The architects in fact refer to these windows as membranes indicating the intention that they should allow interaction and communication between the internal living spaces and the outdoors socialising areas. 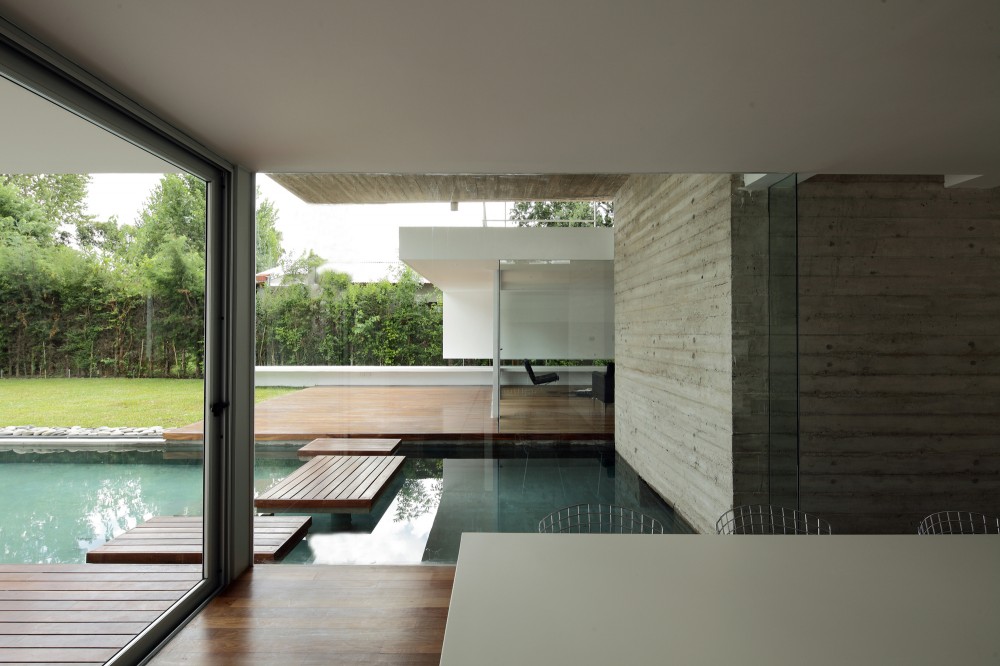 The structure is in effect built around a swimming pool which flows under and into the house. The playful layout of some of the spaces and the interaction with water elements make aspects of the house feel like they’re a part of a video game such as Tomb Raider. 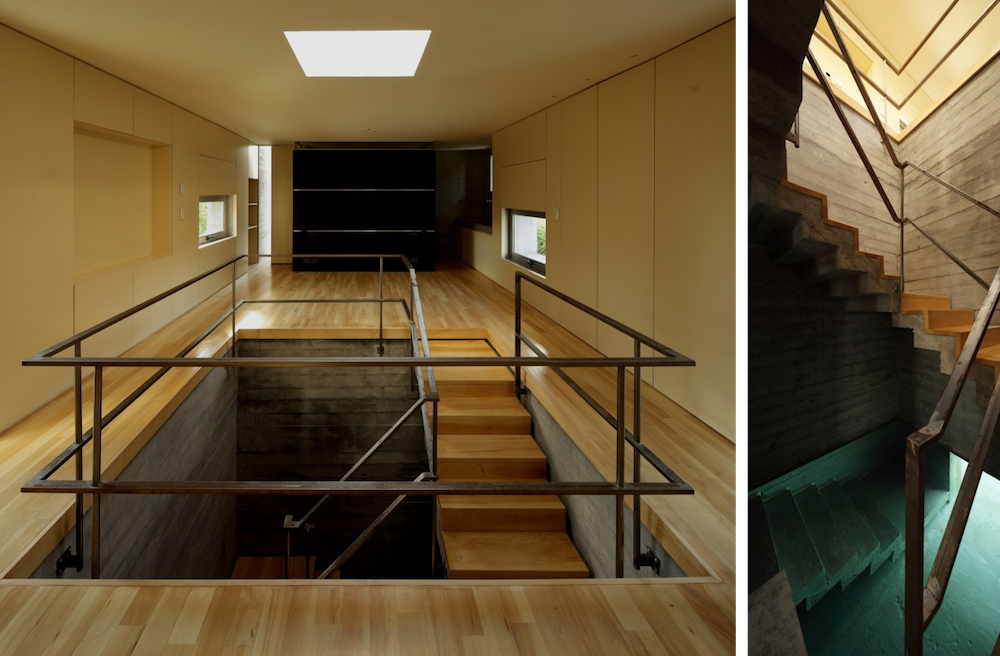 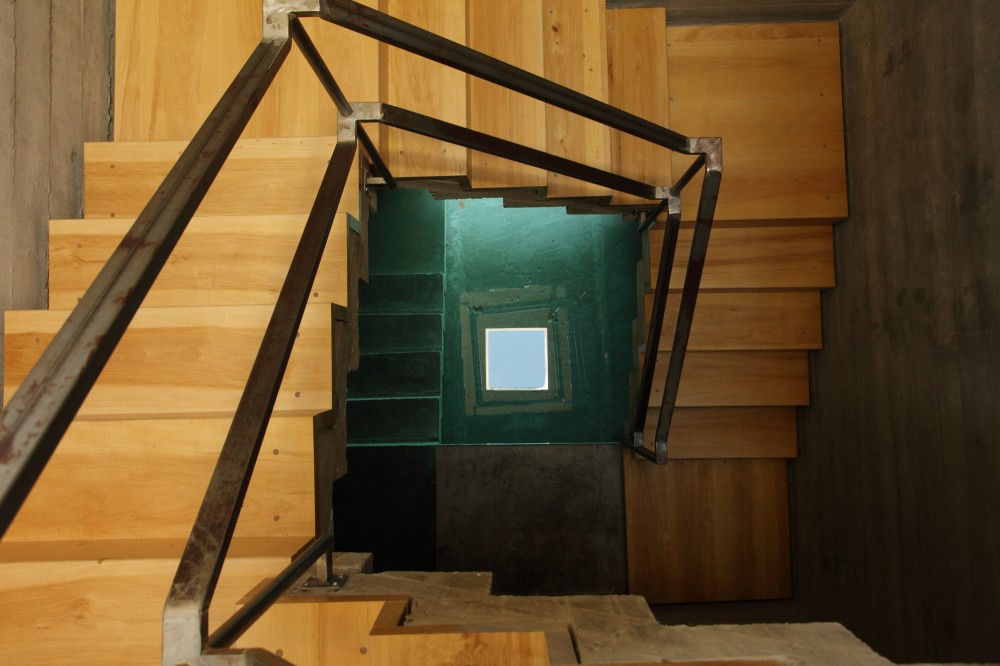 The central staircase which goes all the way down to an enclosed concrete water room is straight out of one of the Legend of Zelda’s water temples. It really is a spectacle, an unnecessary and superfluous one at that, which paradoxically makes it all the more worthwhile in my mind. 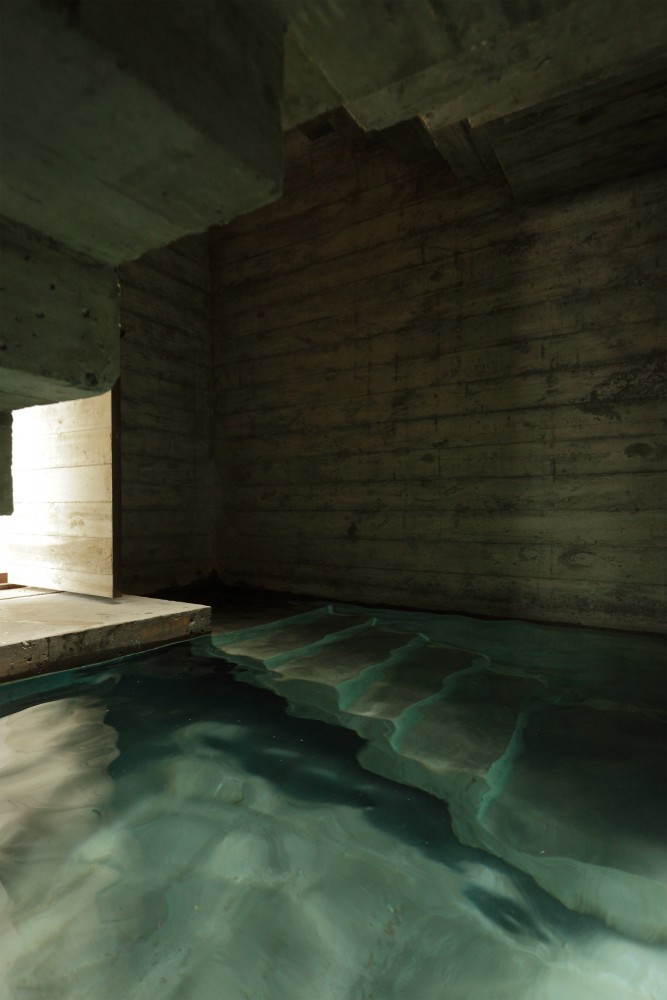 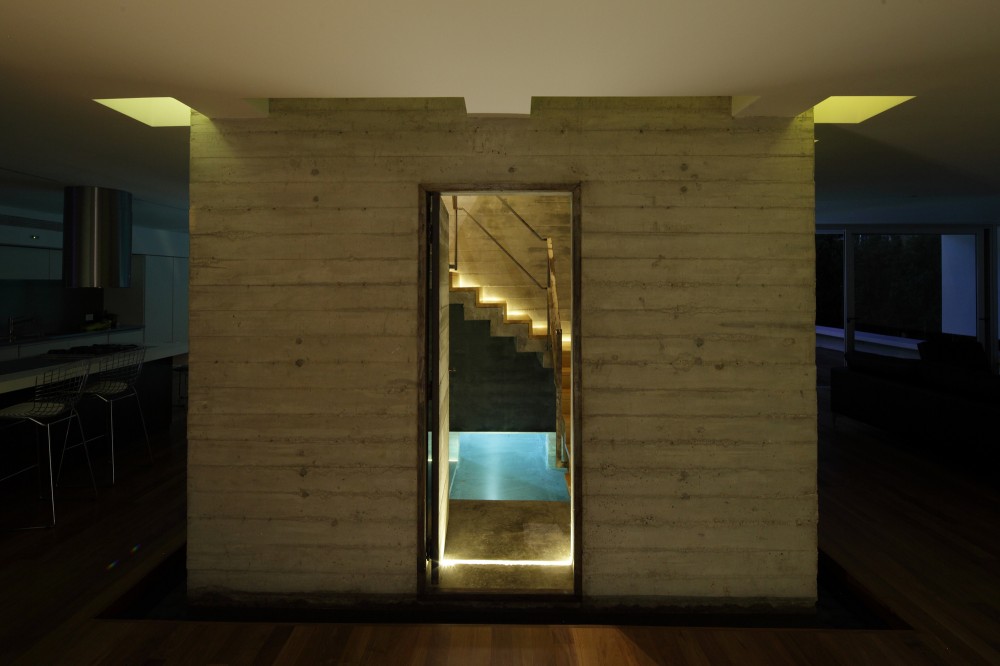 At the bottom of this staircase you have a choice of staying dry and going out of the main door to the kitchen dining area or squeezing through a submerged opening which brings you out at the main pool’s wooden platform stepping stones.

If you look carefully in the picture below you can just about make out the underwater opening at the base of the concrete wall. These fun water elements make Bunker House feel at times like a playground, but it’s concrete and minimalistic and beautiful so it’s totally socially acceptable for grownups to enjoy it too, right? 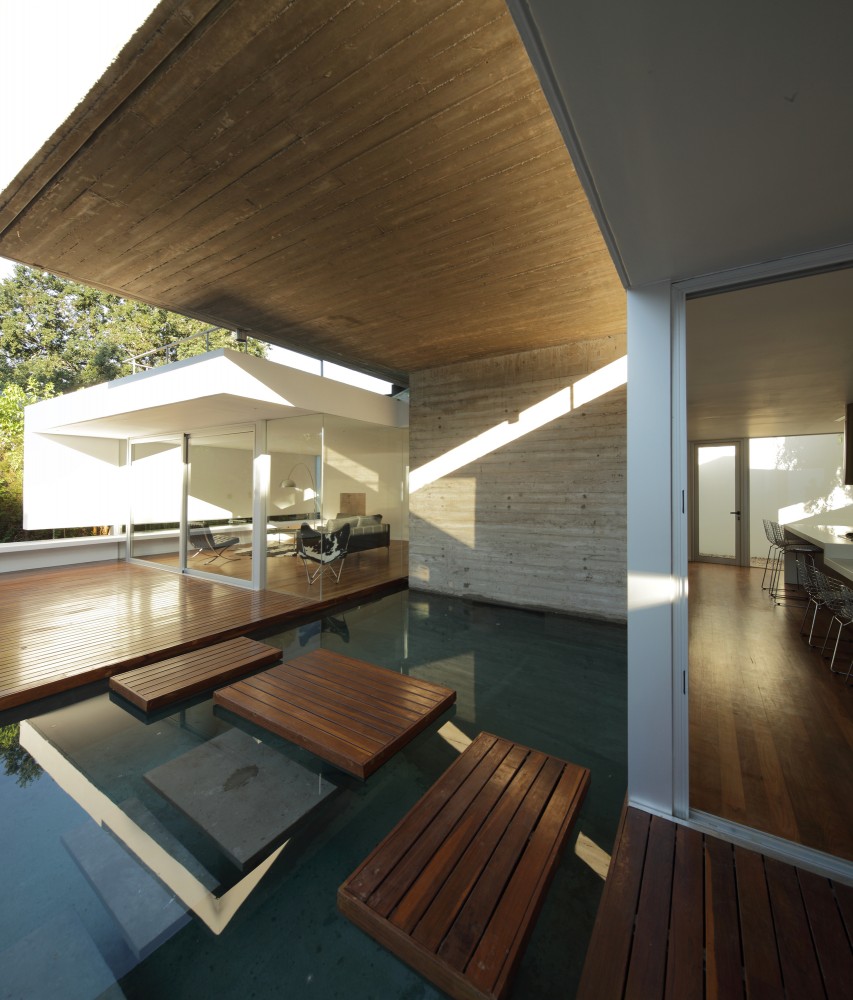 These three platforms connect the decking outside the dining area to the area around the living room. It is very evident that the outside spaces of Bunker House were built with socialising and hosting in mind and the windows between the dining area and the outside pool make the two spaces appear as one. 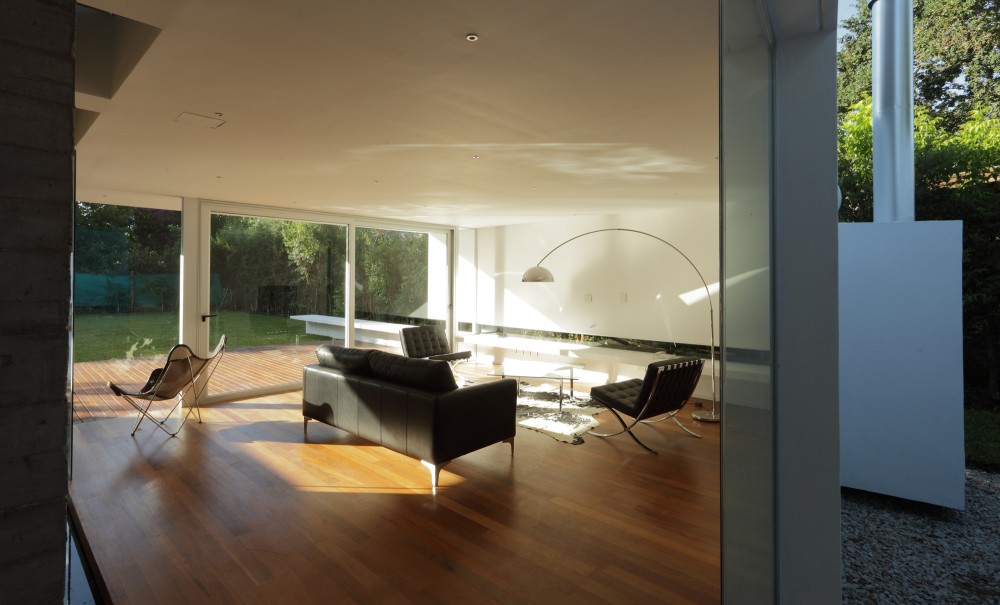 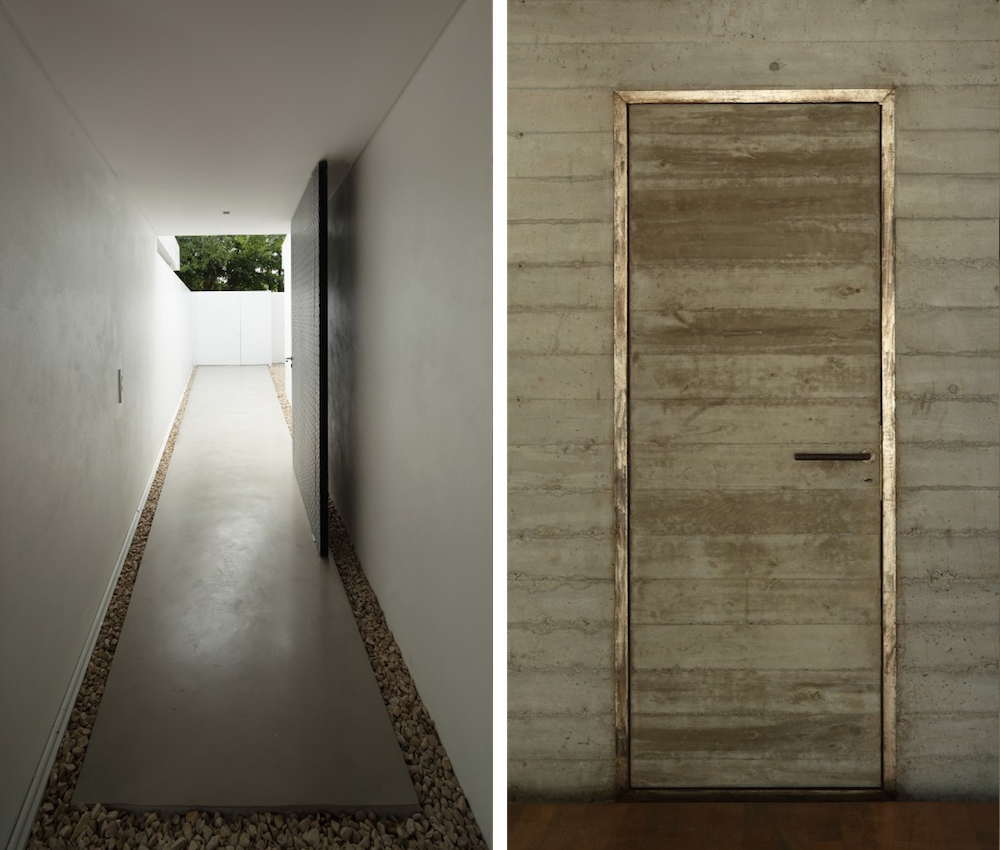