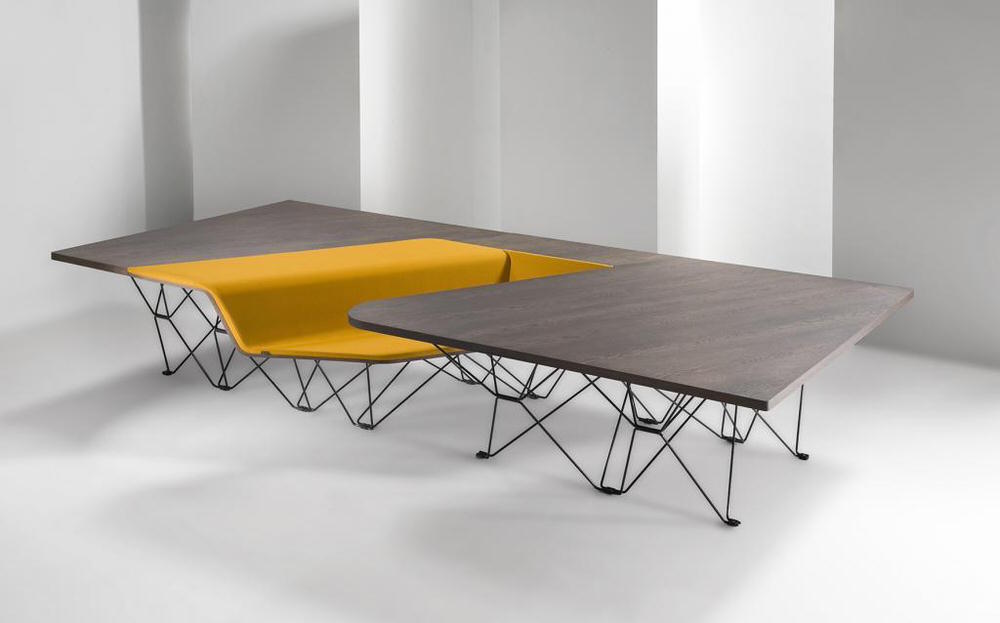 This combination table-seating was designed by Ben van Berkel of UNStudio for PROOFF, and is intended to serve as flexible multi-purpose furniture for offices and public spaces such as libraries or airports. SitTable is PROOFF’s #005 furniture piece in their range; in the past we’ve featured their modular WorkSofa range on Homeli which was #002. 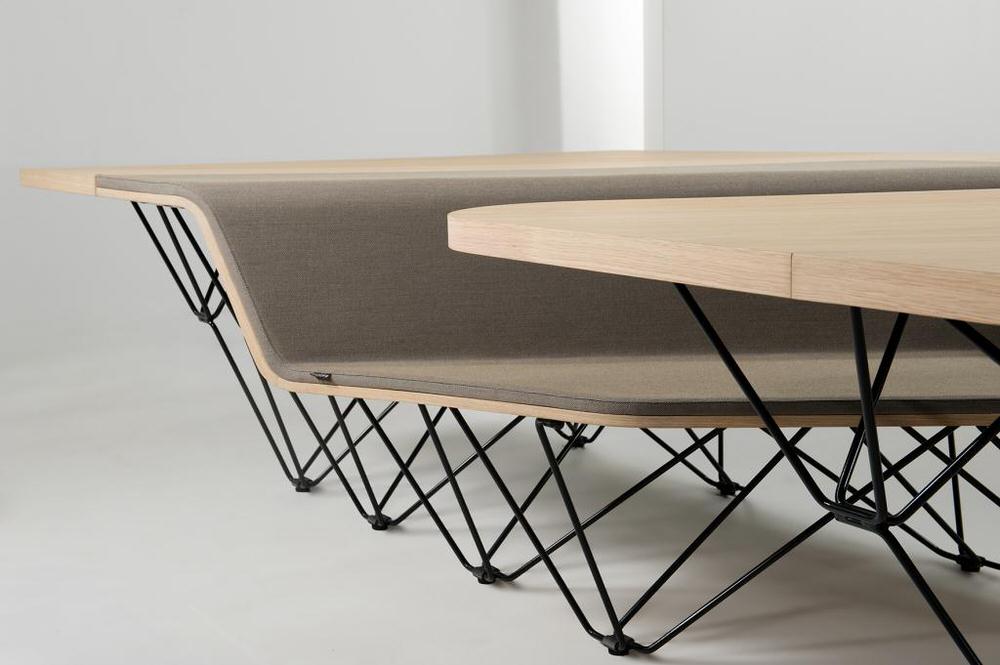 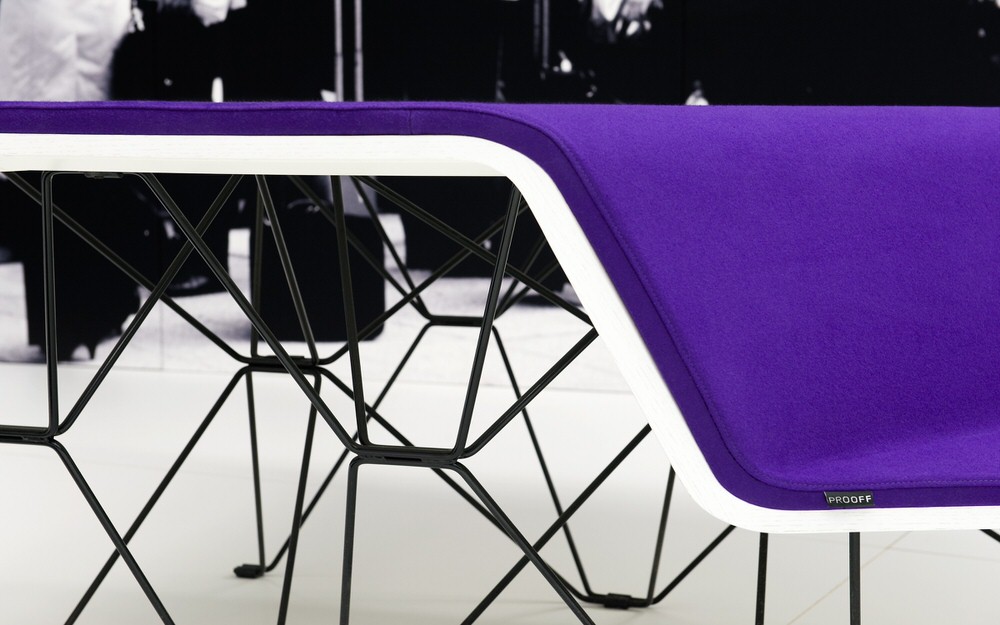 PROOFF offer by far some of the coolest corporate furniture I’ve seen. Admittedly that’s not saying much as the realm of corporate and public space furniture is usually a depressing wash of responsible economic design and committee decisions, but PROOFF’s designs are objects I’d actually want in my own home. 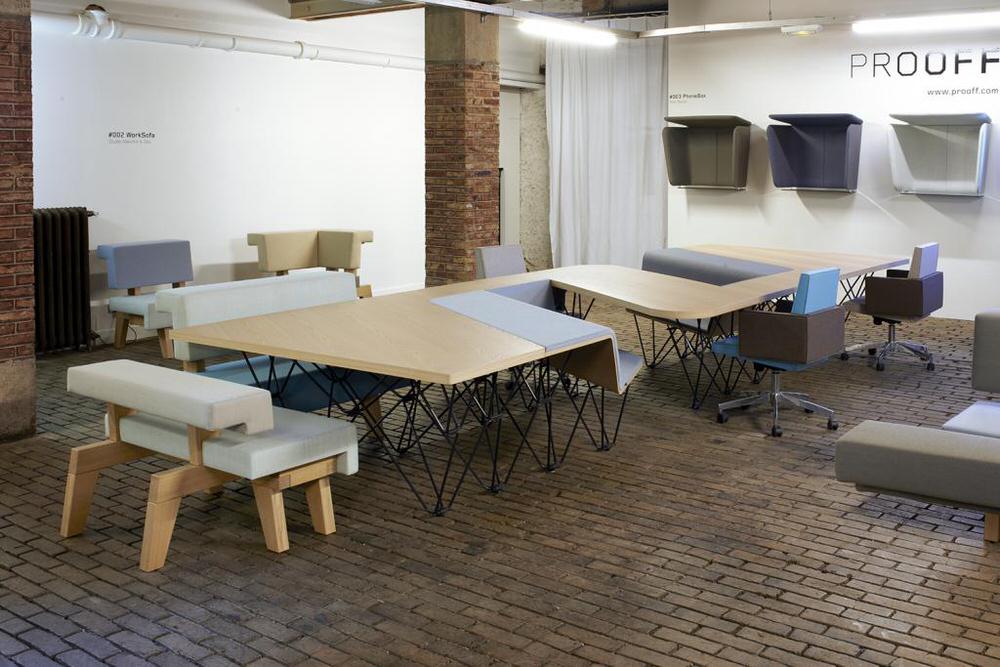 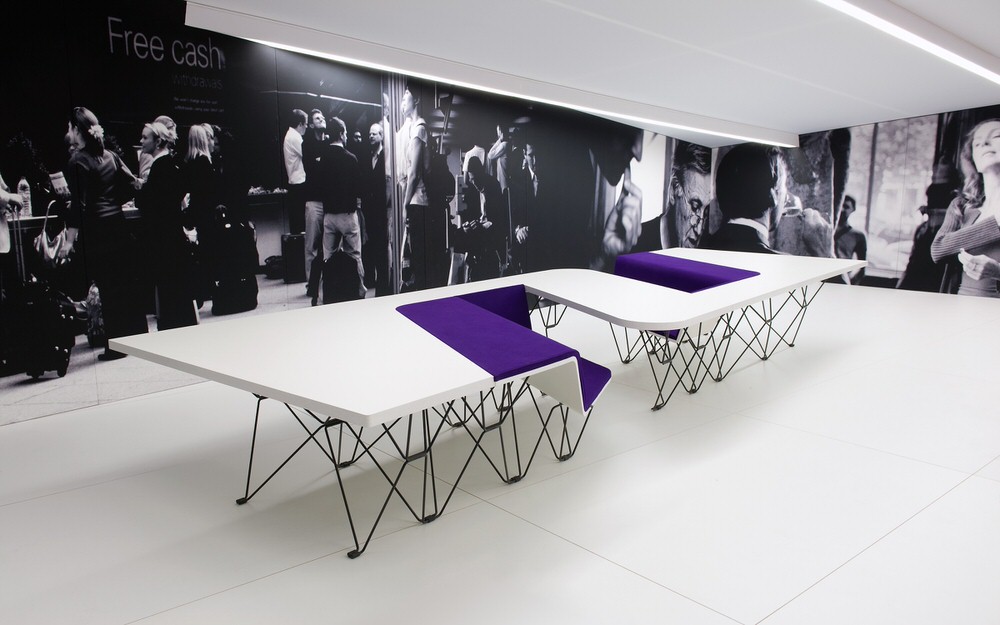 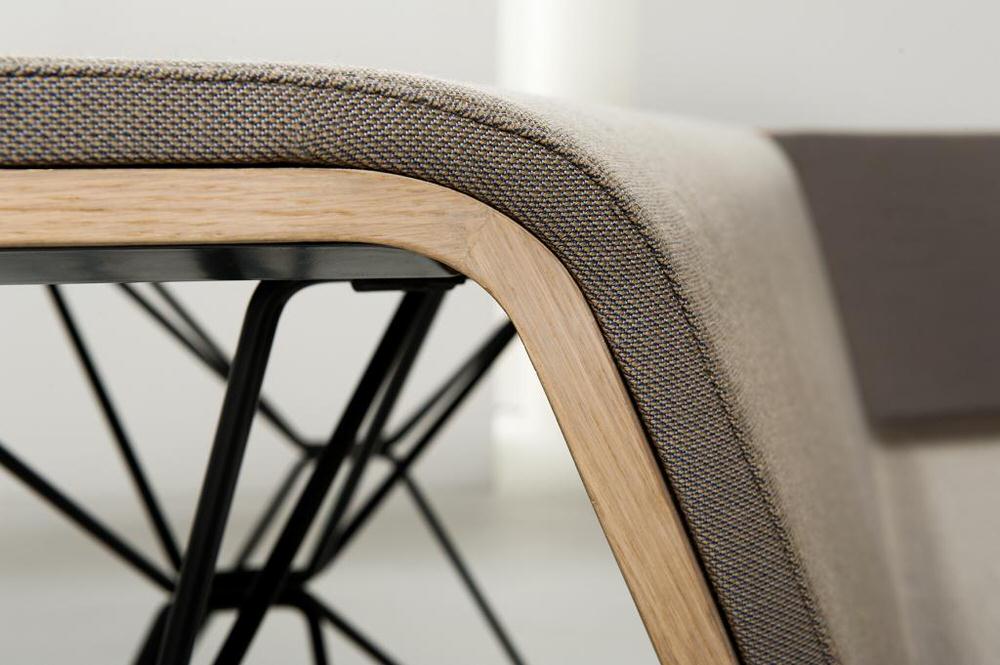 SitTable’s inset seating is upholstered in Kvadrat fabric, while the tabletop surface is available in natural oak or white HPL. The base’s complex lattice framework is made from epoxy lacquered steel that distributes the weight evenly and insures the stability of such a large furniture piece. 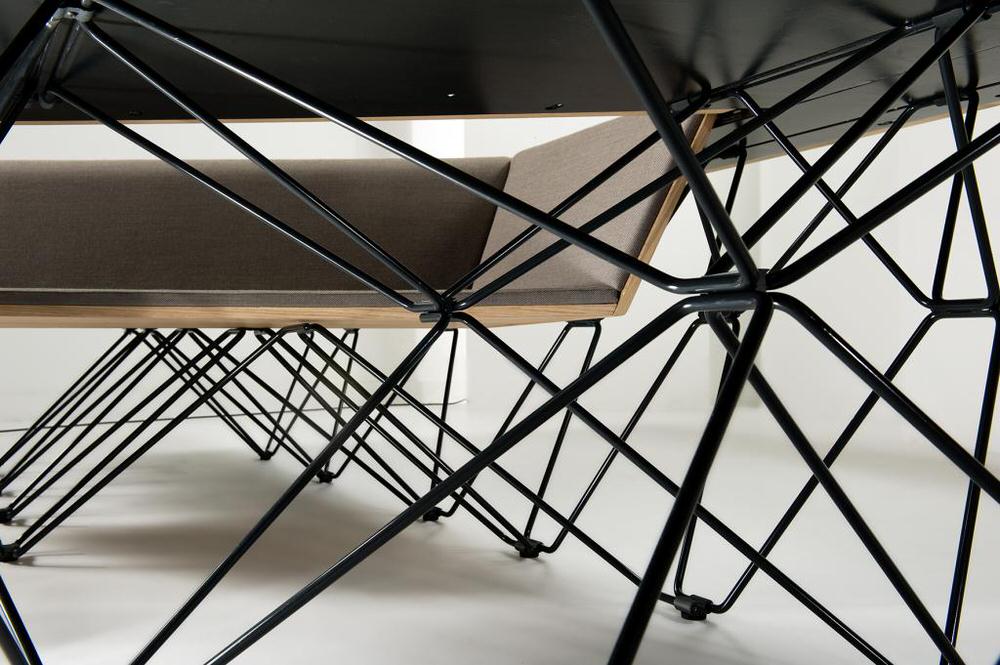 People communicate in a variety of ways. The design for the SitTable caters to the needs of these divergent varieties. It allows for the table to become a thinking place as well as a social meeting ground, whilst offering a diversity of options for functionality.Ben van Berkel, UNStudio 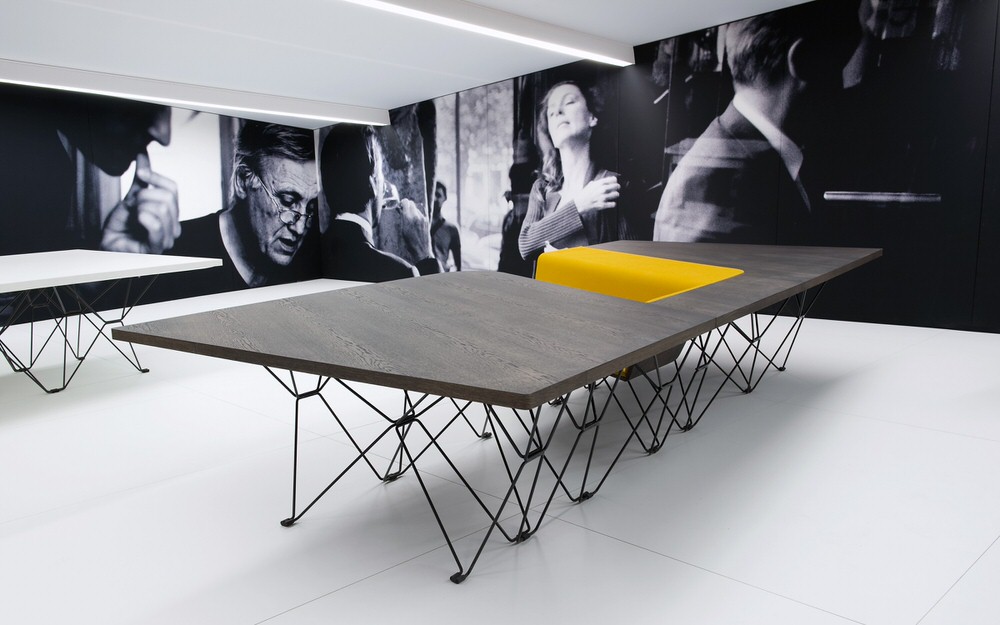 UNStudio have designed three different SitTable configurations in varying sizes with up to three distinct seating wells. There’s also the potential to combine multiple SitTables together for larger installations although SitTable certainly doesn’t offer the same level of modularity as PROOFF’s WorkSofa series. 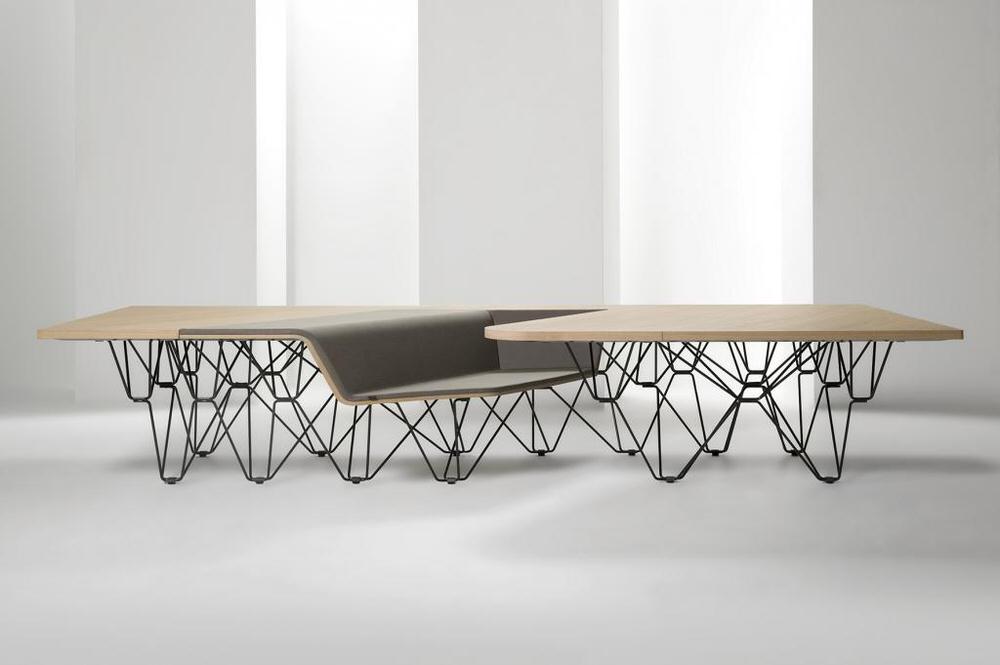